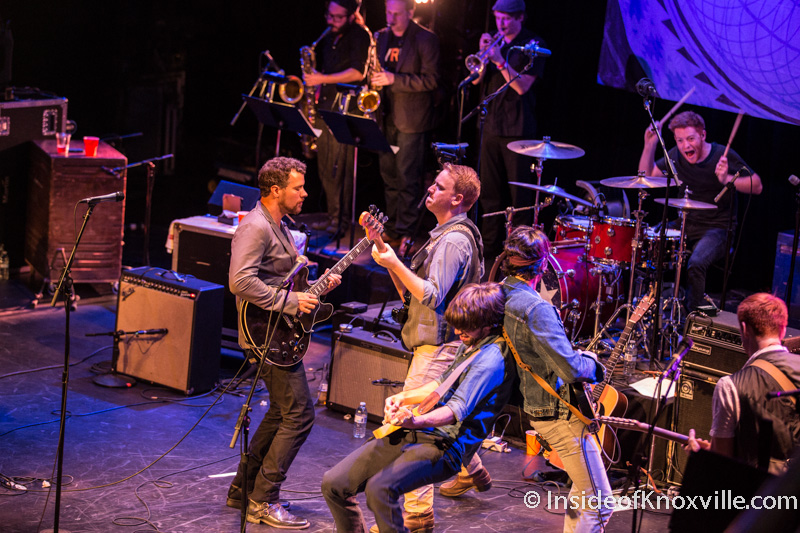 Well, you know the rest. Music is popping up so fast around the city that perhaps we should hire Julie Andrews to promote it. I’m going to run through some of the musical events popping up around town that have caught my attention. This is not intended to be a comprehensive list, but just a chance to highlight some of the recent announcements.

The first big event up to the plate is tomorrow night and it will not only include great music, but it is for a great cause. A trio of Dirty Guv’nahs (Chris Doody, James Trimble, and Cozmo Holloway) will contribute a set from their erstwhile band, while Cruz Contreras (formerly of the Black Lilies) will be joined by the always amazing Dave Eggar.

As with most concerts being announced, this one is outdoors. Located at the World’s Fair Park Amphitheater, the lovely venue was given its most recent makeover in 2018 and is a great spot for concerts, rain or shine and tomorrow night the weather should be perfect. Most importantly, the $75 tickets support Cancer Support East Tennessee, “a local nonprofit that provides support and education to people impacted by cancer, including family members and support persons.”

The annual Festival on the Fourth, always held at the World’s Fair park was cancelled months ago due to the then current restrictions. While our situation improved, it didn’t do so soon enough to have the event as it has always been held. The city has put a scaled down two-day pre-4th celebration in its place.

The first of the two events will be held on the performance lawn on July 2 and includes the 572nd Air National Guard Band of the South, as well as “jazz band Blue Groove and rock band Sound Barrier.” While start times were not given for these events, the concert concludes at 9:30 p.m. with a small fireworks display. On Saturday, July 3 at 8:00 p.m., the Knoxville Symphony Orchestra will perform at the World’s Fair Amphitheater. You can find details for this concert here.

For the two planned events, the city has requested there be no pets or alcohol, but bringing picnic foods is encouraged and bottled water will be available. The Festival on the Fourth is planned to resume next year.

Another event slated for the World’s Fair Park will take place through the month of July on the performance lawn. “Concerts in the Park,” appears to be a replacement for the popular “Concerts on the Square” series as events are looking for more space this spring and summer. Always an eclectic series, this year’s lineup is no exception. Note that, unlike Concerts on the Square, these are not weekly events, with the first three happening on three consecutive nights.

There will be no food vendors on site, so concert goers are encouraged to bring take-out from your favorite downtown restaurant. In case of rain, the event will move to the amphitheater. Here’s the line-up (and note, not all start times are the same):

Nothing, in my opinion defines the soul of the Knoxville music scene more than the WDVX Blue Plate Special. After a year-plus hiatus, the daily live shows return next week, with Monday through Thursday live from the Visitor Center and Friday live from Barley’s, live, free, and at noon each day. Announced artists so far include:

Also coming later this summer is the return of the festival when Second Bell returns to Suttree Landing Park. After missing a year, this year’s festival will feature two days of music, on August 27 and 28. Lineups will be soon!

Finally, venues are opening to music. Preservation Pub, Scruffy City Hall, Boyd’s Jig and Reel, and Bistro at the Bijou are, once more hosting live music. The Tennessee Theatre has its summer movie series going now, but welcomes live music back in August. August marks the return of live music inside the Bijou, as well.