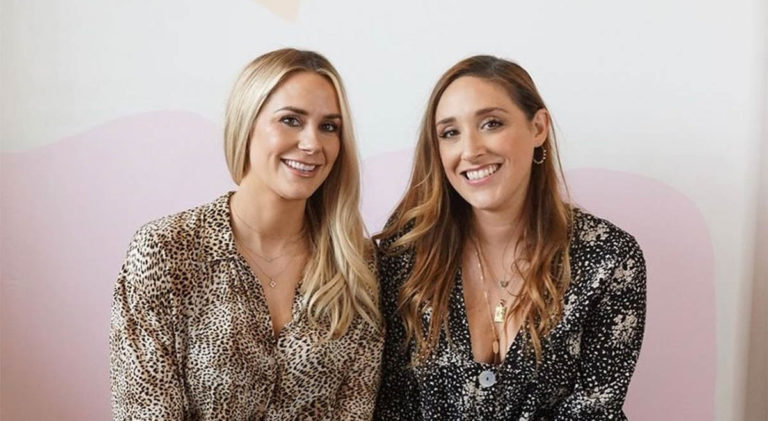 A new business has been announced for 109 South Gay Street. Sugar Coated is a hair removal and spray tanning business, brought to Knoxville by owners Megan McCarthy and Brittany Absmeier. The two have operated a business with the same name in Long Beach, California where they have both lived until recently. Brittany and her family have moved to Knoxville from California and the two decided to open their second location in Brittany’s new hometown.

Brittany was born in Long Beach and studied to become an esthetician after high school. She met Meghan when they worked together at a salon starting in 2012. In 2016 the two started Sugar Coated in a small booth they rented, and began dreaming of having their own storefront. “Sugaring” is a method of hair removal generally felt to be less painful and as effective as waxing.

They spotted a space on the beach that “looked like a beach shack.” Two days after noticing the structure, they had the keys to their new business on the beach, opening in March 2017. The two worked “day and night for about a year and built the business. They were then able to bring in others to build it further.

Megan is from a small town in Minnesota but moved to California and worked for twenty years doing makeup for television shoots. She got her esthetician license and, on the advice of an instructor there, also got a nursing degree to be able to administer botox injections, perform laser skin treatments and skin resurfacing.

Brittany said that she and her family had been considering a move from California for a couple of years and began their search in earnest over the past year. They knew some people who lived in Tennessee and loved it. Her sister-in-law’s brother lived in Maryville and love it there. Grandparents, parents, Brittany and her two children, Rocky age four and Lucky, age two will be making the move. She said the family has been impressed with the kindness of the people they have met.

The two said that business was as good as ever during 2020, despite the pandemic. The location was great on a beach with kayak rentals and other outdoor activities which were as favored as ever over the last year. Personal services were allowed to remain open, and many people took advantage of the time to take better care of themselves. The California location continues to do well and the two had been looking at expanding but found the competition stiff in California. With Brittany’s move, a Knoxville location seemed an obvious move.

They describe “sugaring,” as an organic form of hair removal and said they strive for a fun place to see your girlfriends. They will take appointments but will work with walk-ins where possible. The 100-block location, they said, was the perfect size and fit. They hope to open June 29 and expect hours to be 9:00 am to 7:00 pm Tuesday through Saturday. Brittany will operate this location with two additional estheticians and a person at the front desk. Megan will continue to operate the California location.