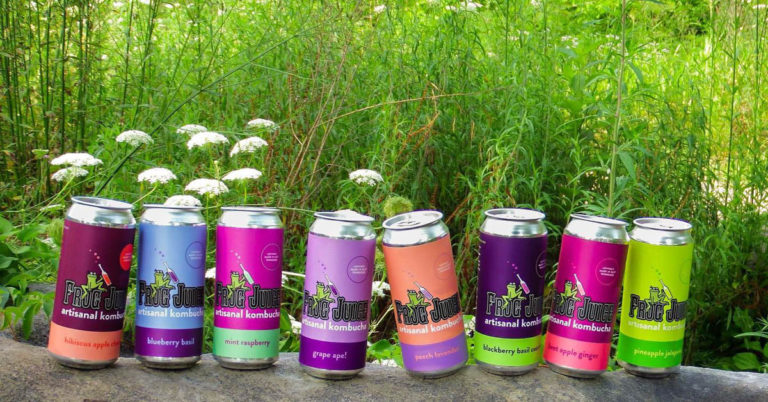 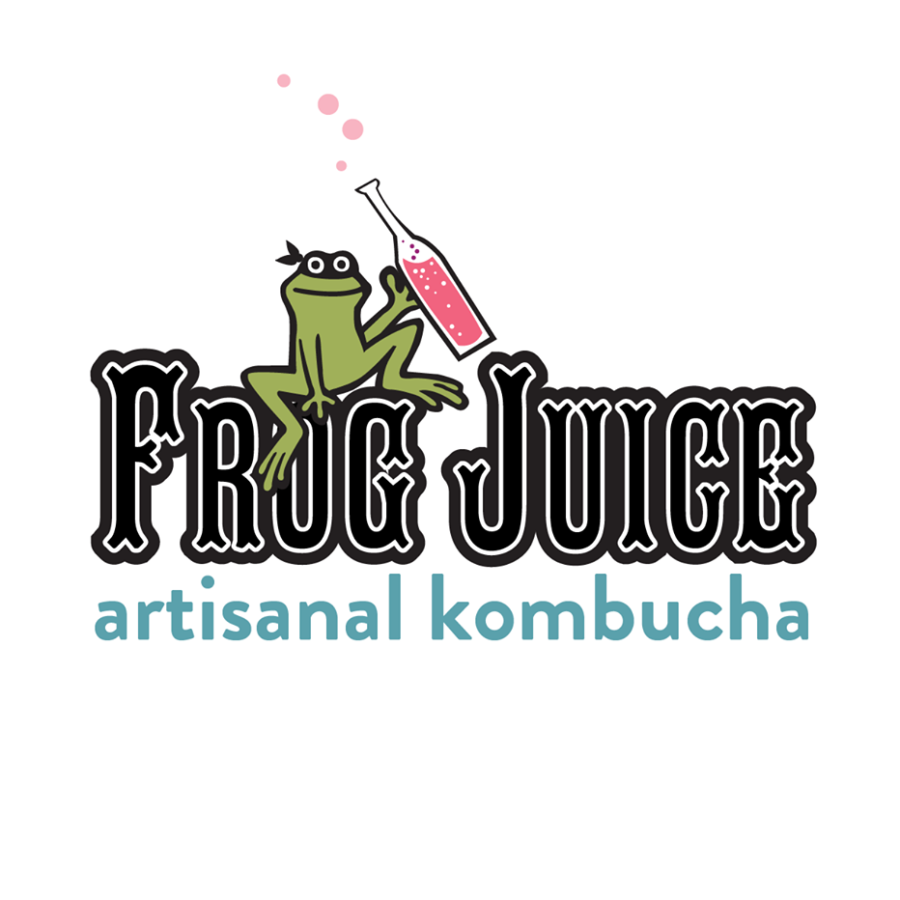 Why “Frog Juice?” I met with founder “Frog” Greishaw and Head of Brewing Operations, Ben Clingner. To give them their due, the website identifies Frog as the “High Priestess of the Cauldron and Minister of Sales,” while Ben is identified as the “Fermentation Wizard and Stainless-Steel Sherpa.” As implied by the titles, they have a sense of humor, but behind the fun is a serious business model.

Frog explained that her name came from the fact that her father studied reptiles and amphibians when she was a child. “We were the house that had a reptile room in the basement.” Feeding day was big and all her friends wanted to come over to see mice eaten by the current inhabitants of the basement. “It was great. I learned the cycle of life pretty early!”

She grew up in Richmond, Virginia, but left as soon as she was able feeling suffocated by the reminders of the Civil War all around her, from the boulevard of heroic statues of generals to the name of her high school sports teams. She toured festivals, including following the Grateful Dead. She eventually found her way to Chicago, where she lived for seventeen years before moving to Knoxville.

Working as a bartender for twenty years, she began making kombucha as a hangover remedy and sharing it with her friends. She says it is good for your liver and has “great amino acids.” She stopped drinking alcohol and started taking her juice to festivals where she was doing production work and sharing it with campmates. Many of them made suggestions along the way and she formally founded her company in 2014. By 2016 it had become her full-time employment.

She started in her kitchen and began working on recipes. She started by repurposing drink bottles from bars because she was dismayed by the waste. Chicago was not recycling glass. Eventually, she wanted to leave Chicago and found, “Knoxville had the most green-lights.” She said “getting stuff done was more difficult” in Chicago. She said there was a “lot of red tape.” She moved to Knoxville in 2017.

Ironically, when she moved to Knoxville, the Chicago portion of the business exploded, and she found herself brewing here and driving there every two weeks. She brought on more help. She said the produce is great here and the relationships she’s formed with farmers has been very good. “We’ve been so well received.” She considered five different locations and really liked what she found here and wants to be a part of what is changing and good in the south.

She said the water she gets from her well on her property is a great quality for what she is doing, and Knoxville is in a great geographic position to serve as a hub for distribution. “It was definitely with an eye toward growth that I moved here. We’re moving into a really great location.”

She said they previously had an extremely ambitious plan including a brewery and hotel and an investor was lined up to back it, but due to global economic concerns surrounding the pandemic backed out. Ben said, “We went from March 2020 planning a multi-million dollar project to” all the businesses purchasing their products closing. Deliveries to Chicago became difficult. The decided to scale down plans and focus on the east Tennessee area.

They shifted to a focus on grocery stores and other locations not all related to the hospitality for now. They emphasized Farmers’ Markets and soon were selling through their inventory faster than they could replace it. They plan to return to Chicago and other markets – even internationally. They want to open breweries at other hubs domestically after completing their local ramp-up here. Their production level, which is currently about 500 gallons a month, should ramp up to 1,500 a month immediately and soon move to 3,000 to 5,000 in the new space.

Ben, who is leading the expansion that is underway, is researching, purchasing and will eventually install the equipment needed to ramp up production. He grew up in east Tennessee and has twenty-one years of beverage experience. He and Frog met two years ago, and it was from her he had learned about kombucha. He had retired from the beer business and was interested in the non-alcoholic beverage she was brewing. She was talking about expansion, and he told her, “I know a guy who could facilitate that.” When she asked, “Who?” He said, “Me.”

He sampled kombucha made by others and realized that what she was doing was special. He learned the process from her and became increasingly committed to becoming a part of something he feels is superior to other similar products. He said he’d “made a lot of other people rich” brewing for them and had always wanted his own brewery.

Feeling his skill set prepared him for the moment, he became a partner in the company a year-and-a-half ago and committed to taking the company to the next level while maintaining the quality of the product. “There’s a lot of love and intention that she puts into her product.” He is worked with breweries, distilleries, and wineries, and said there were elements from each that served him well as he started making kombucha.

They currently have about fifty accounts and, as production increases, they will be looking to expand that dramatically. Currently self-distributing, they will engage a distributor when that becomes practical. I commented on the detailed business plans and Frog said, “I’ve been hustling since I was a little kid. I undercut all the other babysitters on the block by fifty cents an hour when I was in fifth grade. I’ve always looked for a way to make things work.”

She says she recognizes what is out of her realm and she focuses on her strengths. “We have an amazing support staff in place.” Computers, taxes, and other details she hands off to those who are good at those things. For her, the focus is making and delivering a good product. “I feel like we’re building it the right way. Knoxville has great resources.” She commented on the web of interconnected talented people locally.

They are excited to grow and happy that they will be able to employ more local people. Ben hopes to add a production person in July. He said he can easily see adding five additional people in coming months. And that is before they begin opening additional breweries around the country. They both stressed that the fruit should be drawn from the region where it is brewed. Frog said the physical benefits are greater when for us when consuming locally grown products.

A year ago, they moved to having the product canned and completed a rebranding. Up to that point they had hand labeled each bottle by hand and their new larger labels designed by Emily Hoffman. Every move to this point has been designed with reducing the labor-intensiveness of each unit produced, which will allow them to produce a greater volume while focusing on the quality of the product.

Part of the move to cans was an effort to be more environmentally conscious because cans are easier to recycle than glass which, in our area, requires transport to a recycling center. They are still hand-filling and seaming, but they will soon have use of a canning machine. They are also working on ways to reduce water waste in their production. They use biodegradable packaging for shipping and are looking for other ways to reduce garbage.

They are not quite prepared to talk about the coming expansion, but it involves sharing some equipment and a building with two other companies. It helps with overall cost, and they would not really need the equipment full time, so it should work for all involved. For now, they look forward to growing the business and helping the community. The new location will be in north Knoxville, and I hope to have details, soon.