The Five Thirty Lounge Atop the Hyatt Place Opens Today 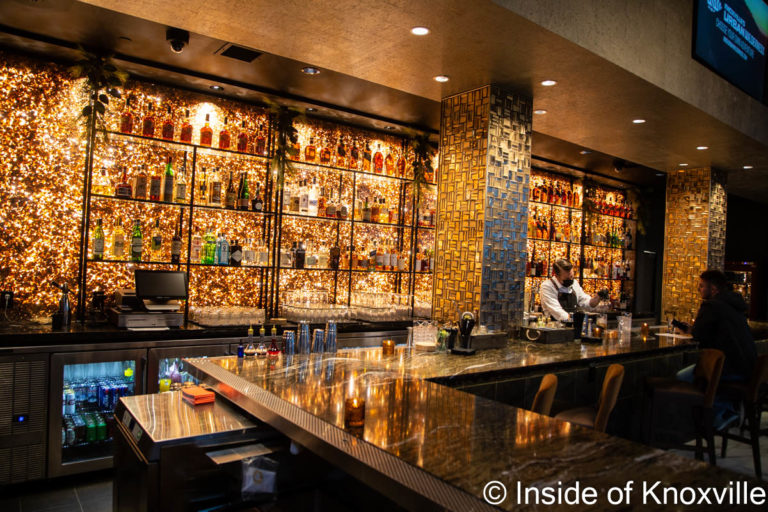 The Five Thirty Lounge on top of the Hyatt Place hotel opens today. The hotel opened in July 2018 and a rooftop bar was opened in August of that year. The space included about 5,000 square feet on the eastern side of the rooftop and was successful from the beginning, with lines forming downstairs on a regular basis. It closed earlier this year for a massive renovation.

Rick Dover, whose Dover Signature Properties owns the building, said that he knew what he wanted to do with the initial phase of the rooftop bar when the hotel opened. Determining how to utilize the remainder of the space was more of a challenge. During 2018 and 2019 he traveled to cities across the country visiting rooftop bars to collect ideas to build his ideal space.

What resulted, after much work moving HVAC systems and reconfiguring the space, was essentially three inter-connected venues including the original space, an exterior space on the west side of the rooftop and a high-end design interior space. Each of the spaces will be available for reservations by groups.

The project was guided by Design Innovation Architects and SK Ballard Interior Design developed the interior space. Mr. Dover described the interior space as “an organic and eclectic, sophisticated design.” The space is just that and more. The backdrop for the bar shimmers in gold and the lighting, designed by Tom Dixon of London, England is striking. The art is also high-end, featuring large works by Knoxville artist Mark Carson English.

Mr. Dover recognizes the period during which he is opening and says that the space will be in full compliance with all local regulations and will operate far below capacity until the current pandemic has abated. Employees are tested regularly, elevator access is limited to four people and masks will be expected.

The bar and terrace will operate as an independent business from the hotel, while providing an amenity for the guests. Bookings will be through Resy and a website is coming soon. After today’s opening, the lounge will be open Wednesday through Saturday from 5pm to 10pm.