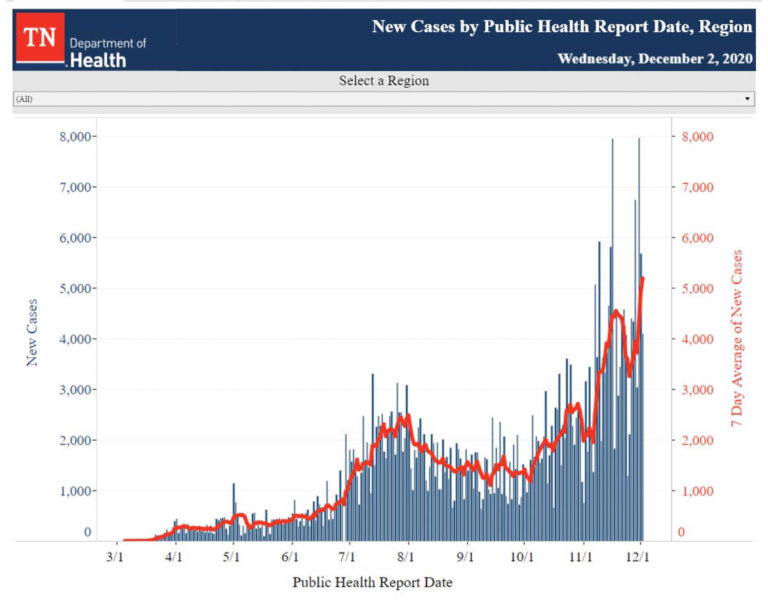 Good afternoon, everyone. It is another beautiful day in the city. Urban Boy’s kindergarten class has a kindness challenge of the day every day and today is hug day. I’m liking it. Next up: He tells me if I’ll shave today, I can have three more hugs. Three-for-one deal! I miss hugs. When I get this vaccine, I might just hug every one of you. Not a hugger? You might want to avoid me for a while once I’ve been cut loose.

Regarding the number of active cases: I’m revising the way I calculate the number. The state website changed formats a couple of months ago and, while it continued to publish the number of confirmed and probable cases, it began grouping them on the front page of the portal and simply calling them “cases.” Interestingly, it stopped publishing an active number, changing from posting it on the front page each day, to not mentioning it at all. It continued to separate out the confirmed and probable cases on a secondary page and that’s what I’ve published each day.

That impacts the number of active cases because, left to figure it myself, I’ve subtracted the number of inactive cases from the confirmed cases to get the active case number I’ve reported. I did this with the understanding that probable cases were not included with active cases, hence inactive cases would be subtracted from only the confirmed numbers. This is, I believe, what Knox County does. I know that Dr. Buchanan stated very clearly in the early days that probable cases were not included in active numbers unless a person got a positive test.

I dug a little deeper on the Worldometers site and see that they do post active case numbers for the state. The number is calculated based on total cases – confirmed and probable – minus the inactive number. I’m going to start using their number because it has to more accurately reflect the number of people who currently have active cases of the illness. The numbers I’ve been reporting didn’t even cover the total of new cases reported for the last two days and cannot be accurate.

Worldometers is reporting an active case load for the state of 37,482. For the last seven days, the state has averaged 5,187 new cases per day, a record. It breaks the record set the day before. An average of nearly 5,200 over the last week also makes the 37.5 K number of active cases make a lot more sense.

The state reported 50 additional deaths for the day, bringing the pandemic total to 4,688 who have died from COVID-19. The seven-day average of deaths is 32 per day, down from 37 per day the day before and down from a peak of 59 per day set just before Thanksgiving. It’s getting late to think this is a reporting anomaly from the holiday, but the trend over the last week is counter to that in the U.S. and Knox County. It seems very unlikely to hold as our hospitals continue to fill.

The state reported results for about 22.7 thousand tests yesterday, a low average number for recent months. It brings the total tests for the state to almost 4.6 million. The state was once highly ranked for testing in comparison to other states has now faded to 16th in per capita testing as other states have developed more robust testing programs. The reported positive test rate for the day was 18.05%, while Johns Hopkins has the state at a seven-day positive test average of 14.5%.

The Knox County Health Department reported 207 new cases of COVID-19 in the county, bringing the totals to 19,522 confirmed cases and 1,111 probable cases. In the first three days of December, the county has reported 1,021 new cases, slightly more than the number reported in the first eight days of November.

135 COVID-positive Knox County residents are now in the hospital, bringing the pandemic total to 612. Current hospitalizations continue to run over 20% of the pandemic total and, for the fifth consecutive day, the number represents a record.

Two additional deaths were reported for the county, both in the over 75 age group. It moves the Knox County total to 181 deaths from COVID-19. In three days the county has reached 14 deaths from the illness. In November, by far our worst month for deaths in the pandemic, that total took nine days to reach.

The state website reports a 15.9% seven-day average for positive test results in the county. This contradicts the 20.17% seven-day average posted just yesterday on the Knox County Health Department website. This is particularly odd since the local page draws data from the state data for that number.

In case you missed it in the other article, I’m including a chart of the current hospitalization situation in our regional hospitals. Please note that it shows that as of this week, we had a total of 8 ICU beds available across area counties including Knox.

Charity Menefee began today’s briefing by thanking the health care workers who are caring for our community. She discussed the new CDC guidelines and said the switch will not be immediate, but they and the state are working toward implementing the new procedures. The new guidance calls for 7 to 10 days release from quarantine, which drops possibly prevention of spread from 100% to about 95%, but the hope is more people will comply.

She reported the numbers above before discussing benchmarks which, as noted yesterday are all red for the first time. The average daily new case total was 243 for the past week and 208 for the two weeks. She pointed out how rapidly cases are increasing even week-over-week. Lab turnaround time has increased to 5 to 6 days and is approaching 7 days.

She urged people to take personal responsibility to quarantine if you have been exposed and start calling close contacts. She noted the stress to area hospital resources and the number of increased deaths.

The Knox County School System reports 190 active cases of COVID-19, 130 among students and 60 among staff. The number is a new high. 1,018 students and staff are reported to have recovered.

2,522 students and staff are currently in quarantine or isolation. Of these, 2,247 are students and 275 are staff members. This number is also a new high, but it will likely drop in coming days, due to new CDC recommendations. Current recommendations call for 14 days of quarantine for someone who has been exposed to the illness, whereas the new guidance sets that number of days at 7 to 10 days, depending on the circumstance.

Both teacher and student attendance metrics have returned to green ratings, leaving only custodial and substitute availability metrics at anything other than green. Both are red.