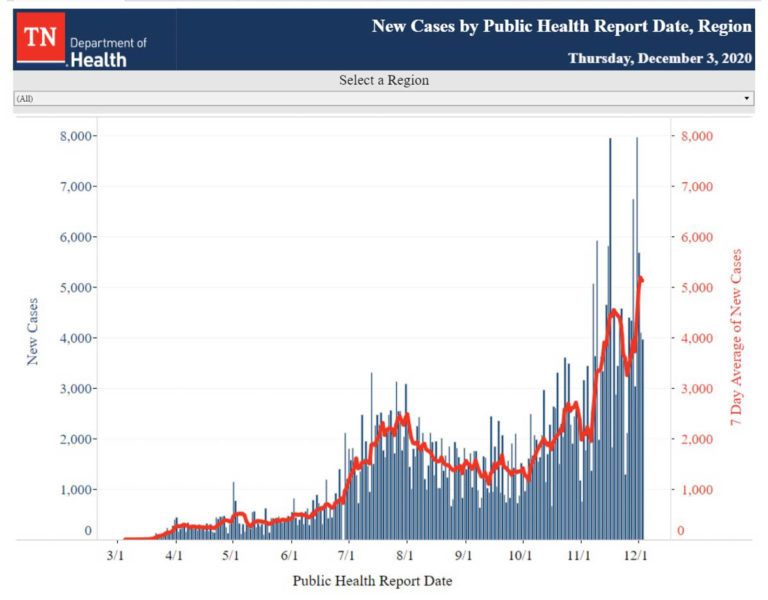 Happy Friday, friends. I hope you have made plans to relax and get away from the bad news for a bit. We will watch some college football, as usual, and I think for Family Movie Night we may start by watching the new Clarence Brown Theatre offering of Truman Capote’s A Christmas Memory, a story we love. It feels like a perfectly comforting offering for this stressful time. The production is free, but donations to Second Harvest Food Bank are encouraged. See the promotional video at the bottom of this article.

We are hitting a difficult time. The U.S. has hit new highs for both deaths and cases each of the last two days. Divisions still exist and may have deepened. It does not seem there will be any point in the severity of the pandemic that we are all brought to agreement. I learned on FB yesterday, from a person who says the virus is the “flu” and masks are a “medical burka,” that I am now I am now part of a “(((group)))” (triple parentheses!) of “fear mongers weaponizing altruism against the community’s best interests.” I think that will look great on my resume!

The state of Tennessee reported 3,967 new cases of COVID-19 yesterday. The number of cases has dropped each day this week as a smaller number of tests has been reported each day. The new cases bring state totals to 356,548 confirmed cases and 31,704 probable cases. 347,412 people are considered to have recovered and 36,059 Tennesseans currently have an active case of the virus. The seven-day average for the state is 5,126 cases per day.

The state also reported 93 deaths from the virus for the day, which is a new high. It surpasses the previous high of 92 set last week. That comes on a day when the U.S. set a new record for deaths for a second consecutive day at 2,918. To put the current rate of deaths in other states into perspective, on the day that Tennessee had its highest death total of the pandemic, the state only ranked ninth among U.S. states for the day. The state is currently averaging 38 deaths each day.

An additional 100 Tennesseans were hospitalized yesterday, marking the third consecutive day that number has been at or above 100. It brings the pandemic total to 12,410 people hospitalized in the state since the beginning of the pandemic. That the current total hospitalized with the illness did not set a record is remarkable for recent numbers. The total hospitalized dropped by 4 to 2,874. Similarly, small drops were also reported for ICU and ventilator patents which currently number 619 and 303, respectively. ICU bed availability remains at 8% across the state.

The Knox County Health Department reported 310 new cases today, marking the sixth time the county has surpassed the 300 mark for a single day. All six have come since mid-November and three of the first four days of this month have hit the mark. The new cases bring our case totals to 19,832 confirmed cases and 1,126 probable cases.

18,316 Knox County residents are considered to have an inactive case of the virus and 2,459 have active cases. The number of active cases remains just behind the high of 2,597 set two days earlier.

For the first time in a week, todays hospitalization number is lower than the previous day and does not set a pandemic record. 125 COVID-positive Knox County residents are hospitalized, bringing the pandemic total to 616.

Two additional deaths were reported today, both in the 75+ age group, bringing the total who have died to 183 in the county. The state reports the seven-day average for positive test results for the county at 16.7%.

The Knox County School System continues to set new pandemic highs for case numbers among students and staff. As of yesterday afternoon, they are reporting 147 students and 70 staff members have the virus, for a total of 217. 1,038 students and staff have recovered, and 2,520, also a record, are currently in isolation or quarantine.

Even with the elevated numbers, the school system has its metrics for both teacher and student attendance set at green. The only metrics rated in the red category continue to be custodial staffing and substitute availability. Even with a system-wide average rating of green for teacher and student attendance, particular schools are struggling, which has led to four additional school closures since yesterday’s report. The current list now includes: