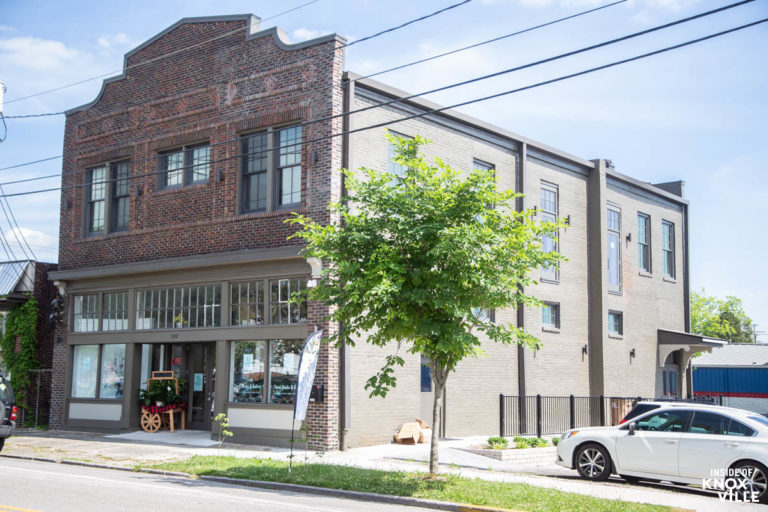 I’ve had several people ask about the fate of the Flower Pot location on Gay Street. It closed at the end of 2020 and the windows are currently covered in brown paper. I originally assumed, like many businesses, they were waiting for the right time to reopen. I’ve since learned that was not the case. While other locations remain open, this one has closed permanently.

The full story is a bit more complicated, in that long-time owner Emily Campen sold the businesses, including the Broadway location and Betty’s Florist on Chapman Highway. After making the early 2020 purchase, the new owners, Raylene and Stacey Browne, intended to keep all locations open, but had concerns about the condition of the small building at 700 South Gay Street. As a result, when the lease expired at the end of 2020, they closed that location.

The couple who also owns Little Pigeon Florist in Pigeon Forge and Gatlinburg Florist at Satterfield’s Old Fashioned Grocery in Gatlinburg, renamed Betty’s Florist to The Flower Pot and Eatery. From Kentucky, they also own businesses there.

Additionally, and perhaps of most interest to readers in the Parkridge area of East Knoxville, they have opened a full service florist shop, paired with grocery items and prepared foods at The Flower Pot Galleria and Eatery. The business offers in-store dining, food-to-go and plan to include more catering as they go, servicing weddings, for example, with both flowers and food.

Mr. Browne said they have faith in the area as it moves forward and the building provided enough space to fulfill their vision for the spot. He said the community has been incredibly welcoming and business has been good out-the-gate. He said the objective is to have a space that makes everyone who comes inside feel good.

You can follow them on Facebook for updates, including daily food specials (it was shrimp scampi last Friday). Pro tip: Don’t be hungry when you scroll through the page and look at previous days, or it will drive you a bit mad.