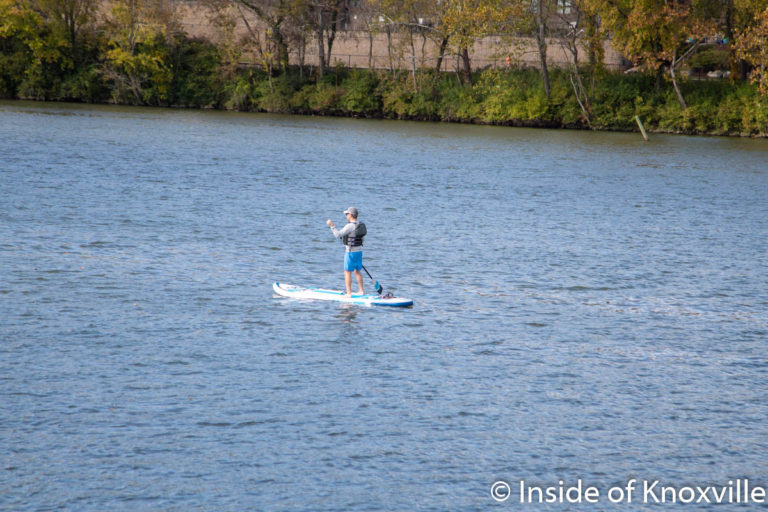 I first told you about the project last September. A passion project for University of Tennessee Associate Professor Brad Collett, The Tennessee RiverLine Partnership explores the potential of the Tennessee River as a massive public space, from a range of perspectives, including potential economic impacts, preservation, tourism and the powerful capacity of a natural feature to connect us to our greater world.

At 652 miles in length, running from Knoxville, Tennessee to Paducah, Kentucky, the river and its reservoirs total 470,000 acres of public space. It is bordered by over 700,000 acres of additional public land including state and local parks, as well as national park service land. As a point of comparison, the 1.2 million acres is more than double the 520,000 acres of the Smoky Mountains National Park.

Supported by TVA, and buoyed by a three-year grant, the program has now enlisted fifteen cities, from Knoxville at the mouth of the river to Paducah, Kentucky at the other end where the Tennessee River joins the Ohio River, to be a part of the project. On Friday, Knoxville and Paducah timed their announcements to coincide.

Managed by the non-profit Tennessee RiverLine Partnership, a diverse group of river advocates, the RiverTowns initiative aims to enhance paddling, hiking and biking experiences along the 652-mile Tennessee River, from Knoxville to Paducah, Ky. The partnership offers a vision for, as it puts it, “North America’s next great regional trail system.”

Along Knoxville’s 14 miles of river, the City of Knoxville offers seven boat and kayak launch areas, seven City parks, Ijams Nature Center and about eight miles of paved waterfront greenways, with more riverwalk being planned along the South Waterfront.

At a small and brief ceremony at Suttree Landing Park on Friday, the collaboration was announced with Councilman Tommy Smith, Professor Collett, Mayor Kincannon, Carol Evans of Legacy Parks, representatives from Ijams and other city officials present. Notably, the event was held outside, and participants were masked and distanced.

Professor Collett said, “No trail is complete without a trailhead,” and said of future visitors drawn by the trail, “I am proud of what they will find in my hometown.” He thanked Ijams, Legacy Parks and others for their help getting the project off the ground.

Mayor Kincannon spoke fondly of the river, which she described watching from her office. She said she sees the fog rolling in off the river, the barges engaged in commerce, kayakers, and the VOL Navy in better years. She noted that “Knoxville would not be here without this river and called it “a place to find peace and tranquility during these difficult times.” She concluded, “As the trailhead city, we look forward to welcoming generations of trail users.”