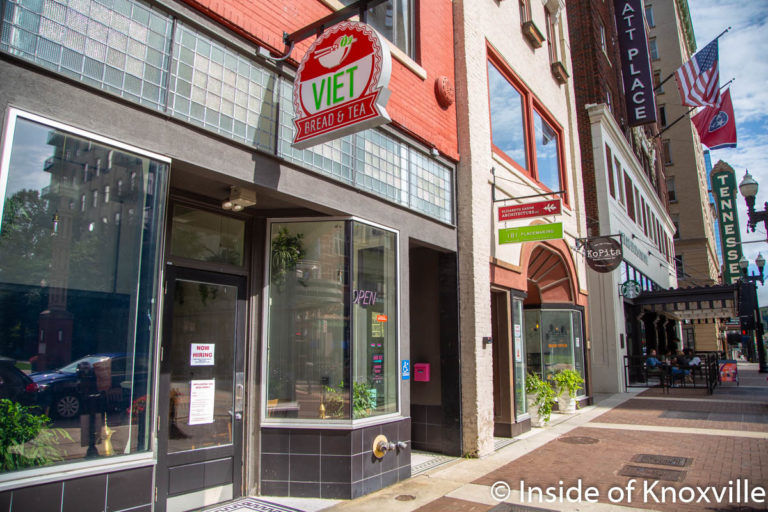 Avi Zenatti brought the food he remembered from his childhood in Israel to Kopita in 2019. After opening downtown’s first vegan restaurant, Zenatti saw an opportunity when Viet Bread and Tea closed earlier this year, signing a lease on the space at 522 South Gay to open Kopita Meat.

Avi said that Kopita was very successful out the gate last year and was serving 150 to 200 meals a day by the beginning of this year. The pandemic brought about a 90% downturn. Some of the business has come back and they are serving about 50 to 70 meals a day during the week, with around 120 on the weekend. He’s confident that the business will return as the pandemic passes and the streets are once more filled with people.

As he did with Kopita, Avi wanted to bring another new concept to the city, providing food just a bit different from any other restaurant. As its name implies, Kopita will be more for the meat lovers and will feature a menu emphasizing lamb and unique cuts of beef. He describes it as a mix of Middle Eastern, European and North African cuisine.

He’ll offer kabobs that he promises are different from what Americans are accustomed to. The new restaurant will also serve breakfast, featuring Shakshouka a Mediterranean dish including roasted tomatoes, olive oil, onions and garlic topped with two sunny-side up eggs. You’ll find fresh-baked challah bread and dishes like snitzel made with breaded chicken breast served on the challah.

Avi will also offer a special Moroccan sausage ground and made fresh in-house from lamb meat, spices and beets. “I want to educate people to eat different parts of the animal.” Mediterranean deserts, including baklava will also be made in-house. He’s applied for beer permits for both Kopita Vegan and Kopita Meat and is planning to add nice patios in front of each of the restaurants, with flowers, plants and umbrellas.

He’s also excited about a collaboration with the U.T.K. Culinary School. Interns will supplement the staffing at the restaurants and he’s set to deliver several hours of lectures to the culinary classes this fall on spices, Mediterranean food and Moroccan food.

He made it clear that the original Kopita will remain Vegan, using no animal products. The two restaurants will operate out of separate kitchens, both delivering top quality food, but maintaining complete separation. He hopes to offer classes in the new restaurant teaching others how to prepare the dishes he serves.

He said the best part of operating Kopita has been meeting so many people over food, saying he has “made many friends through the restaurant. I provide jobs for 20 people and it makes me happy to do that during Corona time. We have to be healthy with spirit. It is part of the solution. We cannot stop living.

He plans to open early in October.