New Feature Length Movie to be Filmed in Knoxville 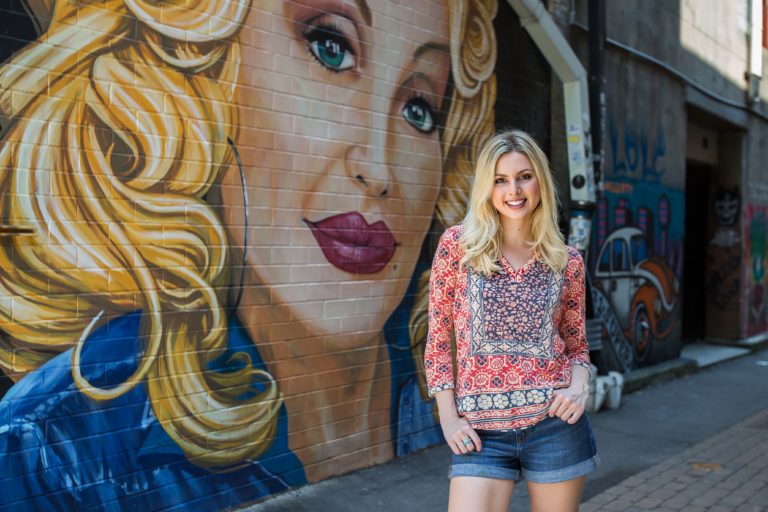 Alyse was born and grew up in Knoxville, graduating from Bearden High School in 2015. She took a year off to decide what she wanted to do and ultimately decided to study acting in Wales. During the three-year undergraduate program she produced a thirty-minute short film as outside project with friends and collaborators Tom Forrister, Lewis Coster and James Scriven. She describes it as a “romantic comedy with a dark twist.”

After graduation, she moved to L.A. to pursue acting, but with an ambition to become a screenwriter. She got a job in a Pizza Cafe and started auditioning. Covering a shift one night for a friend, there were only two customers in the restaurant. As she waited on the table, the two men asked whether she moved to LA to be a musician or an actor.

Alyse said, “Being from Tennessee helps,” and she fell into an easy conversation. Scott Lazar, one of the two was in the business. She talked to them about both screenwriting and acting, mentioning the short film she had developed in Wales and took Scott’s card. He invited her to pitch her film and met for coffee two months later, at which point she learned that his brother was a literary agent.

As things began to get interesting, the pandemic hit and she returned to Knoxville to be with her family. While here, she was contacted by the literary agent who liked it, but said it needed to be a feature-length film. With nothing better to do under the circumstances, she began to work sixteen-hour days and wrote the full script. The agent liked it and said he’d like his brother to produce it.

The team includes Scott Lazar along with co-producer Harel Goldstein. The group has been in discussions with the Nashville and Knoxville Film Commissions and Representative Burchett has been involved in attempting to pave the way for production locally. They continue to look for investors and encourage anyone interesting to contact them via Dumb Blonde Productions.

The film will be made under the umbrella of her production company, Dumb Blonde Productions (after the Dolly Parton song). She said it can be described as “Wes Anderson meets Quentin Tarantino,” adding that she’d like to “become the female Quentin Tarantino.” She also offered that it might be similar to “Annie Hall,” meets “Fatal Attraction.”

The film is set to begin production early next year with film writer and up-and-coming director, Alyse McCamish.