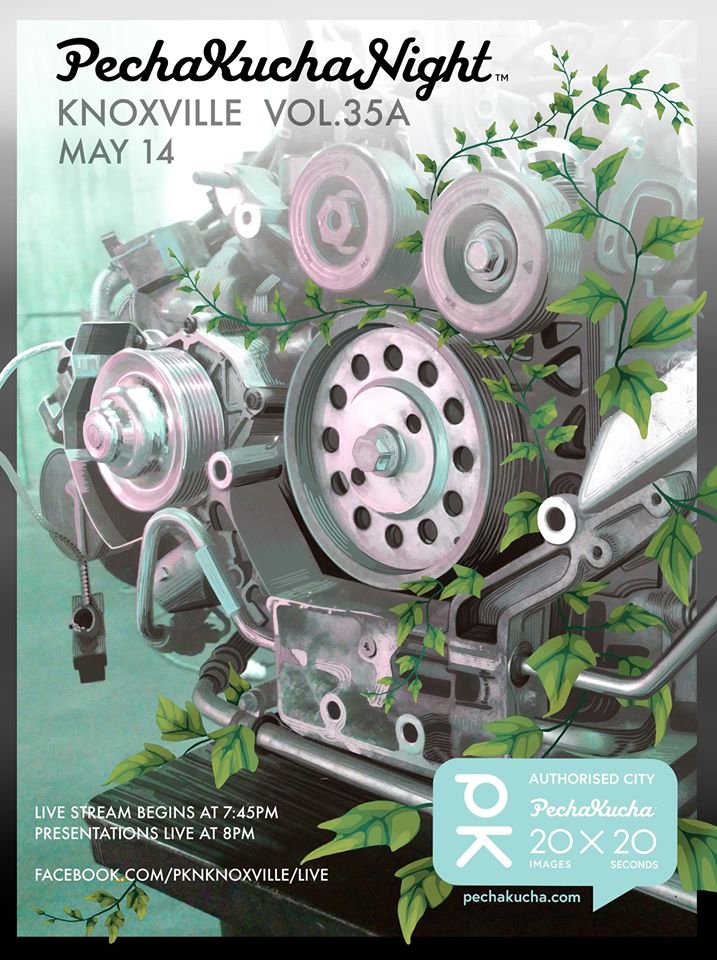 I really enjoyed Pecha Kucha last night with its spotlight on good people doing good things. There’s a lot of that out there, if you look. If you aren’t familiar with Pecha Kucha, you should look it up. The concept, which started in Japan and has spread across the world, allows presenters 20 slides and 20 seconds per slide to get across their idea. It’s fast-paced and fun.

It started in Knoxville in 2011 at the West Jackson Workshops (I was there and still remember the awe at seeing the cool things people are doing in this city.). It’s always been live in front of an audience, most recently finding a home at the Mill and Mine, before last night when it was presented online, via Zoom and Facebook,  for obvious reasons.

Lots of people make it happen, including Matthew Debardelaben, Dianna Osicky, Megan Lingerfelt, Loch and Key Productions and more. Last night featured a small drop in from Tokyo by Mark Dytham, one of Pecha Kucha’s founders. He made note that this is the 14th online Pecha Kucha since the advent of the pandemic. He will make a presentation to the next Knoxville Pecha Kucha on May 21 (part B). Make plans to join the fun.

So, as a good way to head into our weekend, let’s take a  look at a couple of the people who presented last night. 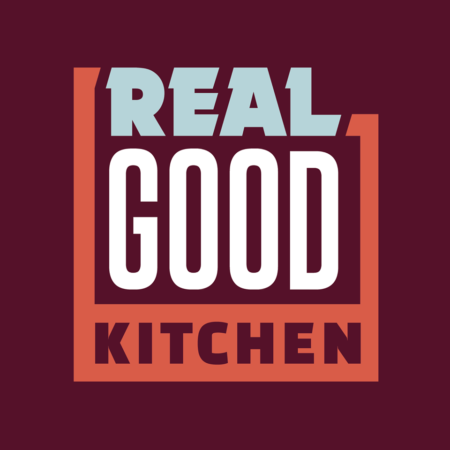 Bailey Foster of Real Good Kitchen. Real Good Kitchen is “a shared kitchen community providing high quality, licensed commercial kitchen and storage space, as well as business development resources, technical assistance and support to existing and emerging food businesses.” Located at 2004 East Magnolia, the business was working on the shared kitchen in their new space when the pandemic hit.

Facing a setback of a nature they could never have anticipated in their business plan, they re-grouped to discuss what could be done in order to help their community. They realized people would be hungry. They realized the perilous financial nature of the restaurant industry. They started by compiling lists of resources, including resources for food access, for small business owners and for service industry workers. They listed ways that others could help. Bailey noted that in a recent survey 4 of 5 local restaurant owners expressed uncertainty as to whether they can survive the shutdown.

They also started a series of webinars via Facebook live, called the Real Good Kitchen Cooking School, the proceeds from which go to help local service industry workers. They have raised $1500 and you can join in the fun Wednesdays at 5:30 on their Facebook page. They’ve done five episodes and six more are on the way.

Bailey said they are proud to be a part of a great local food ecosystem including businesses like Three Rivers Market and organizations like Nourish Knoxville. She said she feels the current crisis has exposed weaknesses and inequities in our food system nationally and she hopes that one outcome of the crisis is healthier food systems for everyone. 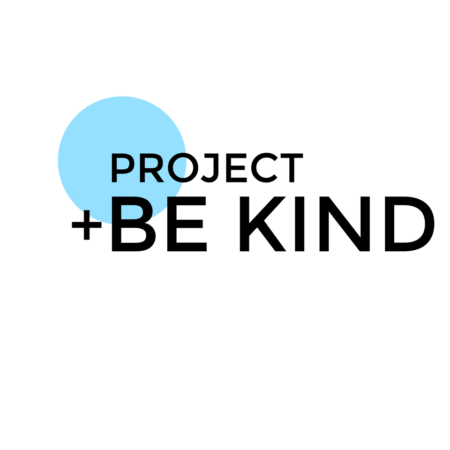 Mary Kathryn Kennard presented her new 501c3, Project Be Kind. Mary Kathryn said when the pandemic hit she, K.T. (her nine-year-old daughter) and Fritz (her seven-year-old son) were exploring the Grand Canyon with no access to the Internet for a week. When they returned to wifi and news, they began to realize the world had changed. They returned to a Knoxville which was rapidly shutting down.

Walking through a nearly deserted Market Square after they returned and seeing the “closed” signs on shops and restaurants, K.T. asked what would happen to them. Fritz expressed concern for the firefighters (who he adores). Mary Kathryn got the germ of an idea and set out with her young business partners to build Project Be Kind.

She contacted the owners of four of her favorite restaurants, Cafe 4, The Oliver Royale, Not Watsons and Yassin’s Falafel House. She began taking donations she used to pay the restaurants for meals to take to first responders and others on the front line of the crisis. The group has also hosted dinner for service industry workers. K.T. made a marketing video that got a lot of attention and prompted news coverage. A business partner joined to pay for all meals going to U.T. Medical Center.

The project grew to such a point that it was clear a more robust organizational structure was required and the 501c3 was born, allowing them to take tax-deductable donations. She formed a board. Still, at it’s core, she says it is “Knoxville Feeding Knoxville.” It has provided high quality, balanced meals to people who need our support, while providing cash flow for restaurants. She now has individual and corporate sponsors.

As an example of the support she has received, she pointed  out that Chick-fil-a has made donations that essentially pay their competitors. They’ve been able to feed a wide range of impacted Knoxville residents, from medical workers to firemen, to mechanics, transportation workers and service industry workers. Just today the group fed 250 people. In total, they have purchased and provided 1500 meals and have been able to pay local restaurants $10,000 during this difficult time. Of our city she says, “We are not only kind, we are strong.”

I’ll hit you up with some of the other inspirational stories next week.

This week I’m welcoming partners City People. They are chipping in to purchase local gift cards to encourage others to give. This week they are offering a $50 gift card to Lox Salon in the Old City and a $50 gift card to Royal Bark Social Club. To enter send an email to KnoxvilleUrbanGuy@gmail.com with the subject header “Lox Salon Gift Card Giveaway” or “Royal Bark Social Club Gift Card Giveaway,” depending on which you want to enter. The deadline to enter is midnight Friday night.

Same rules as before: “like” Knoxville Page on Facebook, or City People to help us help local businesses and donate at least $10 to something supporting COVID efforts or to someone impacted by the pandemic. Confirm in the email that you’ve done both and tell me how much and to whom you donated. Each entry requires its own donation. If you cannot donate at this time, enter anyway and just say so. It’s all good. The contest runs until midnight Friday night.

In the meantime, if you’d like to have access to multiple local gift card purchase options at once, visit Knoxville Page. If you’d like to have your business represented there, send me an email at Knoxvilleurbanguy@gmail.com and I’ll connect you up. During this difficult time, all money for gift cards goes directly to the business you choose to support.