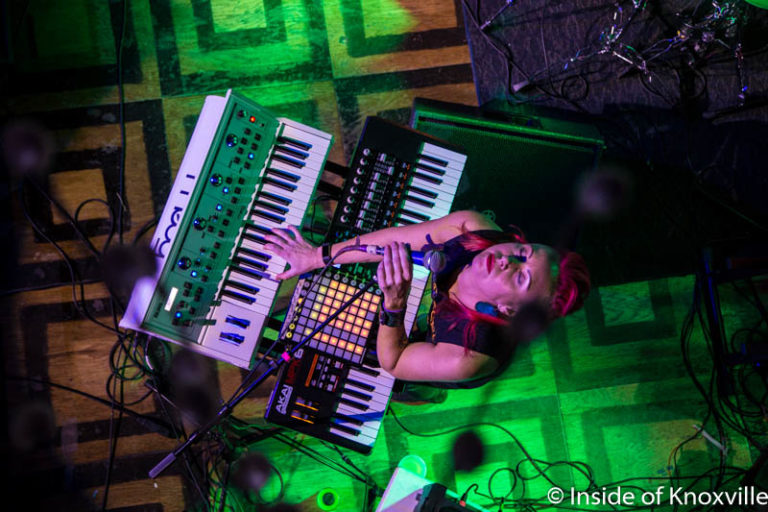 This is the second part in our series on the pandemic’s impact on downtown businesses. I asked business owners a series of questions about the current situation. If you missed the first installment, you can find it here. Today we are joined by two more business owners telling their story in their own words.

We have been closed on Market Square since Monday March 24 as our west Knox store was doing significantly more business than downtown.  Downtown reminds me of the early 90’s these days, a ghost town. (There has been a) massive impact on staff, most are on unemployment, a handful are working in west Knox.  I think unemployment checks are slow to come as it takes a couple of weeks of certifying before the deposits begin.

There is no question that some businesses won’t survive this.  They either won’t be able to access government assistance or won’t have the necessary relationships with bankers and their landlords. The restaurant industry is really hard, even in good times, there isn’t enough profit for anyone to have a huge bankroll to sustain without any customers for 4-12 weeks.

Saying they have requested help but, as of his response, they have “not gotten anything yet”. As to whether the requested help will be enough to help the business survive, he says it “depends on what the “recovery” looks like”, and as Aaron said, it’s impossible to know how comfortable folks will be gathering in groups any time in the near future

We may have an every-other-table mandate that would cut our capacity.  Consumer confidence will be badly hurt by this experience, and many consumers will feel the financial pinch of these weeks for years to come.

Regarding the return of staff, he replied, “Many staff will return but for some this will be the straw that breaks them, and they will find a new industry in which to make a living.”

On Monday March 16, the White House suggested no groups greater than 10 gather in places like bars and restaurants due to the coronavirus crisis. As soon as we heard that, we made the decision to be the first downtown bar or restaurant to close, and locked our doors at 8pm on Monday March 16, 2020.

For the first time since opening in 1993, our revenues were officially $0. (This includes the infamous year of 2006, when despite prison terms and asset seizures, our businesses never closed.)

Let’s be clear how this number might instill a sense of panic in an owner-operator. It’s a very cold comfort when politicians make promises of help somewhere down the road, even as they ask you to close down the businesses that are the livelihood of nearly one hundred people, and even as mortgages and taxes and payroll of those businesses are still disappearing in large automatically-debited amounts from their respective bank accounts.

Translation: that’s $0 in revenues to pay the 90 employees, 6 rents/mortgages, 6 utilities, near-countless taxes, tidal waves of insurance bills and sooo much more encompassing the 7 addresses and eight levels of bars, restaurants and retail we own and/or operate on Historic Market Square, including Earth to Old City, Tommy Trent’s Sports Saloon, Scruffy City Hall, Preservation Pub and The Lost Tavern.

We were closed and ZERO concrete help had actually occurred. Worse, we had to close literally on the first week of our season, on the very week our patios and rooftops are able to open again and pay off our winter debts.

Even’ worser,’ as an East European friend of mine might say, we had coasted into March on fumes, having continued to work construction all through Winter, as we prepared to open the four floors of Bernadette’s Crystal Gardens (now about two years into its creation, and our biggest bar/restaurant project to date, and believe me, that’s saying something).

On Monday, March 16, the same day we closed at 8pm, we watched a giant chunk of money disappear from our lean bank accounts (sucked out by local and state governments for taxes, national banks for our mortgages and international insurance companies for our premiums), and we knew we could not wait on others or discuss our options further after closing. We had to act quickly.

We would have to make and roll out Plans as fast as we could. Sooo, within an hour of closing Tommy Trent’s Sports Saloon, Scruffy City Hall, Earth to Old City, Preservation Pub and The Lost Tavern, we had formulated Plans A- Z.  We could hope for help of course, but we couldn’t wait around on anyone for our own survival. So, on Tuesday March 16, we were already at full gallop.

Plan A: Reopen, but we had a bad feeling that that was a long ways off.

Plan B: We asked ALL of our staff to apply for unemployment, knowing that unemployment was the only concrete aid available to us at that moment. So to help us cope with our growing uncertainty, ALL of our staff were super-gracious and accepted our request to apply for unemployment (which we as a business have been paying into for thirty years), ALL our staffs took these needed furloughs with only our promise that we’d hire EVERYONE back as soon as we knew when we could reopen.

Plan K: We called our friend Ken Mills (who’d sold us 36 Market Square). Before we finished asking, he’d already told us to not worry about any payments owed to him till the crisis passed.

Plan M: Calling Ken had given us tremendous relief. And it had emboldened us to call our various loan officers at our various banks. Although one or two required a few calls to work their offers of help down to the needed kicking of debt payments down their respective roads for three months, we succeeded on all of them.

Good start. Each debt-can kicked down the road relieved us for a few minutes, till we thought of the next monster payment due from something else. Mortgages and rents aren’t the largest cost for a small business, after all, far from it. Sooo, we continued searching for respite.

Plan I: We called our insurance companies and were told that nowhere in the hundreds of pages of policies for which we pay crazy amounts of money to maintain each year are we covered when closed by our government due to disease with no fault of our own whatsoever. Somewhat disbelieving our ears, we read the extremely dry reams of policies ourselves and indeed could find no coverage for the most obvious need we could ever have imagined a business ever having. Being ordered to close by its government. We wondered aloud why we pay for insurance at all.

Plan SBA: After our federal government acted quickly and voted unanimously for a $2.2 trillion CARES Act disaster aid package, we spent days filling out all the necessary forms for Emergency Disaster Relief from the Small Business Administration . . .  then filled them out again when the SBA system crashed.

Plan PPP: We harassed our banks for the Payroll Protection Plan Loans the government had promised. Finally, a few days after the CARES Act was signed into law by the President, we were able to apply for the PPP loans (which essentially is a forgivable loan equal to 10 weeks of payroll to help small businesses weather this storm). The bank system also crashed so we filled those forms out again also.

Plan H: We scoured sources of aid for unemployed hospitality sector workers and shared all those we came across with our staff.

Plan W: Now, we wait. We’ve received no aid as of yet from the CARES Act federal stimulus package. One of our 90 furloughed staff has received a normal unemployment check for $275/wk (there was nothing in the check involving the promised $600 in additional unemployment aid we’ve all heard about) and we know of no one who has yet received the $1,200 check from the government

Plan X: We applied for a home equity loan against our house.

Plan S: We’re fairly confident in our abilities to survive (we need only to think back to 2006 to restore our self-confidence in that), and we still have most of our lettered Plans still remaining even if Plans A, K, M, B, I, S, SBA, PPP, H, W or X don’t pan out (and Z is a doozie ;-).

Plan PS: Our staff still come around scouring and cleaning and painting the various levels of the bars. And our skeleton crew of construction fellas are still working diligently towards a grand reopening of our places and a new fabulous palace of sparkling energy in four levels called Bernadette’s Crystal Gardens, so we are still feeling tremendous optimism.

It’s gonna be one helluva party when this is over!