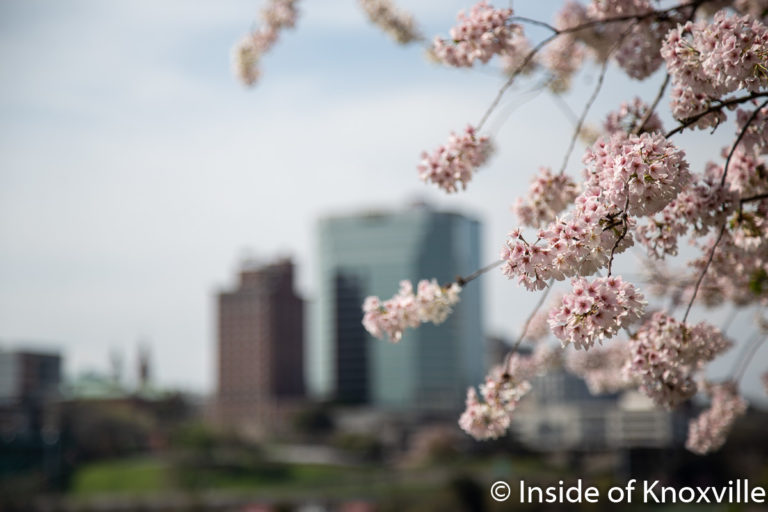 Blooms and the City, Knoxville, March 2020

I hope you each found some peace and joy during this weekend. For so many, those are commodities in short supply. Still, there was sunshine for part of the weekend, and I enjoyed some fabulous time outside with great music and plenty of time to reflect. I hope you stepped out into the sunshine, too. I missed our Easter family gathering and fun with the kids, but here’s hoping family gatherings and good times with friends return soon.

The weekend also brought some of the worst numbers of the epidemic for the United States, but also hope that we’ve seen the worst and maybe we have avoided the worst in some parts of the world and the U.S. We can hope. Let’s take a look at what is going on.

As of midday today, there are 1,876,296 confirmed cases of COVID-19 and 116,096 reported deaths. This represents about a 15.5% increase in cases over the weekend and about a 19.3% increase in deaths. Compared to last weekend, this is a significant improvement. Last weekend, the percentage increases were 23.8% in cases and 27.8% in deaths. It’s a hopeful snapshot that we can pray becomes an obvious trend.

I’ve talked a good bit about the comparisons between countries and I’ve focused relentlessly on numbers and statistics. Comparisons and statistics can be deceptive. Here’s an article that examines some of the ways that is true. It’s a good cautionary note as you consume my information or the information you find elsewhere. And a special thanks to the friend who supplied the article. I’m being inundated with links and I appreciate them all even if I can’t use them all or find the time to thank each of you properly.

The international trend is reflected in the various national numbers. The countries that have thus far been hardest hit appear to have receding rates of illness and death. New countries are rising and bear watching, including Turkey, Russia, Ireland and India. Japan’s rates seem to be rebounding after an early successful intervention. Sweden is still somewhere in between.

All  of which raises the question raging internationally, nationally and locally: When and how do we re-open our economy? Over the weekend, the New York Times Magazine had an excellent examination of the ethical implications and arguments. This is going to be a difficult and uncomfortable conversation, but it is important that we accept that no one wants people to die and no one wants people be without work and money. How to balance the two is going to be hard. Yes, some of us may be too afraid and some of us may be too cavalier, but most of us are in the middle and we just want a safe, functioning world.

As of mid-day, there have been 562,742 confirmed cases in the United States and 22,163 deaths attributed to the virus. This represents weekend increases of 18.4% in cases and about 30% increase in deaths over Friday’s numbers. It was a grim weekend, with over 33,000 new cases and over 2,000 deaths reported on Friday alone. That said, these percentages of increase are drastically better than last weekend’s numbers which saw increases of 56.7% in deaths and a staggering 88% in cases. The rate of increase has been slowed dramatically, with many believing the peak for the hardest hit areas has now passed.

One of the pieces of the debate over statistics and whether this is as major problem as it is portrayed to be includes the debate over numbers for various causes of death. It is a legitimate point that, taken through the course of the year, heart disease, cancer and accidents will kill many more of us in real numbers. However, considered by average daily numbers of deaths, this has been a shocking short-term mortality boost. The chart below shows how a very minor cause of daily deaths emerged in just about six weeks to become our leading cause of daily deaths. If the chart isn’t functioning properly in your view, you can find the original here.

As to how, when and where we open our economy, it will be impossible to find a method and speed to which everyone will agree. While some say we should proceed immediately, others say we should wait until we have wide-spread testing in place, while the other extreme suggests waiting for a vaccine – a delay of about a year, we assume – which would probably destroy our economy for our lifetime.

The state of Tennessee now recognizes 5,747 cases and 101 deaths. This is an increase over the weekend of 14.5% in cases and a 7.4% increase in deaths. These are encouraging numbers for the state. If it has been a while since you’ve visited the state’s dedicated website, you might want to take another look. The data is much improved and much better presented.

A local story that was both heart-warming and tragic, to which many people responded, was the food give-away at the Embassy Suites last Friday. I’m told that 943 people received food (this includes family units), and they represented employees of 165 different businesses.

Locally, the Knox County Health Department is reporting 166 positive tests and, still, 4 deaths. This is an increase of 12 cases over the weekend. The total active cases in the county is 36, which is only one more than reported Friday. The spread of the illness certainly appears to have leveled off, according to these numbers.

Dr. Buchanan started today’s conference with an expression of sympathy to those in the Chattanooga area who died in tornadoes last night. She expressed gratitude to the IT workers who have made it possible to get out good information during this difficult time.

She confirmed the numbers above. She reiterated that there can be discrepancies between locally reported numbers and state numbers due to differences in reporting times and methods of reporting. She pointed out that the Knox County Health Department has added more information to the local website, but cautioned against drawing conclusions from such limited data.