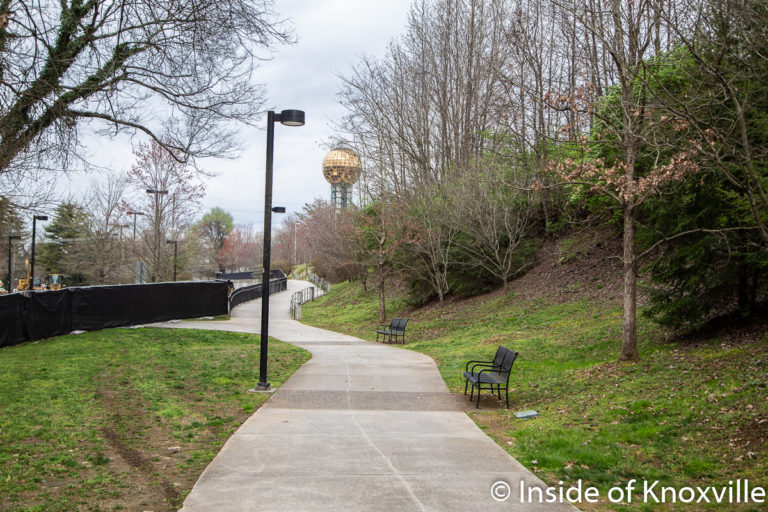 Images from a downtown Knoxville walk during a COVID-19 Pandemic, March 2020

Babalu has announced that their Knoxville restaurant will not reopen, serving a blow to a large number of employees and leaving a large empty space on what has been the most successful block of Gay Street. The chain and the location have been troubled for some time. Last August, the parent company filed for Chapter 11 bankruptcy and closed some stores, though we were told they would remain open locally. In November, the restaurant temporarily closed, and I was told a $100,000 investment in kitchen repairs was the reason.

The latest announcement from the company comes via Instagram, in which they said,

. . . SRG (the parent group) was forced to make the very difficult decision to close two Babalu locations – the one in Knoxville, Tennessee and the other in Birmingham, Alabama. During this very difficult time our world is experiencing, the negative cash flow we were from both of these locations two locations was not sustainable. To put it simply, SRG, like nearly all restaurant groups across the country, is in survival mode.

Given the instability with the group in recent months, I’m not sure this closure can be completely attributed to the current pandemic, but certainly any business that was struggling will have a hard time surviving this chain of events. Please support local businesses to prevent a similar fate for others.

The fallout from the virus continues across the world, the nation, the state, and locally. I’m using numbers from the Worldometers website, which seems to be reliably sourced and is updated constantly, unlike many of the other sources that are updated much less often. At this point, I think I will start calling the numbers “acknowledged cases,” because we know cases are being unreported, some probably for political reasons (see Russia with 438 cases), many others who have inadequate testing (most countries of the world, but especially poor countries), and some like the U.S. where testing is still catching up.

There are also policies to not test people who almost certainly have the virus, but whose treatment would not be altered if they tested positive. We have a great local example of this: Loudon County is currently listed as having one case. That acknowledged case is a young child whose household includes four others with high fevers who are not being tested. Almost certainly they have the virus. They do not count. If one of them dies, does it count in the tallies?

With poor numbers going forward, we will have an inability to understand the true scope of the problem, determine an accurate mortality rate, and determine how many people may have developed immunities, all of which are key to modelling going forward and to establishing appropriate health practices.

With all those caveats, the numbers of acknowledged cases and deaths are increasing rapidly. Internationally, there are now (as of the moment I wrote this article) 358,805 cases worldwide, with 15,433 deaths. In the U.S., there are 40,550 cases and 473 deaths. 7,004 cases and 54 deaths have been confirmed since midnight. In Tennessee, the official numbers sit at 505 cases and 2 deaths and have not been updated today.

In their press conference today, local government (Knox County, Knoxville City, Knox County Health Department) encouraged people to continue practicing the recommendations given. A “Safer at Home” order has been issued, which is just short of a “Shelter at Home” order. They are requiring closure for non-essential businesses, and Dr. Buchanan, Director of the Knox County Health Department, specifically mentioned tatto parlors, hair salons, and massage parlors that are not providing medical services. Dr. Mark Browne, Senior Vice President and Chief Medical Officer of Covenant Health, said local medical staffs are communicating and coordinating regularly, but they have not seen a surge at this time.

Dr. Buchnanan said the current orders from the state will be in place for fourteen days starting tonight at midnight and then will be reevaluated. She said it is fine for people to get outside and maintain social distance. A U.T. Medical Center spokesperson said they are conserving current medical supplies and preparing to get additional supplies now, before shortages emerge. All non-urgent procedures have been halted to free up resources.

Dr. Buchanan said call a doctor if you have symptoms that would normally be your response. If you are mildly ill, behave as you normally would. If you are experiencing symptoms, she requested not simply showing up in an emergency room, but to call first if you think a visit is necessary and follow their directions.

We’ll end on some good news:

The group decided to encourage their family and friends to directly donate to Knox County COVID-19 Response Fund, organized by United Way of Greater Knoxville (UWGK), Alliance for Better Nonprofits, and East Tennessee Foundation, to “support local non-profits providing services to individuals in our community affected by the coronavirus crisis.

They opened a team fundraising page Sunday morning (March 22) and surpassed their $10,000 goal, with 105 donors raising $10,525 the same day. Some of the donations are coming from people with interesting connections to our city:

We had a donor from Guizhou, China, more than 8031 miles away, who gave us money, only because she led a group here for Destination Imagination Global Finals back in 2014 and received help from one of our community members.” Rachel Rui, one of the founders of the ETCCAC said. “We also had a UT freshmen’s parent who I met in Shanghai two months ago that gave us money to support. We want to do more and we will. Because we are all in this together.

The group has now turned their attention to donating “personal protective equipment to medical professional, first responders, and anyone else in need.” They are mobilizing to, “locate manufacturers that can meet FDA requirements, logistic planning, and getting to know hospital needs.”

In three days, the group went from seven people trying to understand how to help their city to a growing group of over 180 volunteers.