Construction Gets Underway for Axle Logistics 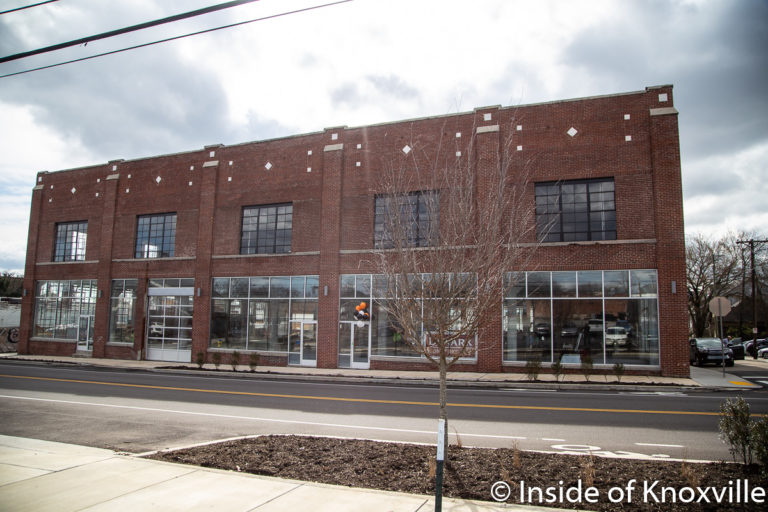 A few months ago, I introduced you to Axle Logistics. The company, owned by Jon Clay and Drew Johnson, announced its purchase of the Hull Dobbs building at 835 North Central Street. The purchase was significant as the 1920 building had languished under its previous owners who had to return a $50,000 Historic Preservation Grant to the city due to lack of progress developing the building.

The new owners of the building are from Knoxville and they founded their company here in 2012. After a period of lean growth in the beginning, the company soon entered a phase of dynamic growth that has continued. Growing from zero employees just eight years ago to almost a hundred by the end of 2019, the company had sales topping the $100,000,000 mark in 2019. They plan to eventually employ around 265 workers.

Their special plans for the building, which are detailed in the previous article, come with a price tag of around $13,000,000. The building has been prepped for construction, and the group held an official event to note the advent of that construction. Attended by both Knoxville Mayor Indya Kincannon and County Mayor Glenn Jacobs, who each made remarks, the business is being lauded as an important step in the development of the northern edges of downtown.

“We are redoing this 1920 building not just to accommodate growth but to have the kind of outstanding facility that will appeal to young, talented people with ambition and drive,” said Axle co-founder Drew Johnson. “Where they work, and what kind of place in which they work, makes a real difference.” Co-founder Jon Clay said “We’ll have a real impact on the community and plan on being a great neighbor.”

Mayor Kincannon said, “It’s terrific when we can see an old building brought back to life and see new jobs created. That’s truly a win/win and it’s good for the city.” Mayor Jacobs said, “Axle Logistics is the kind of homegrown success story we all love. They started here, have continually grown and serve clients all over the country as well as in Canada and Mexico. We’re glad to help them expand.” The county and city joined to give the company a 15-year Pilot.

Upon completion, the new location will offer about 44,000 square feet, with about 8,000 planned for retail, 5,000 for IT in the basement, and the remaining 31,000 square feet for work space and amenities. The amenities included to attract and retain employees are not negligible. There will be a gym, locker room with showers, half-court basketball court, and a break room. The owners identified the pursuit of talent as more of a challenge than the pursuit of customers.

The new headquarters project is being managed by Conversion Properties, was designed by Design Innovation Architects and is being built by Denark Construction.