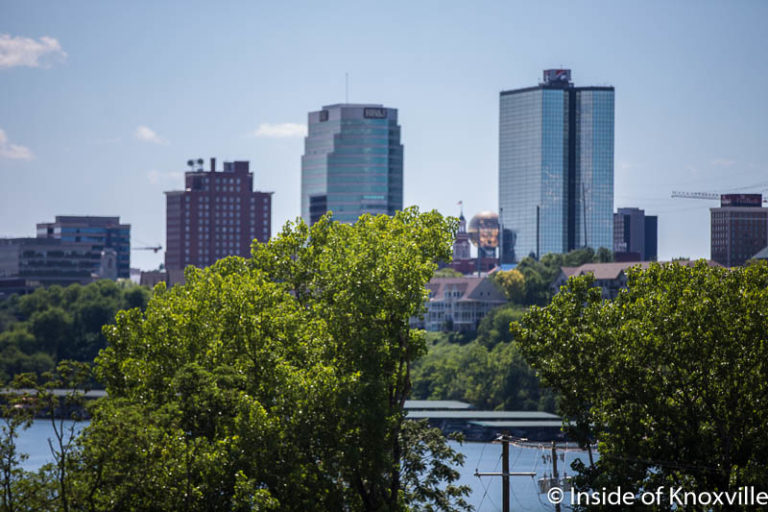 The Congress for the New Urbanism (CNU) holds an annual gathering for members and supporters of the idea that cities are best when they are walkable, include mixed use, are sustainable, and encourage healthier lifestyles. In other words, similar to towns and cities before the last seventy years of auto-centric development. The Congress usually attracts about 1,600 people from around the country and the world.

This year the conference will be in the Twin Cities of Minneapolis and St. Paul. The 2021 congress will be held in Oklahoma City, and Knoxville has been announced as a finalist for the 2022 convention. It will mark the 30th anniversary of the organization, which was founded in 1992. Visit Knoxville and the East Tennessee Community Design Center have teamed to make the case for Knoxville via an application as well as a presentation in Washington, D.C. in a few weeks.

Dustin Durham, along with Visit Knoxville’s Sarah Rowan, will make the presentation in Washington. Dustin pointed out that 2022 will also be the 40th anniversary of the Knoxville World’s Fair, an event that was very much about ushering in Knoxville’s future. The group is currently building a host committee and establishing the groundwork for fundraising should they be chosen. If selected, the local group would need to raise $150,000 over the next two years, which would be matched by funds from a regional group and the CNU.

Dustin said that Visit Knoxville has estimated the economic impact of hosting the event would be about $2.2 million, but the point of the conference would be to show Knoxville to a national and international audience of planners and urbanists. Congress participants would then spread the word about the good things happening in Knoxville, such as the Urban Wilderness, expanded bike paths, trolley and transit efforts, replacing parking lots with buildings, public/private partnership efforts, efforts toward sustainability, and the preservation of the history our oldest buildings.

To this end, those in attendance will be housed at several downtown hotels, and will have the opportunity to attend events in multiple venues, similar to the set-up for the Big Ears Festival. Venues they hope to utilize include the Tennessee Theatre, the Bijou Theatre, The Square Room, the Emporium, Jackson Terminal, the Standard, the Holiday Inn conference space, and the Knoxville Museum of Art. By design, participants will become familiar with the downtown fabric. Excursions will also be planned for participants to enjoy the bike trails and the Urban Wilderness, as well as other areas of the city and beyond.

In addition to spreading the word to those gathered, it offers great opportunities for our community to build on its success, by hearing new ideas and being encouraged to take the next steps to make our city better. Local planners, designers, and architects will have the opportunity to gather ideas from experts in the field.

The Congress also selects a legacy project in which they team with the host committee to identify a specific location in the city that could benefit from investment and planning. They help develop a broad plan and assist with the first $15,000 investment to begin raising funds. It’s just one way the Congress can serve as a local catalyst for improved urban design.

Ultimately, the hope is that it elevates community support for and understanding of good urban design. Dustin hopes that “having the conference here can signify that urban planning is valued here, as well as in the southeast and in Appalachia.” He hopes one of the outcomes of hosting the Congress would be to open a local chapter for Knoxville. “The thought leaders will be here and can be addressed directly and they can see some of the good work here. Equally important is the psychological impact that Knoxville hosted the Congress and shared our journey.”

The local group also envisions partnering with other regional cities and providing free events to involve a wider audience. Free events might include lectures, tours, and public film screenings. Dustin feels hosting the CNU would be an opportunity to “speed up our own trajectory toward good urban planning.”

The winning city to host the 2022 CNU will be announced at this year’s conference in June. If you’d be interested in helping, either through a donation of money or time, reach out to Dustin at cnu.knoxville@gmail.com.