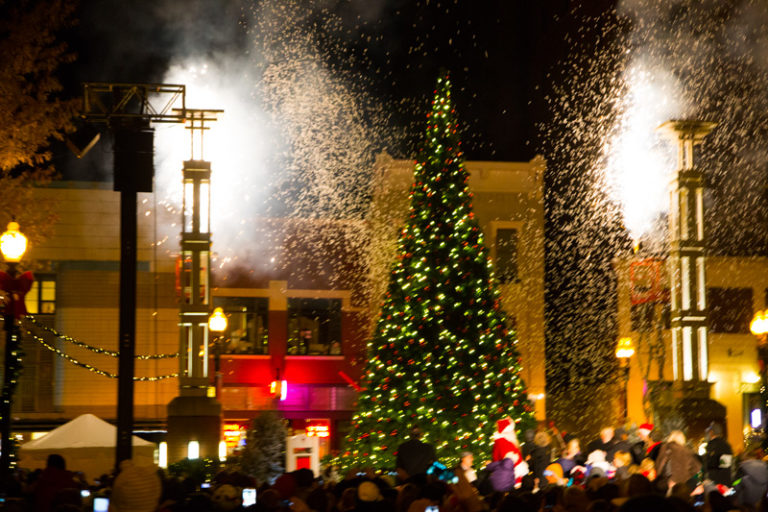 Lighting of the Christmas Tree, Celebration of Lights, Knoxville, November 2014

I hope each and every one of you had a great Thanksgiving holiday and are enjoying the beginning of the holiday season. We all hope for this time of year to be filled with joy, and my wish for each of you is that you would find it to be precisely that. Before I move into more articles about business openings and seasonal fun, I feel that we need to clear the air a bit from last week and I want to give an update on a personal topic.

Last week when I wrote “A Business Expands, A Business Closes, A Third Will Reopen,” I had little idea what was about to happen. The three topics included one that was completely ignored in the comments (Babalu), another that I thought was a big deal but may have gotten one comment (Rock Paper will now have two locations!), and another that I thought might be touchy because of an issue with gift cards but I had no idea.

The third topic in question was the closure of GEO Hair Lab. I did as I’ve done many times when a business closes: I ask the owner why it closed and include that along with the announcement of the closure. I don’t, as a matter of course, interview employees to check out the accuracy of the reason given. In the future I will make it clearer that I’m quoting the owner.

This two-paragraph section of the article about GEO generated over 100 comments between Facebook and the comment section on the article. Many people, particularly the stylists who worked there, are very angry. The comments are filled with allegations of bounced checks, taxes withheld but not paid, loan stacking, and more. Several posters said they are pressing charges.

Many expressed their displeasure with me, saying it was a “cop out” to say I didn’t know, that I should have searched social media to see if there was more to the story, and that the author of this article “quite possibly ruined his credibility by publishing this blatant lie.” I was accused of writing a “pretty package of lies” for a friend. The one comment that I deleted, but will include in this context said, “KnoxUrbanGuy sounds like a total fucking piece of shit. I can’t wait to throat punch that cunt on Gay St. the next time I’m out.” I’m pretty sure that’s my first death threat.

During the course of the day as I dealt with the fallout, I thought I would interview those involved and do a follow-up. But by the end of the day, I realized much more had been written about the other side of the story than what I’d said initially. I’m not sure what I would add if I wrote about it beyond what was said by others and what I have repeated above.

Here’s the bottom line and I’ll move on: Clearly there is much more to the story than the article represented. People have been hurt, and I regret that. I never intended to add to that pain. If you used GEO Hair Lab and want to follow your stylist, you can find them here: Keela B Leve, Colton Loveday, Emily Skelton, Taylor Renee Carr, Chynna Longo as well as Nola Chambliss and Autumn Carroll are now at Rock Paper in Market Square. Niki Myers,Kimi Strain, Alyssa Cook Carolanne Millett, Kaylee Marie Dyer, and Aaron White are now at Lox Salon. I wish each of you the best in recovering what is due to you.

The update involves Urban Brother who I first wrote about here. He’s now been in the hospital for forty consecutive days. I’ve spent most of those nights and days with him. Last Wednesday he was placed, once again, on a ventilator. He was off briefly on Saturday, before his lungs filled with fluid and he was returned to the machine. He is exhausted in body and spirit, and the battle is far from won.

Thank you to everyone for your kind expressions of support during this difficult time. I continue to do the best I can to keep the articles flowing, but some days I’m simply going to have to focus on other things. Thank you all for continuing to read. Despite the lower number of articles last month, readership was higher than ever for a November.