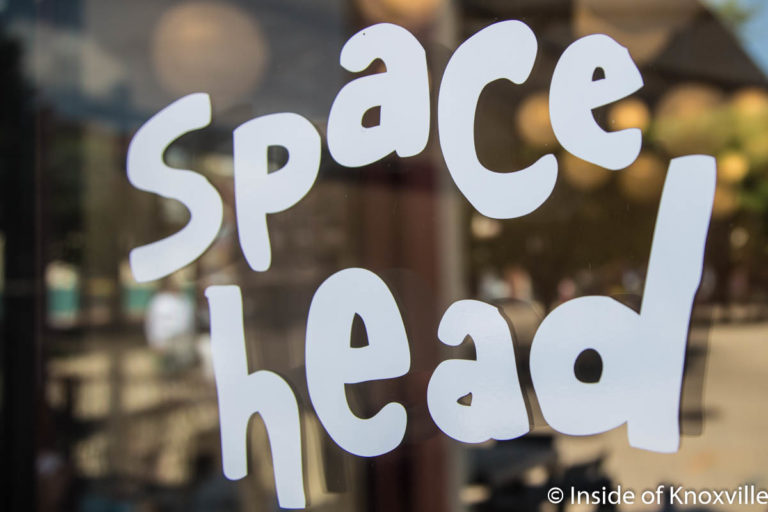 It’s been a matter of some speculation for a long time. In June 2017, Bliss announced that it would leave 24 Market Square for a new location on Gay Street after spending fourteen years at the address. The move took a while, but as of November 2017, the storefront was empty and the watch began.

Scott Partin and Mahasti Vafaie, owners of Tomato Head and Flour Head Bakery have owned the building since 1998. Scott Partin told me after their great tenants of nearly fifteen years moved out, they searched for viable tenants and found that left them with restaurants. It was then they realized they were their own best tenant.

About a year earlier, the two purchased the Brown Appliance building at Central and Bernard with the intention of moving their bakery production to the location and opening a brewery. By the time they decided they may want to open their own concept at 24 Market Square, they had also cooled on the idea of occupying the Brown Appliance building and had begun looking for a tenant for that location. Of the brewery plans, Mr. Partin said, “there is just so much good beer around,” that he felt they should go in another direction.

“We’d been thinking about a simple, quick operation for years. We’d also been working on sandwich recipes for a long time.” Once they decided to take the space for themselves, they began renovations that include a new stairwell access to the second floor which will likely be converted to an apartment or condo at a later time. They also re-finished the interior of the former Bliss location and began seriously considering their menu.

They kept the menu very simple in order to keep the service quick. Their goal is to fill an order within five to ten minutes so people on lunch breaks or otherwise with time constraints can get a good meal, quickly and at a reasonable price. They will offer a vegan-friendly burger with “meat” made of beets and quinoa. Substitute the bun for a lettuce wrap and the vegan-friendly dish also becomes gluten-free. It will come with a choice of six different toppings including sauces (bbq and others), Green Goddess Dressing and slaws.

They will also offer chicken sandwiches and fries with their own seasoning blend. For dessert, they’ll have vegan-friendly, soft-served ice cream made with coconut milk. For your lunch or dinner beverage, they will carry a Schulz Brau Dunkel, an Elkmont Lager and a Pretentious IPA.

Mr. Partin says they are “going for a fun atmosphere with quick, tasty food.” To that end, sandwiches are $8.95 and the other items are priced competitively and Bran Rogers Art adorns a wall and the tshirts worn by employees. The store is currently open and hours are Sunday through Thursday, 11 AM to 10 PM, Friday and Saturday from 11 AM to 11 PM. All related restaurants will be closed July 4 to allow their employees to celebrate the holiday with their families and friends.