A Fun Over Night Trip From Knoxville: Bowling Green and Mammoth Cave 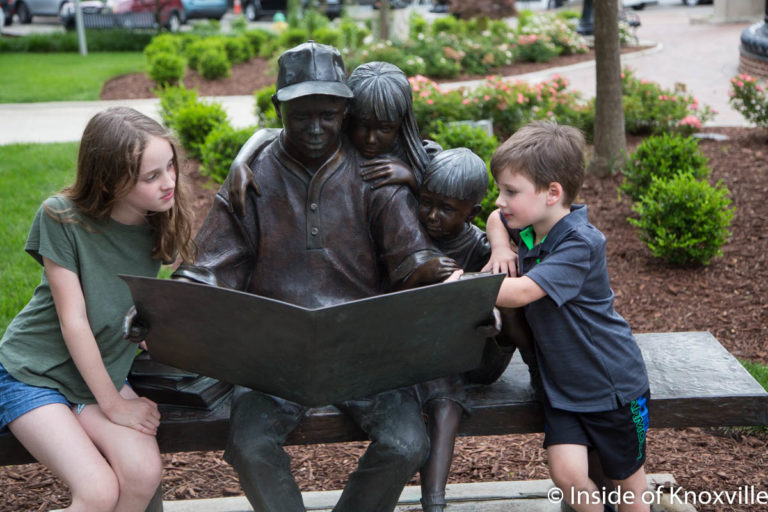 Sometimes we all need to slip away for a day trip or an overnight getaway. We’ve recently had Urban Boy (age 4) and Urban Girl (almost 10) for about a month and the home starts to seem just a little small after a while. We recently decided it was time to slip out of town for a couple of days and take them on a little adventure.

As the years pass, I also feel a need to feel some cool air on my skin during the heart of the summer months. Just a little break from the heat goes a long way. Sometimes that means a big trip to a cooler clime: Two years ago we took Urban Girl to Glacier National Park. We’ve been to the coolness that is San Francisco. Sometimes finding cooler air just means taking a day hike on the top of the Smoky Mountains.

For a cool little break this year, we went a little deeper. A lot deeper, actually: We decided to drive to Bowling Green, Kentucky and explore the depths of Mammoth Cave. According to the National Park Service, this is the world’s longest known cave system at over 400 miles. More to our point, the temperature sits at 54°, year round.

I last traveled to Mammoth Cave with my family when I was eight years old. I didn’t remember much about it beyond thinking it was really amazing. I hoped this wouldn’t be one of those childhood memory shattering experiences in which the grand palace is actually a small box, the bottomless pits, small potholes.

I’d also not been to Bowling Green and I was curious. I didn’t find much in the way of interests to tourists beyond the Corvette Museum which is nearby and that wasn’t going to turn heads for my party. Honestly, Urban Boy and Girl would have been happy to check into a Knoxville hotel and swim for a couple of days, but I wanted them to have just a little more experience than that.

Our first adventure was the trip there. The quickest route involves going to Nashville on I-40 and up I-65 – or maybe cutting off the Interstate just a bit before Nashville. The route you see here is the most direct route – and the most time-consuming. It was an adventure for the adults and an endurance contest for the younger ones.

We enjoyed seeing Rugby (for the first time), skirting the edge of Big South Fork, looking for the quilt designs on barns and generally seeing more out-of-the-way towns and farms. It was a good alternative to the Interstate, though at times we wondered if the GPS was sending us to a remote death as we bumped along little stretches of road barely wide enough for a car-and-a-half.

We made it safely enough in about five hours, which included a stop for lunch. Bowling Green is big enough (Population 67,000) to have a few hotels, including at least one with an indoor pool, which was necessary because we got rain. Fortunately, that didn’t matter for caving.

After playing in the pool and eating in a chain restaurant (because they will eat the food, don’t judge!), we drove downtown. We found a charming square with a few businesses, a small theatre and a coffee shop. I suspect there have to be several good restaurants for an adult trip near that area. The center of the square features a beautiful fountain and several fun and/or beautiful sculptures. We took photos and got treats at the coffee shop. There seems to be more potential there, but the town doesn’t seem ready to take advantage of it completely – much like Knoxville in 1990s.

The next day we got up early for breakfast and then drove the 30 miles or so to the national park. We were struck by the lack of billboards on I-65. It was incredibly more pleasant than those in a neighboring state I’ll be kind enough not to call out. I mean, Kentucky can do it and we can’t? Really, Tennessee? Oops.

A range of tours are offered to various parts of the cave and with varying lengths and levels of difficulty. The one we wanted was sold out a week in advance. Pro tip: buy your tickets online several weeks in advance. We took the historic tour which is rated “moderate” in difficulty and costs $17 per adult and $12 per “youth.” Urban Boy was free.

The length was a little much for them and the tour doesn’t include the spectacular formations which they would have appreciated. Still, they enjoyed it and felt they’d had a big adventure. I regret they didn’t see the best parts because I may not get them back there. It was definitely worth it, though, and did I mention the cool air?

I drove back by the Interstate just to make time while the exhausted children slept. It’s only about an hour-and-a-half from the cave to Nashville, so about four hours total from cave to condo in the city. It’s a good adventure for the family, easily accessible and only requires one night in a hotel. It’s one of many great day or overnight trips from here and a perfect quick little getaway to shake those summertime blues.