Inside of New York City: Entering the City and Greenwich Village 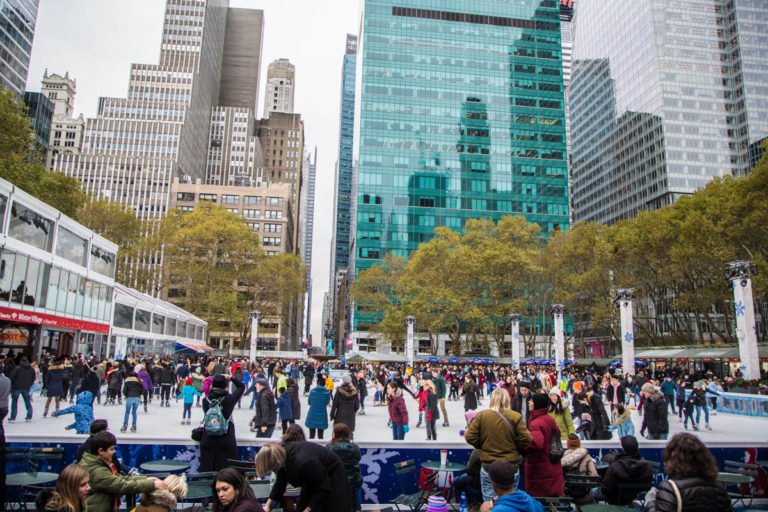 I fell in love with many cities before I found Knoxville and made it my home. From New Orleans to San Francisco, Paris, London and Tokyo, I’ve found them endlessly fascinating. New York City is, of course, it’s own special category. I spent last week there and I’m going to show you some of what I saw. I know it’s not Knoxville, but it’s urban, so indulge me a slight diversion from our normal drill. I hope you enjoy what you see.

The idea started last Thanksgiving. We spent a miserable day in and out of the hospital in Mobile, Alabama where my Dad lay dying. I talked to Urban Daughter who was back in Knoxville watching the Macy’s Thanksgiving Parade and trying to be cheerful for me. After the phone call I told Urban Brother that if Dad died, we were going to New York City for Thanksgiving to avoid sitting around the table with an empty chair where Dad should be.

And so we did. We left the Sunday before Thanksgiving on Alegiant (cheap flights!) and flew to Newark, taking the train into the city and arriving at Penn Station. The entourage included myself, Urban Woman, Urban Brother, Urban Daughter and Son-in-Law, Urban Girl and Urban Boy. A three-year-old, nine-year-old, old people and a wide range of New York experience.

As we left Penn Station, Urban Brother noticed that Josh Groban and Idina Menzel were performing that night at Madison Square Garden and the first spontaneous decision was made. We checked into our hotel and secured pizza at Luigi’s on 8th at 55th. We went our separate ways, shopping at the outdoor markets and watching ice skaters, getting coffee at Pret and then re-grouped. Urban Brother and Woman set out for the concert while Urban Girl and I went sight seeing and had a drink at Bar 54 overlooking the city.

The next day, Urban Brother and I toured Greenwich Village informally, then formally with a paid tour, while the rest of the crowd went to Central Park. We loved Washington Square, watching children play, listening to a jazz quartet and then a pianist. I took a look at their dog park for comparison purposes and played a game of chess (goofed and lost, of course).

I found Cafe Wha? on McDougal Street where both Dylan and Jimi Hendrix got their starts. Took a goofy photo on Jones Street where Dylan and Suse Rotollo were photographed for the cover of Freewheelin’ Bob Dylan and found an art gallery, Carré d’artistes, around the corner on Bleecker Street. That led to some serious art purchases to be shipped home. Urban Brother and I are bad influences on each other when it comes to art. “Sure, you can afford a million dollars! It’s beautiful!”

We didn’t just focus on Dylan. We took a great two-hour walking tour and realized how much history we’d been walking past. We saw the site of the 1911 Triangle Shirtwaist Factory Fire which killed 145 workers who were locked inside. It helped spur the national union movement.

Cafe Society, the city’s first integrated theatre was on the tour. New York City’s oldest tree (in Washington Square, The Hangman’s Elm, over 315 years old) sits in one corner of Washington Square. We saw Caffe Reggio, home of the first espresso machine in the United States (very important to this guy).

We saw the spot where “Friends,” supposedly happened — Monica’s rent-controlled building — though none of the series was filmed there. It was simply used as an opening shot. Nearby we saw other interesting housing. Grove Court was once housing for the poor, but is now New York expensive with its enclosed courtyard. At 77 Bedford Street sits one of the oldest homes in Manhattan, built in 1799.

Preservation has not been New York City’s strongest quality, so buildings dating from that era are rare. It has been much better at seizing the smallest space and using it. Look in the background of the home at 77 Bedford Street and you will see New York City’s most narrow home (eight feet seven inches wide on the inside). It was built in the alley next to the more prominent home and boasts the address 75 1/2 Bedford.

The skinny home was built in 1873 and has served as home to Edna St. Vincent Millay and Margaret Mead among others. The three floors enclose just under 1000 square feet and the home most recently sold in 2013 for $3.25 million.

The most emotional moment on the tour, for us, was rounding a corner and seeing the Stonewall Inn. Even though we both knew it was in the Village, we didn’t remember that until we saw it. If you don’t know the history centered in the spot, please read Oren Yarbrough’s excellent article on the topic from last summer. Suffice to say an eruption of violence there led directly to changes in laws regarding homosexuality, as well as to pride marches and the larger gay pride/rights movement.

We ended the night with an Italian dinner followed by “Jersey Boys” on Broadway and then a walk around the city in search of Christmas windows and other decorations. That, however, is a story for the next article.