Light Rail for the Knox-Blount Corridor: What’s next? 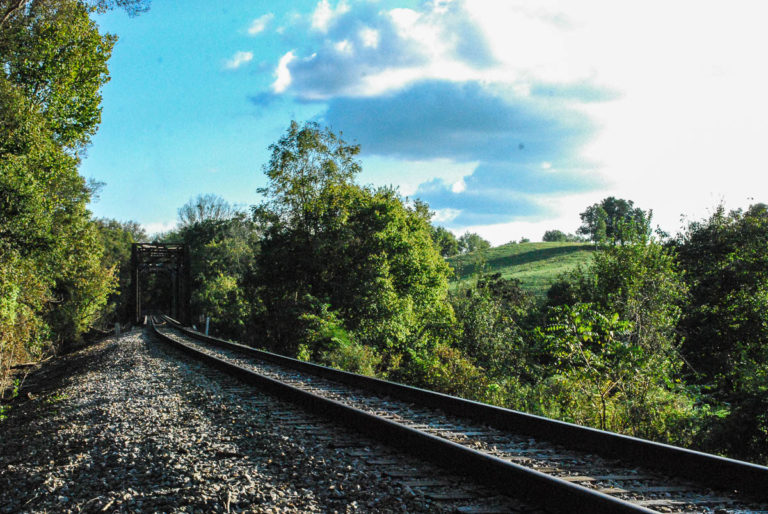 Ed. Note: This is the final installment of a four part series by Joe Hultquist. You can find the other installments here: 1st, 2nd, 3rd.

The three previous articles in this series on light rail transit for the Knoxville area have presented the background, general challenges and the proposed plan. Now, the question that seems to be in the forefront is: What’s next? Where do we go from here? One way to address that question is to expand it. We should ask: What will success look like, and how will we achieve that success? And, related to that: Who will benefit, and how?

In thinking about making this project successful, we have to establish a clear context. One element of that is being very proactive in preparing for the future. As was stated in a previous article, I doubt if anyone in our metro area wants us to find ourselves in the predicament currently facing the greater Nashville area. The common sentiment there is, we should have done something twenty years ago. So, making wise decisions, and acting on a plan while we have the luxury of not being under the gun, is surely desirable.

Success in this case should mean not only adoption of the plan as it exists in embryonic form, but commitment on the part of everyone who has a say, and the ability to help make it happen, to doing just that – help make it happen. Working together in Knox and Blount Counties, people in leadership roles of every flavor can put their shoulders to the load and move it forward.

In order to do that, though, all of the folks who can potentially play a role have to not only understand but own the vision and the plan. As I said in the previous article, it won’t be solely top down, or bottom up, but those and more (from inside out).  That means a lot of people moving from what they’ve known to what they can imagine and then accomplish. But, in order for people from all walks of life to engage, they have to know why it’s important, and how it benefits them as well as the community.

The benefits will accrue first to those most closely linked to the Knox-Blount corridor. Everyone who drives into Knoxville from Blount County will benefit, because the rail transit system will take drivers off of the highways (especially Alcoa Highway), thereby reducing congestion. That includes students, faculty and staff at the University of Tennessee. Also, those who commute in the other direction benefit for the same reasons.

Major destinations like UT benefit because they don’t have to provide as much costly parking. Also, UT could benefit in the future by developing a satellite campus on their Singleton Station Road farm, or even on their Government Farm Road farm. The rail line we’re proposing to use runs through the former farm, and along the side of the latter.

Assuming we’re successful in connecting to McGee Tyson Airport, travelers will benefit. Many locals who are outbound will have a great alternative to expensive parking tab at the airport, or an expensive Uber/Lyft ride to get there and back. Visitors to Knoxville will discover a welcome alternative for getting to downtown Knoxville, and the hotels and convention facilities that serve many of them will benefit as well due to the increased focus it will bring to downtown as a destination.

Though the airport generates a large amount of revenue from parking, the cost of building new garages is high, and the land to build them is limited. And, it’s just good customer service to be able to offer attractive alternatives to driving/car rental (for visitors) or cab/rideshare. It enhances the customer experience, as they say, and encourages future use of the facilities. Cab companies and Uber/Lyft drivers loose a little business, as do rental car companies, but the benefits are worth the trade-offs.

Anyone who lives in the corridor, and even in the greater metro, will benefit because their housing options will expand due to the added TOD-type developments the line will generate. More housing stock for our region means more choices and, generally, lower housing costs as supply increases in relation to demand. Those developments will also create more opportunities for retail businesses, restaurants and other commercial attractions, which benefit everyone.

Developers will benefit, especially those who have learned how to put together mixed use developments. Both mixed use projects and the developers who know how to build them are becoming more common in our area. TOD (transit oriented development) opportunities are a good fit for that kind of developer. As stated in the previous article, our financial model for this rail transit project ties the funding of the rail project to the developments it engenders. And, in the unlikely chance that our home-grown developers aren’t up to the task, there are many good developers in our part of the country who understand TOD and do a great job with it.

State and local governments will also benefit. TDOT will benefit because they won’t have to massively subsidize it with state and federal dollars (which they control), as has been the case in many parts of the country. Local governments will benefit for the same reason, but also because they will have more compact developments that generate taxes at a higher rate per acre and per local government dollars spent on services and infrastructure. Simply put, denser, more compact development, especially mixed use development, pays for itself in tax revenue generated. Sprawling, single family residential development generally doesn’t.

On top of that, TDOT will benefit because they won’t have to build as many highway lane miles (increasingly difficult to do) to serve the region and support population and economic growth. The system will also act as a traffic mitigation measure during construction on Alcoa Highway. That may seem at first blush like a short term benefit, but in reality it could be important for twenty years or more. Alcoa Highway improvements are being done in phases, all of which have to be funded by the legislature in our state’s pay-as-you-go process. All of those improvements on the Alcoa Highway could easily stretch out two decades or longer. And, given increasing demand, by the time TDOT is done with all of those improvements, they may not be adequate to meet that future demand.

Local employers large and small will benefit as well. Right now, Blount County is job rich. They need a skilled workforce, and as a county they’re struggling to provide those skilled workers. That means one of two things are necessary to address that demand. Either people need to commute into Blount County to fill those jobs, or they need to move there close to the places of employment. The impacts of commuting have already been covered, but the lack of housing in Blount County hasn’t in this article. Again, development generated along the rail line helps meet that demand either directly, or by relieving pressure on other housing stock.

And last, but certainly not least, Norfolk Southern Railroad (NS) will benefit. They will be freed from the costs of maintaining the line, and carrying the legal liability of it. Those costs will be shifted to a public-private partnership structure. NS will still be able to operate on it at night, delivering freight to the few customers on the line, running the one train a day each way they’ve been running for several years now. From a business standpoint, maintaining or increasing revenue while decreasing costs is what it’s all about.

What Needs To Be Done Next, And Who Needs To Do It?

Everyone I’ve mentioned so far in this article can play a role in making this vision a reality. I say that, not expecting everyone to step up for altruistic reasons, but instead anticipating them operating in their own enlightened self interest. Not only will this project be good for everyone generally, it will be good for all of those mentioned specifically. And that’s how we will move forward and bring this great vision to reality.

Ultimately, the private sector will have to drive it. Investors and developers will have to step forward and underwrite both the rail operation and the related station area developments (TODs). This will likely take the form of public-private partnerships (P3s). A Regional Transportation Authority (RTA) will probably be created, but it will need to partner with the private sector to make this project a reality. Private capital will flow to it as long as there’s a clear pathway to profitability.

One significant enhancement of that potential for profitability is the Knox and Blount County Opportunity Zones. The majority of the rail line and the properties it will serve lie within one of those two Opportunity Zones. Under the federal tax bill that was passed at the end of last year, a bipartisan amendment created these Opportunity Zones. What they do, in essence, is provide an opportunity for “
patient capital” (investment capital that can be left in an investment for ten years or more) to be invested in real estate or business investments. Once the investment has been in place for ten years, there are no capital gains taxes. That makes investment in this corridor significantly more attractive.

Local and state governments can help without putting the taxpayers on the hook for massive subsidies, which aren’t required in this model. Their role is to help seed the process, and invest public resources is limited but strategic ways. That includes up-front planning. It may also include the local governments doing the kinds of things they typically do to encourage development, including providing infrastructure such as utilities and roads to the developments (in this case, to TODs). The specifics of roles there have yet to be determined, but just as with the private sector, it’s based on return on investment (ROI).

Business leadership can play a major role as we move forward. That includes Chambers of Commerce. These business interests will be well served by a successful system of this kind. It will help increase tourism, because it will add to the attractiveness of Knoxville and the region as a destination. It will make our region more attractive to both employers and potential employees (especially millennials). So, involvement of businesses and business leaders is, once again, more than altruistic. It’s in their self interest, and once they’ve seen the full picture and understand that it’s very doable, they can get behind it.

What Can You And I Do?

Big ideas and big visions require support from a lot of people from different segments of our populace. If you would like to see this vision become a reality, there is undoubtedly a role you can play. We have established the Transit Alliance of East Tennessee (TAET), a non-profit organization, to drive this process and work toward establishing the Knox-Blount light rail transit service as the first step toward a robust, regional public transit system.

We’re still a young organization, the non-profit version of a business startup, but we have a solid plan. TAET is one leg of a three-legged stool (non-profit, RTA and P3). We are ready for others to get involved and help make this wonderful idea a reality. We will welcome your involvement and support, and there are many opportunities. If you would like to help, you can contact me at joe.hultquist@transit-et.org.