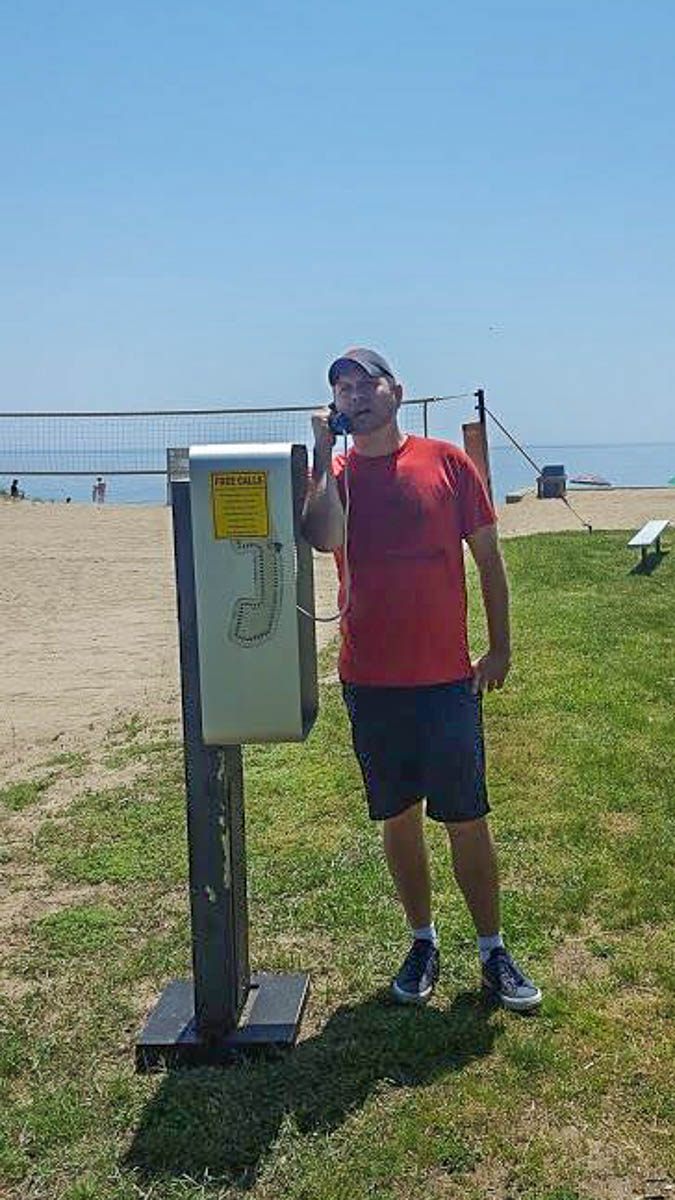 “All I want is for people to have a good time. If someone’s parents come to town or a fifteen-year-old comes to town, I want everyone to be happy they came to one of my shows.” And so it begins. I sat down with local comic, producer, Ph.D. and general pillar of the comic community to talk about his past, current work and plans for a new CD.

Noting that he has an actual career in the field of geography, he said, “One of the benefits of it not being my career is that I’m not under any obligation. If you get into comedy to make money, you have already made a mistake. I still haven’t figured out the reason to get into comedy.” Whatever his motivation, he moved to DC ten years ago, attracted by the punk scene and it was there he began this stand-up comic trek.

He found his way to Knoxville in 2013 and in 2014 helped produce the first Scruffy City Comedy Festival. “Bringing a community together with comedy is easy,” he insisted. “It’s more of a DIY kind of community. Real comedy fans are going to seek it out. Local comedy can get better in the absence of a comedy club.”

From the outset, one of his goals has been to make the comedy community more inclusive with more women, people of color, LGBT comics and others whose voices are not often enough heard.” The real Knoxville is all of us,” he said, noting that he became increasingly proud of Knoxville for providing so many strong voices. He feels the comedy scene is a good cultural barometer and thinks Knoxville is still scruffy enough and weird enough to have a vibrant comedy scene.

He points out that the current project which consumes most of his comedy time, Friendly Town,” couldn’t exist elsewhere. Named for the part of town in which it happens – the Old City was once a very “friendly,’ part of town in many ways – it also requires a space like the Pilot Light which gives the comics the freedom to experiment and to push boundaries. He points out that owner Jason Boardman has been a strong supporter. He feels lucky to have been here for the last five years.

Originally from Boston, he still feels at home there and enjoys doing shows in the city. He points out that his sense of humor comes from his mother’s family and when he’s back in Boston, the cousins come out. He remembers laughing until they couldn’t breathe. It’s a family of professionals with a slightly different side, like his cousin Jen who is a lawyer but is working on a true crime podcast. His cousin Alex made comic short films.

He grew up in Connecticut and couldn’t wait to get away, eventually landing in Syracuse for college, where he started doing some sketch comedy. He says he was, “categorically, the least funny in the group,” and he thought he would stop after he finished school. In D.C. he attended an open mic and felt he could be as funny as some of the people there.

He says he’s not competitive enough to go for a career in that world. He studied radio, film and television at Syracuse and thought he’d be a film maker, but he drifted away from that goal. “I cared more about geography than production. He moved to the west coast and, in 2011, got an M.S. in geography from Cal State Long Beach.

He says that while there, he learned, “how little I know. The foundation of critical thought is understanding how little we know. It is the same with comedy. We’re always striving. Admitting we don’t know anything is the only way to grow.” He took a break from comedy while on the west coast, in order to focus on his studies. In 2013, he moved to Knoxville to pursue his Ph.D. in geography from UT, receiving it in 2017.

Meanwhile, he’s seen comics he’s worked with or befriended get sets on Conan and other places. From D.C. to L.A., he seen upcoming comics get their breaks. Some have landed Netflix specials and hit other milestones. Trae Crowder is a friend, for example, and he has a hard time seeing him or the others any differently than before.

Along the way he recorded a comedy album. The occasion was his departure from D.C. and he threw a party and recorded the results. He’s serious about being funny, but not that serious. He never really considered it a career. He says he’s happy doing what he’s doing even though he’s enjoyed touring with Trae and other top comics.

Locally, he says all the comics are fighting the same battles. No one moves here to do comedy, but some who are here are surprisingly successful. A number of Atlanta comics are also doing shows locally with great success. He’s given up trying to predict what will be a big local hit. He says it’s all fun and good promotion and a good venue will often produces the right audience.

Another parallel he draws between academia and comedy is that the struggle is the same: keep people off their cell phones. “Phones are forcing people to be more interesting.” He hopes there is a growing group of people who are trying to find the next big wave outside their digital world. He thinks some people are in search of authentic and real experiences and that those might be found on the comedy scene.

He’s been involved in helping others in the comedy scene from almost the beginning. He sought out Matt Ward who was shepherding the local comedy scene. Matt would give him rides to and from shows at The Well. Eventually, Matt told him he had to start helping. In 2014 he produced a show with Dustin Meadows and it was a great success.

He rattles off people and venues who have been important to the comedy scene, from Shane Rhyne, Jason Boardman and Matt Ward to the Pilot Light and Sugar Mamas. “For a city of 250 thousand, Knoxville has a very good comedy scene. It’s a healthy mix of people and a platform for diverse voices.” He pointed out that he’d heard a young woman recently say, “I feel safe at the Pilot Light.”

Of the upcoming show at the Pilot Light, Saturday night, June 30, he says he wants everyone who comes to feel as if they are part of the event. He likens the connection between audience and comic to that exemplified in punk music. “We’re all in it, together. He’s excited about the night and the album that will result and all the people he loves who will be part of it.

His sister, Britanny, who is an oral surgeon in California took the photograph that will be the album cover. His friends Shane Rhyne and Sean Sinoneau will open the show at the venue he respects so much. Stripped light printed the old-school posters he’s been hanging up around town. He wanted to do, “20th century promotion,” and mailed fliers to a hundred people. “I wanted to get the best of the last six years on my album. The world has changed and I want to bring together a great group of people in a place I love.”

There are actually two shows in one evening, 7:30 and 9:30. Tickets start at $10 for admission to a show and a digital recording. $17 also includes a cassette and $27 will get the ticket, digital download and a vinyl LP. Tickets are on sale here or through the Facebook event page.