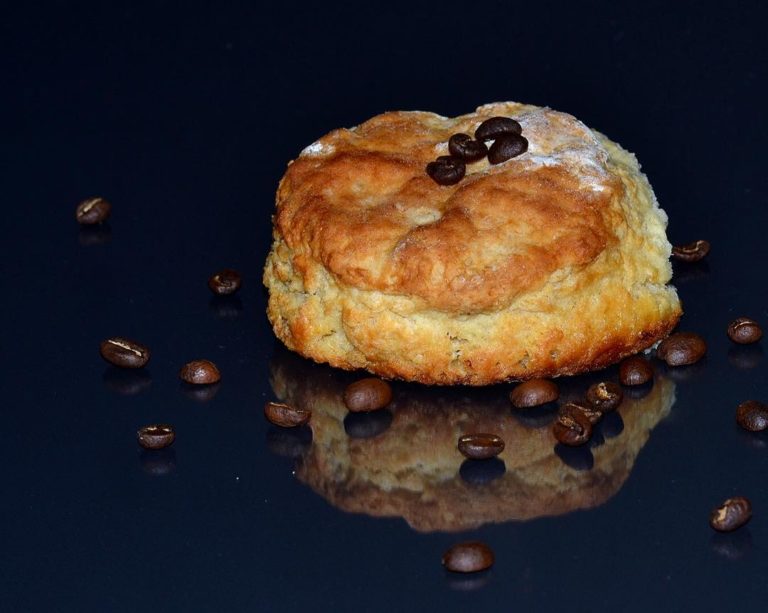 Matt Robbins is well known around downtown – particularly in the Old City – not only for serving a good cup of coffee, but for the connection people feel with him. To hear him tell it, he really likes coffee, but he loves people and it shows in the relationships he’s built with customers over the years. And now he’s bringing his love for coffee, biscuits and good conversation to 800 Market Street in the edge of the Federal Courthouse Building.

Raised in Crossville, Matt studied music at Roane State and began working in food service jobs, first at Dominos Pizza in Chattanooga. In 2007 he went to work for Starbucks at Merchants where he says he “fell in love with coffee and customer service.” After a year, he was moved to assistant manager and then he opened the Starbucks on Emory.

Saying, “I really love people, talking with them, serving them quality food. I love to surprise people that I remember their name and drink.” He later moved to the Starbucks in Oak Ridge before the company laid off 900 assistant managers in a single day and he found himself searching for a job. He worked various jobs for a bit, worked a year for Appalachian Underwriters and then found an opportunity to work at Remedy Coffee, making his return to what he enjoyed the most. He moved to the Old City and, for the next five years, worked at Remedy. He later returned to the same spot for a stint working at Awaken Coffee.

As he recalls, it was about a year into his work at Remedy that he began making biscuits. He wanted to make something with his daughter and he thought of biscuits. He found a recipe on the internet and began making them. He started wondering if he could make them just a bit better and began experimenting. He brought biscuits to the coffee shop and several dozen biscuits would sell out quickly. He wondered if he might be able to start a business of his own.

He got encouragement from friends like Nancy Wilson and Pierce LaMacchia. Pierce says his first memory of Matt was at the small first version of Kbrew on Broadway. He remembers Matt saying, “Man, you’re doing it right and before you know it you’ll have four baristas behind the counter.” Pierce remembers when that first happened and he thought of Matt. The two kept in touch as KBrew grew and Matt worked at Remedy and, later, Awaken. He contacted Pierce for help developing a business plan and opening a spot of his own. At that point, Pierce felt that the courthouse location of KBrew wasn’t performing as he’d like and in a survey, he learned that people liked having a good coffee option, but wanted an expanded food option, often mentioning biscuits specifically.

Matt started a Kickstarter for Matt Robbs Biscuits and Brew in an attempt to raise $8,000 for needed equipment and quickly raised $3,800, but then leveled off well short of the goal. At the last minute, a final push involving a cute video (it’s at the Kickstarter link) raised the remaining money in one hour and forty-five minutes, just as the Kickstarter was set to expire. It allowed the project to move forward.

Current plans call for the business to open in late May offering Counter Culture coffee (the new business is not affiliated with KBrew) and Matt’s made-from-scratch biscuits, as well as salads and sandwiches to grab and go. He’ll have fresh, pre-made biscuits for folks in a hurry, including a sausage and cheddar, buttermilk, blueberry and feta. You can also build your own with cheese, egg and a meat of your choice.

Matt plans to hire at least one other person, but also plans to be present most of the open hours. “I know when I am here customers are going to get the ‘Matt Service.'” And that’s important to him. It’s about the coffee and the biscuit, but it’s always about the people.

You’ll get to drop in sometime in late May when he anticipates opening. You’ll find the biscuits and coffee just a short – and beautiful – walk south from Market Square at 800 Market (the end of the short road). Hours are planned to be Monday through Friday from 7:00 AM – 3:00 PM. In the meantime, you can follow Matt on Instagram  or Facebook.