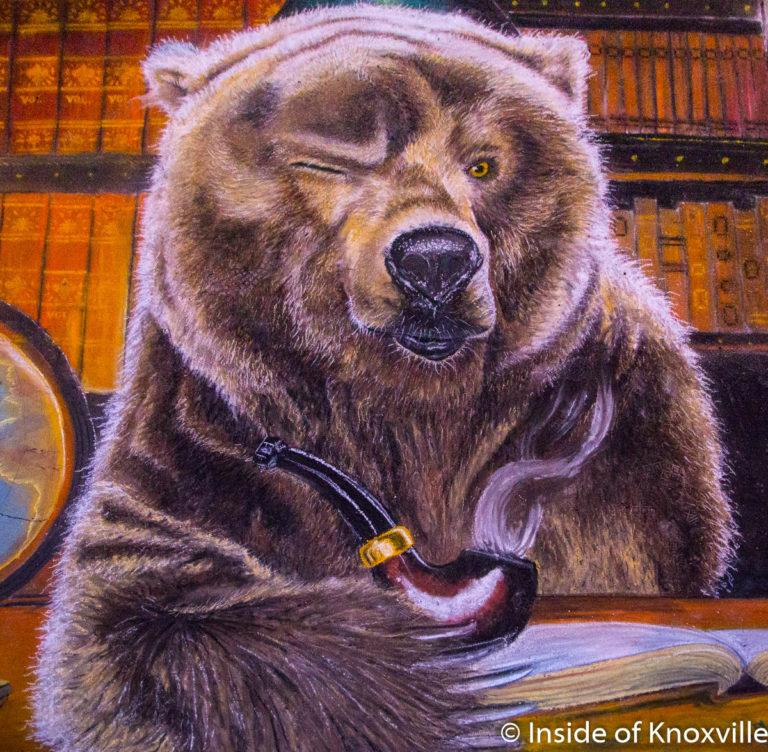 It’s sort of stunning, once these events start rolling, just how rapidly they tick off. It’s hard for me to believe we are well on our way through Festival Season. Last weekend, as I noted in the Sidewalk Sideshow article, there were multiple events, including the subject of this article, the Dogwood Arts Chalk Walk. By right around 9:00 AM the Locust Street Garage was nearly full, and I suspect the others were, as well.

The annual Chalk Walk (it started in 2009) brings out some of the best our community has to offer with its combination of families, students who enjoy a day among like-minded peers and a continuous stream of curious art-lovers. When the weather lines up as spectacularly as it did this past Saturday, it’s almost magical. As I think about why I enjoy it so much, I think part of it is that it may be the largest quiet event regularly held in the city. Artists are quietly at work. Passersby seem to talk, as often as not, in golf whispers so as not to disturb the project at hand, pleasantly evaluating the progress and occasionally gasping at what they observe.

The fact that so many people and ability levels are included is also one of the great things about the event. It’s wonderful to see so many children engaged and given the opportunity to be recognized among the older high school and college students, as well as the professional artists present. They also have the opportunity to see what artists the next level up are doing, which is hopefully inspirational.

As has been the case the last several years, an area with free chalk has been provided for the little ones who walk up and just want to join in. Urban Girl and Urban boy both enjoyed the opportunity – as well as the free bubbles handed out to the children. Who can be depressed when bubbles are flying through the air?

The art itself continues to be a marvel, year after year. Some of the same artists who do amazing work return year-after-year and new names emerge each spring. The event is judged and awards are distributed at the end of the day which, certainly, are very important to some participants, but the day seems meant less for competition than for pure enjoyment of the act of making art. And that’s not a bad thing.

I also scratch my head on Sunday morning when hundreds of people stream through the square studying and enjoying each drawing, taking photographs and enjoying themselves while others step needlessly on the drawings acting as if it’s any other patch of concrete. Weird and sort of soul-less to me, but maybe it’s just me. I love the drawings and want them to last as long as possible.

I hope you enjoy this small sample. Two notes: I identified artists where I could, but it wasn’t always possible, also I attempted to include all entries (in the larger collection, but I could have missed some) I have dozens and dozens of other which I’ll share later on the Inside of Knoxville Facebook page.