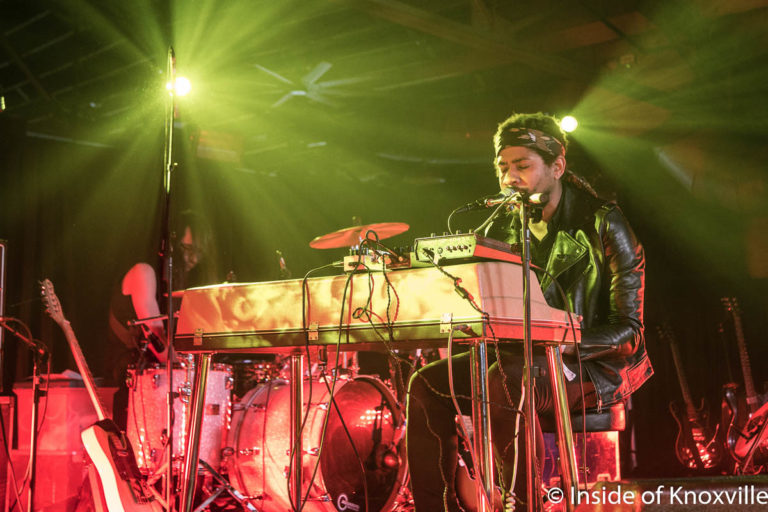 I’ll hit you up with a couple of parts to this sprawling, multi-day musical journey. It’s impossible to cover it all or to take it all in. By the end of the four days, it’s almost hard to keep it straight. Images and impressions remain, new sounds, combinations and explorations, altered connections and, most probably, new music to continue exploring.

You can race from one end of the festival to the other or you can plan a path that connects more closely as you move between venues. And then you have to decide if you listen to entire shows and see fewer artists, or see a greater number, but only partial shows.

I’ve learned to tune in to my limits, not stay out late every night, make sure I can sit down and take nourishment occasionally. For the first day, I started off pretty slowly. I dropped in to the Blue Plate Special at noon and listened to a little of Susan Alcorn. It was a cool intro.

I’m always dedicated to the music to the point of missing the film, so I decided to start with a couple of films, “Prototype” and “The Whole Shootin’ Match.” The films I’d seen before really moved me or took me to another place. I wasn’t so moved this time around. “Prototype,” left me scratching my 3D head. Lots of waves in 3D, puportedly related to the Galveston hurricane of 1900. It evaded me and quite possibly is just beyond my cinematic reach. “The Whole Shootin’ Match,” was entertaining enough, but not worth missing music for, in my opinion.

I started my full concert experience with Meshell Ndegeocello – not a bad beginning, at all. I wasn’t very familiar with her work beyond her pop collaborations and didn’t realize how folk-infused the set would be. It was exceptional, of course. Her songs and vocals truly are special and being able to chill in a seat in the Tennessee made an easy entry to the festival.

And so, I stayed there for my second set: David Hidalgo and Marc Ribot. David is lead vocalist, guitarist and writer for Los Lobos and I love their music. He also has worked with Bob Dylan, which helps in my world. Marc Ribot was less familiar to me, but I now know him as a blazing, incredible guitarist. The two were a great pair, swapping songs back and forth. The biggest surprise was a version of “Walk Don’t Run,” offered as a tribute to the recently departed Nokie Edwards of the Ventures. After loving Meshell’s set, this one supplanted it to become my early favorite.

Two shows, two familiar kinds of music, seemed to project that I should follow with something a bit out of my normal range. I moved to the Bijou to end my night with Jaga Jazzist. Yes, it’s jazz, but with equal parts chaos. The band is from Norway with a quarter century and six albums spread over the years between them, they’ve found their own space.

From the Big Ears promotional materials, “One constant is the group’s tendency toward strong melodies and rhythms, which serve as a lifeline through their more chaotic, improvisational jaunts.” That about says it: chaos with a lifeline. They reminded me in some way of the Dixie Dregs, a group I loved in the seventies. I’m not sure the comparison would stand up to a current listening, but I heard the echoes. I loved the show and found that people loved or hated it as we talked about the various shows. I’ll definitely look into acquiring some of their music.

So, the first day ended with about 7 1/2 hours, two movies and three shows. All seated. Easy enough.

I planned for the second day to be more of a push and I got started at noon with Trio Five featuring Roscoe Mitchell, Junius Paul, and Vincent Davis at the Standard. I chatted with a guy from Chicago who’d seen Roscoe Mitchell many times there, but had traveled from Gainesville, Florida where he currently lives to hear the band, again. I suspect he found it to be worth the trip. The music pushes the edges of the genre with surprising sounds coaxed from Mr. Mitchell’s saxophone. Great start for the second day.

I also wanted to experience some of the “happenings,” so I stopped in at the Square Room and stayed spellbound to the end of Gene Smith’s Sink presented by author Sam Stephenson whose book of that name chronicles the life and work of photographer Gene Smith. Music, video and readings were included – and my first musical encounter of the weekend with pianist Jason Moran whose music captured me. Now I’ll have to read that book, as well. What a great presentation of the life of a person I didn’t know, but who was made so compelling by the event, I’ll have to explore him further.

For the remainder of the day, I pretty steadily pursued music until 1:30 AM, stopping for a sandwich at one point and for what became my staple (don’t judge): Peanut M&Ms and red wine. I left Gene Smith’s Sink for the zaniness and solid music of Jenny Hval at the Bijou. Working a theme of art not being safe, Jenny plays electronic music with great vocal melodies while doing yoga or jogging with a bandmate. At one point the entire band stared at their cellphones in a commentary on contemporary culture. Of course, many in the audience likely missed it as they stared at their cell phones.

I followed that with Algiers at the Standard. The quartet incorporates punk, rhythm and blues, elements of gospel and noise. I loved the power of the band and felt they’d be another that I’ll explore further. The Standard was the perfect venue for the band. After two aggressive high-energy shows in a row, it was time for easing the pace musically.

I enjoyed a bit of Ned Rothenberg playing his shakuhachi – a Japanese flute made of bamboo – and saw the inside of St. John’s Cathedral for the first time. Keeping with the mellow, I listened to most of Bela Fleck and Brooklyn Rider at Church Street United Methodist. It was Bela at his most classically mellow. Perfect for the beauty of Church Street.

Next up for me was what proved to be one of the highlights of the entire festival: Medeski Martin and Wood at the Tennessee Theatre. They played one song. For two hours. I heard some complaints about that from people who know their catalog and wished for the songs they knew, which reminded me of how I felt about Yo La Tengo a couple of years ago.

For me, not knowing their catalog, it was magical. The jazz-infused two hours flew by as the group moved from one rhythm, from one melody to another in an enrapturing kaleidoscope of sound. Joined along the way by Marc Ribot and another musician whose name I missed, the band soared through their slot.

I stopped in for a bit of The Thing, a trio from Scandinavia, playing at the Standard and got another shot of ecstatic, improvisational, edge-pushing, punk free-form jazz. Or something like that. Jazz and Scandinavian countries seemed to be forming a theme. I’ll look up some more of their music, for sure. They were also a fun bunch of guys on stage.

I ended my day with the Jason Moran (who I’d first encountered at the reading) and his Fats Waller Dance Party. I thought it would be the defining happening of the festival, but while the crowd was good at first (it started at midnight), it had dwindled by the 1:30 AM ending time.

It’s a shame, because this was an absolute highlight of the day and of the festival, spotlighting the great oeuvre of Fats Waller (Ain’t Misbehavin’) and of phenomenal keyboardist and interpreter, Jason Moran. I stayed for every minute and downloaded the album on which it is based and I’m looking into his other work. I’d meet him again in the festival with two more great performances.

And so, I ended the second day after 13 1/2 hours of listening to eight concerts and a happening. Absolutely great day. I was, however, exhausted, so I took the next day a bit easier.

I’ll continue with part two later today and I’ll hit you up with all 237 photographs on the Inside of Facebook Page later this evening.