The Strangers Pushes Every Boundary, Explores Every Heart: An Interview with Playwright Christopher Oscar Pena 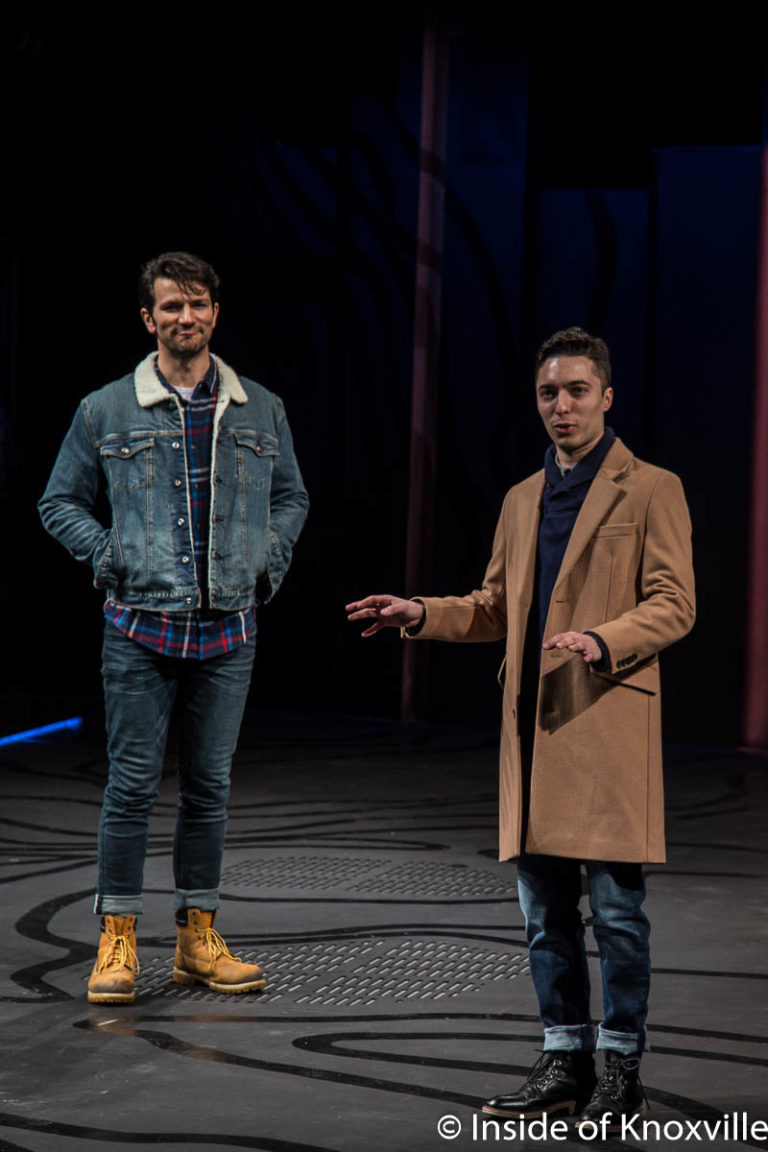 What is the meaning of “home?” Do we ever feel completely loved? Can a relationship make us feel “whole?” How do each of us fit into a swiftly changing world that keeps our place in that world in a constant state of flux?

Playwright Christopher Oscar Peña told me that he was given the freedom to do what he wanted with the script for the new production making its world debut at Clarence Brown Theatre’s Carousel Theatre. He’d recently read Thornton Wilder’s “Our Town,” and began to re-imagine it with characters who look more like his America – the various shades of our country not often portrayed on stage. He began to ponder how he might write a play that was, “a homage to the original, but make it my voice.”

Saying, “I want the audience to continue being surprised, (giving them) just enough to be connected.” That philosophy is present from the beginning moments of the production as the lines between audience and cast are blurred. The structure, perhaps initially startling, becomes more comfortable as the play progresses and the audience is invited to view the characters from an intimate perspective.

“I am a Latino playwright, the son of immigrants. The theater doesn’t really give space for these people. The play is both wrestling with human relationships and we have to deal with bigger issues. The characters just want to find love, but it is in a bigger context. I grew up in California and now split time between L.A. and New York. Do I want to write the safe version or do I write the challenging play?”

The play, as it is written, is not the safe play, though he says, “In L.A. it would be preaching to the choir. I don’t want to be confrontational, but I want to have a conversation. I’m interested in how young people will respond.” He recognizes the play may not be for everyone. He will not be surprised if some people walk out and he’s OK with that as long as they walk out talking about what they’ve just seen.

What audiences will see is fairly direct depictions and discussion of sexual relationships between all gender combinations. Difficult topics including suicide, inter-racial relationships – both romantic and platonic are explored. Timely issues surrounding the Black Lives Matter and the #Me Too movements are examined. Some of these topics presented themselves as the play developed, but well before they exploded into the national consciousness. Mr. Peña sees it as, “one more way for people to have the conversation.”

I asked about the unconventional manner in which the story is told. He told the story of two teachers, “I had a teacher who believes in a clear narrative: When you get on a plan bound for Colorado, you better arrive in Colorado. Another teacher asked, ‘What if you got on a plane bound for Colorado and landed on the moon?’ I hope to add to the canon of challenging plays at Clarence Brown Theatre.”

He continued, “If people respond to a third of the facets presented in the play, that is fine. As long as there is something. Audiences all bring something different to the room. The play fits into the kinds of plays that I do. I want to put people we don’t usually see on the stage. I want to bring these people into the theatre. People of color and young people will see themselves. Not all plays are for everyone.”

While the play pushes many hot-button topics of the day, from immigration to LGBTQ issues, and will challenge audiences with graphic language and content, he says, “I didn’t write this play with judgement or anger, but to generate a conversation. Why am I a playwright if not to engage difficult topics?”

The play will run in Clarence Brown’s Carousel Theatre beginning tonight and running through March 11. Opening night is Friday night when audience members will have the opportunity to meet the cast and the playwright, as well as director John Sipes. You may buy tickets here.