Knoxville has a Theater District? A brief history of Knoxville’s Theaters: Part Three of Four 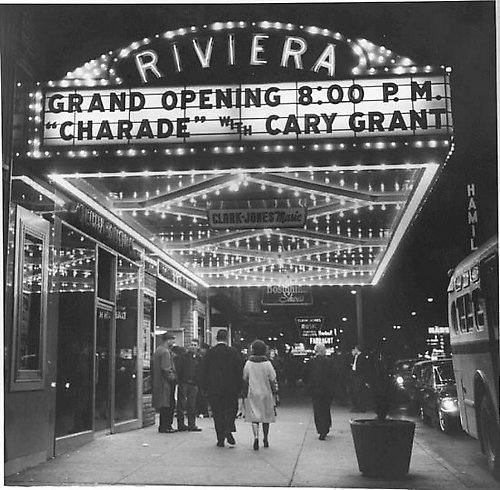 As promised last week, here is the continuation of a look at Knoxville’s Theater District by local writer and architect, Oren Yarbrough. If you missed the first two parts, please do yourself a favor and check them out (Part One, Part Two). You’ll never see the “Theater District” sign again and feel the same. Here’s Oren:

In the first two parts of this series I cataloged the history of Knoxville’s many theatres and each of their unique stories and eventual fates. Most of the theatres discussed in the last part were located in the 800 through 600 blocks, including some of the most significant and historic theatres to ever grace Gay Street.

Starting with the Staub Opera House and then moving into the Bijou Theatre, Grand Theatre, Tennessee Theatre, and ending with the Roxy Theatre; we managed to work our way to the 500 Block for the beginning of today’s continued story. The sad truth is that none of the theatres mentioned today are still in existence, though some of the buildings do still survive in one way or another.

The Queen Theatre opened in 1914 in the heart of Knoxville’s busiest block, on her busiest street. With a capacity of 800 seats, the Queen Theatre was the first theatre on Gay Street constructed and opened specifically for movies. Over the next two decades Knoxville’s theatres would grow larger and grander than her, but the Queen was a prized asset to the city and she held her own for a good while.

One unique architectural feature of the Queen Theatre was that the stage and audience were flipped inside the building, so guests entering to watch a film had to walk past the front of the stage and screen to find a seat. This rare layout in theatre design was supposedly to allow for additional exits and a larger seating area. Sadly, no photos exist of the interior of the Queen theatre to see the flipped layout.

The Queen Theatre ran until 1928 when she was shut down just days before the scheduled Grand Opening of her future neighbor & competition, the Tennessee Theatre. Shortly after The Queen closed down a Woolworth’s Department Store moved into the building and stayed on Gay Street for the next 30 years. Sometime around 1965 the Park National Bank that sat next door purchased the structure and constructed a large and modern tower for their new headquarters.

The Park National Bank most recently housed the downtown Regions Bank branch before they moved across Union Avenue into the Miller Building. Just a few weeks ago a huge announcement was made that the tower, now decaying and semi abandoned, had been purchased with the intentions of performing a massive remodel to convert the tower into a high-end hotel with retail on Gay Street.

Across the street from the Queen Theatre, The Riviera opened in 1920 as one of the largest movie palaces constructed on Gay Street at her Grand Opening. Following a pattern similar to all of the other significant theatres that had come before her, The Riviera was a massive addition to the rear of an existing Victorian Era structure that dated to around 1885.

In the image above (circa 1900) you can see the original structure which enclosed and fronted the Riviera Theatre. According to Sanborn Maps dating to 1890, one of the previous uses of this building was a YMCA function of some sort on the 2nd floor. You can see the historic McClung Building three buildings to the North for a reference to the location of the theatre from when it stood on the 500 Block of Gay Street.

According to what I could find, The Riviera was a very narrow theatre design with a capacity to hold around 1,200 people when first constructed. The Riviera was built to outshine all the competition, utilizing decorative pink marble in the ticket lobby and having one of the largest marquees to be found along Gay Street for most of the next decade. From 1920 to 1928 The Riviera was the finest place to go see a movie in Knoxville. In between films there were live performances with a small stage and a Wurlitzer pipe organ and many famous celebrities of the silent film era passing through Knoxville visited this theatre.

After The Tennessee Theatre opened in 1928 The Riviera was no longer viewed as the grandest movie palace in Knoxville, but that did not stop the theatre’s continued success. Throughout the decades of the 1930’s through the 1950’s The Riviera managed to secure the most popular films of the time and keep the theatre’s seats full.

Sadly, in 1963 a shocking event occurred that some readers might even remember if they lived here long enough; during a showing of special effects film “Jason and the Argonauts”, The Riviera caught fire and burned mostly to the ground. The façade of the historic structure that acted as the theatre’s lobby was all that remained following the fire. The Tennessee Archive of Moving Image & Sound has an amazing video, available for public viewing, of the Riviera burning.

Not long after the fire, The Riviera was rebuilt using a more modern design style for the interior in an attempt to increase attendance. Unfortunately, not long after the theatre was rebuilt, downtown Knoxville began experiencing the waning interest from the public that affected all of the other businesses for decades to come, and in 1976 the Riviera was officially closed.

The very next day after closing, the Riviera was officially put up for sale by the owner, and over the next few years a series of ideas were thrown around to do something with the old space. In 1988 the site was leveled for a parking lot after all of the proposals fell through to redevelop it, and for the next 15 plus years the site sat this way as a sad reminder of a Knoxville from the past.

The next part of this story is when things get a little interesting, especially for a city the size of Knoxville.

You cannot discuss the historic Riviera Theatre that Knoxville lost without at least briefly mentioning the Riviera Theatre the city was able to bring back. As early as the year 2000, city officials discussed bringing a movie theatre back to downtown Knoxville. The best choice for a site downtown was ironically the same spot where a theatre had sat vacant and abandoned just 12 years earlier. The old Riviera site was chosen, and after almost 7 years and many combined efforts of multiple city administrations, designers, and developers, the Regal Riviera opened in 2007 on the very same site that 87 years earlier one of Knoxville’s most significant movie palaces opened her doors.

It must be noted that a huge effort by citizens, designers, and preservation groups led to the successful development of the Regal Riviera Downtown, while also managing to preserve and restore the remaining buildings that sit between the theatre and the Farragut Hotel.

Early discussions about constructing the theatre involved removing all of the buildings along this block to get more theatres laid out in a better plan and some suggested using the historic S&W Grand building as the lobby of the new movie complex. It is thanks to the efforts of many individuals that downtown Knoxville was able to gain a great asset for economic development while also saving and preserving significant buildings in one of the most important blocks of our city.

Tomorrow we’ll end the series with a look at smaller theatres long-gone and Knoxville’s African-American theatre from the era of segregation. (Click here for part four)