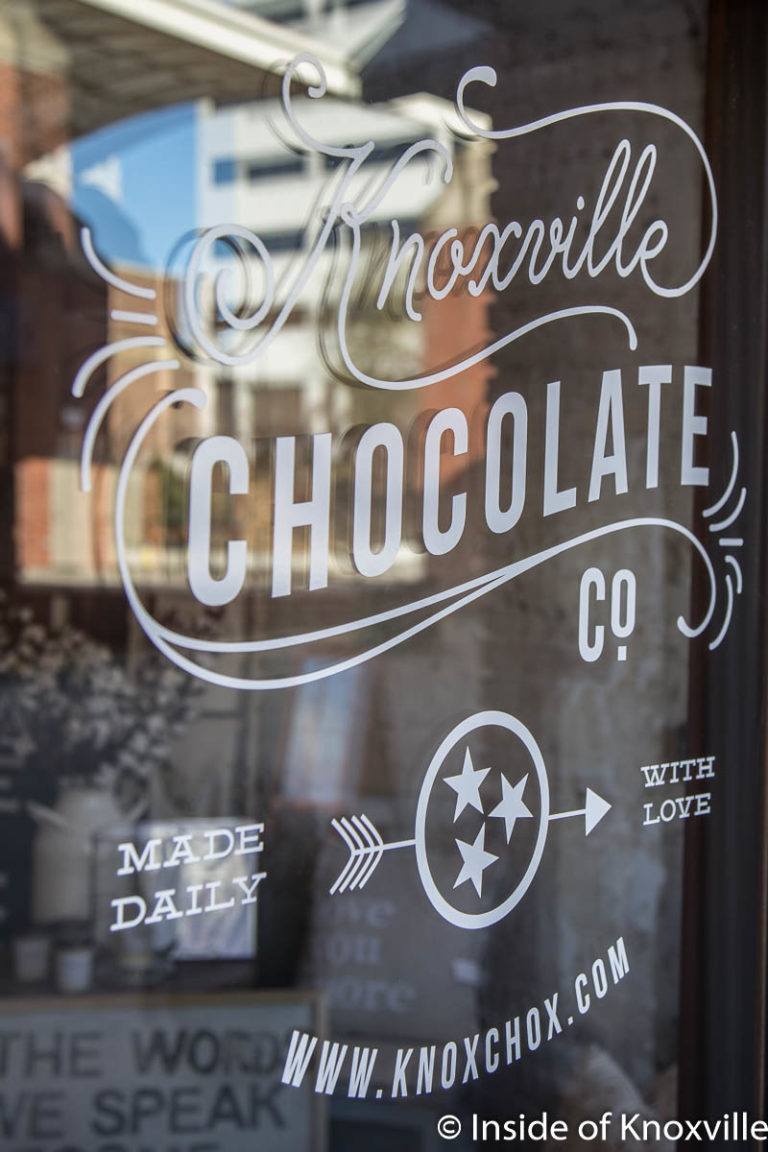 Right on schedule, as I first reported in September, Knoxville Chocolate Company has opened on Market Square, moving from its long-term home in the Candy Factory. While they technically opened in the last weekend of 2017, I’m going to call it the first opening of 2018, as it was New Year weekend.

When I finally made it in this week, I was surprised – pleased, to be sure – but surprised at the crowds inside. I waited quite a while to get the clean shots you see in this article. Another fun fact when I walked in: most of the customers were speaking Spanish: Excitedly, as they picked up their chocolate of every sort.

While he said it had come in waves since they opened last weekend, Noah Farmer, who works behind the counter said that he’d seen more customers in these few days on Market Square than they’d typically see in a month at the Candy Factory. He said they came in waves, which explains the tsunami I entered.

The locally owned Knoxville Chocolate Company boasts hand-made chocolate of all kinds. Some of the manufacturing operations will be moved to the Market Square location, though that portion of the business is still under construction. Owner Brad Hamlett has been making chocolate for decades and the store features the fruits of his labors.

The store also is host to a large number of various kinds of gifts and that’s something that has been expanded in this location versus the Candy Factory spot. Among the bountiful supply of chocolate, you’ll find jewelry, candles, unique lines of cards and more. Leigh Hamby, who also works at the store, pointed out the Milk Moon House brand of signs they sell as an example of a very popular – and local – item. She said they make an effort to stock local and regional items.

The store is still finding its footing and that applies to hours. For now, they are open Monday through Saturday from 11:00 AM to 7:00 PM and are closed on Sunday. Expect the hours to expand as time passes. For now, go in and check out the excellent chocolate and gifts and support a long-time local business as it moves to Knoxville’s main stage.