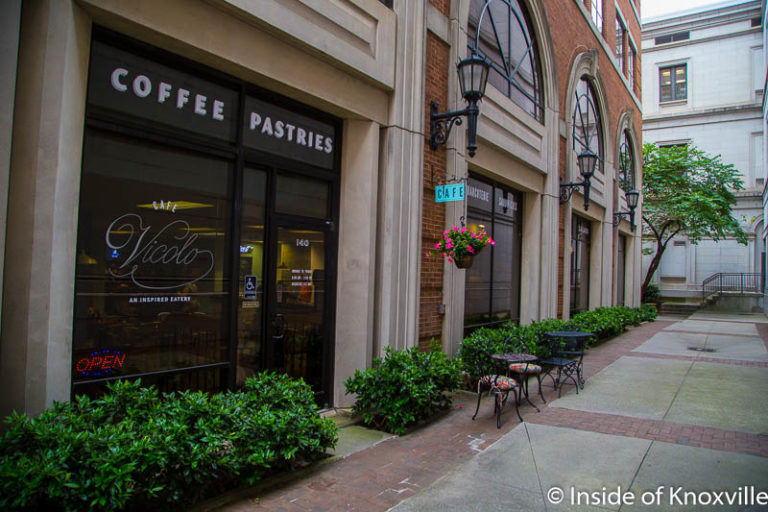 This is running  a little late this year, but I wanted to close out last year properly with the top ten articles. I hope your new year is already off to a good start, but today we’ll take a final look back at a big year for downtown Knoxville. Like last year’s list, this year’s is dominated by business news, particularly openings and closings. Like last year, a couple of different kinds of articles found their way onto the list.

So, after over 280 articles and a total of over 900,000 page views, these are the ten articles that you read the most:

It’s become one of my go-to spots for charcuterie and cheese boards and they’ve got lots of other things going on. Cafe Vicolo has quickly become a favorite of a number of downtown residents. Located in an alley across from the Tennessee Theatre, its location is both its charm and its challenge. If you haven’t given it a chance, please do so. Chef Phil Tessier is doing good work.

It’s another opening in the ninth spot and another business that has gotten off to a fast start, though north of downtown’s core. Chef and co-owner Don DeVore of Broadway Market kicked things off with a colorful interview but, in the end, it’s all about delivering the goods and Broadway Market does just that with sushi-grade fish and much more.

This is obviously one of the exceptions to the business open preferences. Many of you felt it was the most important story I wrote last year (you told me so) and it also came in at #2 on comments and would likely have been at the top of the list if I hadn’t cut comments off because they simply became to nasty. It was a hard article to write – both to dig through all the information and because it was not pleasant to write.

Another exception to the business articles, we had some fun debate about the practicality and the cost of the idea, but tiny homes continue to fascinate many of us. This particular version is pretty amazing, if expensive. It’s a long way from tiny trailer homes pulled down the road. This one is for putting down roots.

It’s another business opening and this one was big news for south Knoxville. It was a great year for south Knoxville in general and between Suttree Landing Park and the Urban Wilderness, along with people who simply love the south Knoxville vibe, more businesses like SoKno Taco are likely in the offing. It’s delicious, fun and what they’ve done to a dilapidated building is definitely awesome.

Of course, it didn’t quite make it for a fall opening, but build-out on Pearl on Union is currently underway, so it should be long, now. The Facebook Page says it will go quickly from this point. The shop will be the third business for owners Shaun and Meg Parrish, following local favorite spots, Old City Java and Wild Love Bakehouse. Expect the good coffee and baked goods very soon. You’ll hear about it here.

Local Motors is, without question, a great asset to east Tennessee. At their production plant in west Knoxville they are working on improving their 3-D printed cars and developing driverless automobiles. Still, having them on Market Square had always seemed like an odd match. When they left, their space at 11 Market Square was immediately grabbed by Dustin and Jared of Rock Paper Hair Studio who had worked in that spot years ago when it was Salon Visage. Their return to that spot and their heart-warming story was a reader favorite. The business has only exploded since the move.

3. Saw Works Brewing Company: A Story of Promise and of Promises Broken (Part One of Two) (September, 10,749 views)

This is the first part of the story first mentioned in the eighth spot and you could certainly argue with the two together easily make it the story of the year.

It’s another opening and this one drew massive attention. With the brewing and culinary expertise behind it, Elkmont Exchange opened with great fanfare and very high expectations. The unusual exterior of the building created its own buzz. In a town with lots of pretty bars, they also take the cake at this point, in my opinion.

This created quite a buzz as Bliss and Tori Mason Shoes left the square for their new digs on Gay Street. It was great news for Gay Street as quality retail replaced office space on the street. And the space turned out to be spectacular (see photos and story here). The 400 block of Gay Street is taking its place as, perhaps, the best bang-for-your-block downtown. Check them out if you haven’t.

So, lots of business news with a little variety mixed in ruled the readership last year. That wraps up last year and we’ll start cranking on this year which promises to be bigger than ever for the scruffy little city we love.