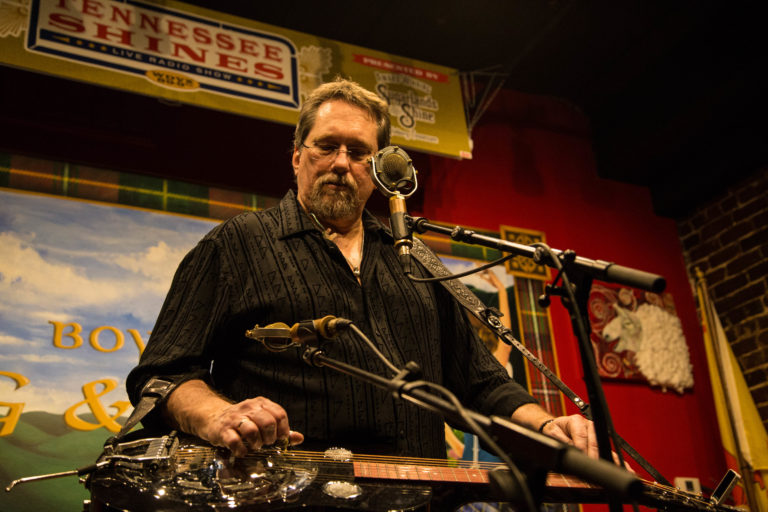 It may seem strange to start thinking about a spring music festival in November, but the Big Ears for 2018 lineup was announced today. Tickets for the March 22 through March 25 festival will go on sale this Friday, November 3 at 10:00 AM. I spoke with festival organizer, Ashley Capps, to get an idea of what’s up with this year’s festival.

The New York Times has called it, “a music festival with a rare vision,” and this year promises a lineup as expansive as any before it. Over 100 performances will be spread in venues – both traditional and surprising – all over the downtown area. Music from all over the world is, by now, an expected element of the festival, but this year finds more rooted themes running throughout, with an extensive jazz lineup of some of the best players in that world, alongside spirituals, Appalachian based sounds and everything from symphony orchestra performances to North African trance music.

“I think this year’s festival may have more depth and breadth than ever before,” says Big Ears Founder and Artistic Director Ashley Capps.  “Some powerful themes emerged during the planning process – there’s a deep spiritual thread running through much of the music, along with some brilliant work that is especially potent in our current political climate.  There continues to be a strong female presence in the festival.  Perhaps most importantly is a very dynamic interaction between the global – the internationally acclaimed artists – and the local – our own indigenous culture and sense of place and community. That’s especially exciting to me.”

I asked Ashley about the high profile being given to Appalachian music and what prompted that move. Noting there has always been a thread of regional music in the festival – he mentioned performances by Sam Amidon as an example – he said that element, “always gave me a kind of spark.” Sam, he said, “Always put that music in to a fresh context. He was an inspiration.”

He also noted that continual question in the larger music world of, “Why Knoxville?” While he’s generally been inclined to respond, “Why not Knoxville?” he says there has always been a bigger answer. The world comes to our doorstep and experiences, the history, the growing culinary scene and the natural assets surrounding the city and that’s been important from the beginning. While visitors embrace all we have to offer in those arenas, he said, “I found myself wanting to answer that question more aesthetically.”

He’s also had conversations with Bela Fleck and Abigail Washburn for years about being a part of the festival, but scheduling proved problematic until this year. With their involvement arranged for this year’s festival, he reached a tipping point of sorts when he had a conversation during last year’s festival with Anna Roberts-Gevalt, half of the musical duo Anna and Elizabeth. Anna is steeped in the regional music of the southern Appalachians and raised the possibility of integrating that music more fully into the festival.

As the two began to work together to make some of her ideas a reality for this year’s festival, he began to encounter numerous people, from a British music producer he met in Oslo, Norway to Rhiannon Giddens, who knew her work and appreciated her grasp of the breadth of Appalachian music. You’ll find the results of her curation woven throughout the festival, in an array of experiences, as well as musical performances and the finest players, such as Jerry Douglas. Additionally, “Appalachian themes emerge in the work of composer Julia Wolfe, especially her 2015 Pulitzer Prize-winning “Anthracite Fields,” as well as in Jenny Scheinman’s poignant exploration of small southern towns in “Kannapolis.”

I asked what was behind the expanded emphasis on jazz in this year’s festival. Given his well-known and long-term love of jazz, he said he has been asked, “What took so long?” While there have been great jazz performances in previous years – Kamasi Washington comes to mind – he said, “These ideas have a way of taking certain paths.” It has all come together this year with,

Of course, it wouldn’t be Big Ears if there weren’t surprises and unusual connections like exploring the links between fiddles and drones. As in the past, there will be innovative collaborations, an amazing film program developed with the help of The Public Cinema, installations, artist talks and interactive experiences. This year you’ll also find culinary events featuring wine and beer and much more. Details will emerge over the coming weeks.

I asked Ashley why so many performers from all over the world choose to perform this annual event. He said, “The festival has built a profile and developed a following. These performers want to be here to reach a very receptive audience outside their normal context.” He also noted that, “A sense of place is one of the essential elements of a great festival. These performers are being introduced to Knoxville and the region.”

Highlights of this year’s festival: