An Interview with Garrison Keillor 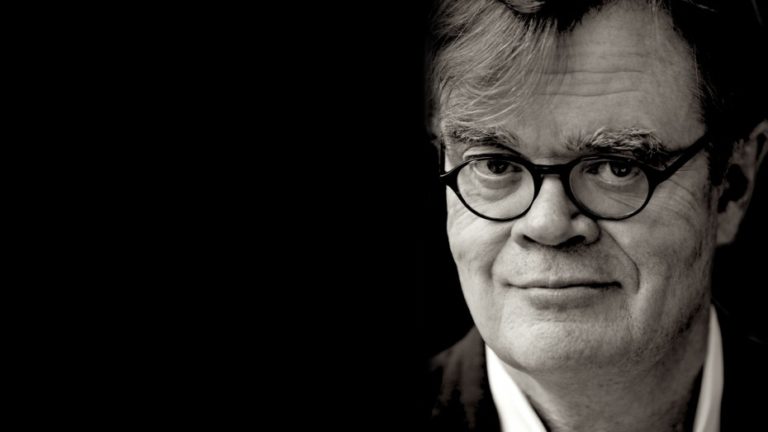 I was recently offered the opportunity to submit email questions to Garrison Keillor and enjoyed the attempt at thinking of questions one of the most interviewed people on earth might not have been asked a few thousand times. I’m not sure I succeeded, but here is my interview with a man that so many people feel they know intimately through A Prairie Home Companion, The Writer’s Almanac (my personal favorite), his weekly column for the Washington Post and  his novels, yet somehow remains personally elusive.

“I’ve gone back to being a writer, taking on projects, trying to finish them in good form, looking for new ones. The free-lance life. Instead of working with a big cast of musicians and tech people and staff, it’s just me and my researcher. We talk on the phone now and then, otherwise I sit at my kitchen table at a laptop and work and scratch and rewrite. A very good life.”

“I don’t look back. Nothing is ever good enough: I learned that a long time ago and don’t need to be reminded. One lives on hope that the next work will be almost good enough.”

“I’m a small voice from the Midwest. Basically, it’s Donald Trump’s culture and the rest of us have to live with it. The gang of Christian liberals that I believe in is a disappearing remnant. What we used to think could not happen here is happening.”

“The world is full of “content” that has a life of about fifteen minutes. Meanwhile, Emily Dickinson seems to me to be more vital than ever before. I wouldn’t trade two lines by her for a week of the Wall Street Journal and a year of Fox News.”

“I think that we used to believe in the American premise: “All men are created equal and endowed by their Creator with unalienable rights, including life, liberty, and the pursuit of happiness.” I hope we still do. There is reason to wonder about that.”