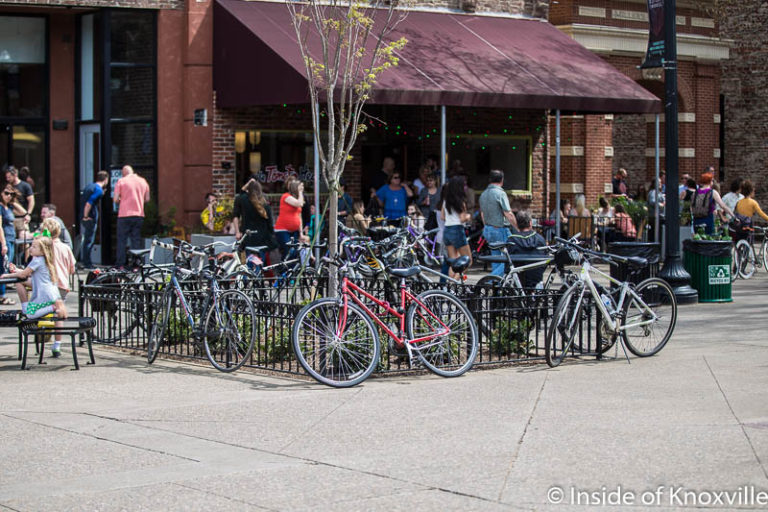 I realize I’ve fallen behind on sharing articles I find on the topics we cover. I realize this because I’ve got several dozen bookmarked and not used for articles. I accumulate them and look for connecting threads which aren’t always readily apparent. So, today I’ll share several from the last several months which are loosely connected around a transportation theme.

Moving about. It’s as old an issue as when we climbed out of the primordial slime and gave up full time swimming. We walked for a long time in the absence of choices. Eventually Fred and Barney figured out how to ride on the back of a dinosaur and transportation was never the same, again. Or at least that’s what happened in cartoons.

We did figure out how to ride on animals. Someone figured out that a round object might be used for mobility. We connected animals to those wheels and transportation stayed the same, more or less, for hundreds of years: ride animals or have them pull you. Float in a boat. Or walk. Most of us for most of those years could only afford to walk. Those restrictions in transportation carried with them certain realities of life. We had to have nearby access to necessities. Many people never traveled more than a few miles from where they were born. Towns and cities were compact and the spaces in between were large and clearly demarcated at the edge of town.

To say things have changed in the last hundred and fifty years or so is, of course, very understated. Trains, planes and, mostly, cars have changed all that. In a recent article in Governing, Alan Ehrenhalt pointed out that, “Back in 1894, a distinguished panel of New York citizens peering into the urban future issued a distant early warning. By 1930 or so, they said, the streets of Manhattan would be virtually impassable due to an exponential increase in the amount of manure dropped by horses pulling carriages.”

The advent and rapid adoption of the car made that prediction seem silly. His article, “What Judges Don’t Understand About Transportation,” makes the point that we don’t really know what will happen next with transportation. The Judge who caught his ire and spurred this article had nearly killed a light rail project that had been in the planning stages for nearly twenty-five years because the planners could not with enough certainty tell him what the ridership would be in 2040.

The difficulty of making predictions doesn’t stop us from making them, however, and make them we must if we are to plan for the future and hope to anticipate trends and avoid critical errors. Much of the current speculation, as we’ve discussed, is centered around driverless cars. In an article in Business Insider last December, Lyft’s co-founder made a number of bold predictions. He said that, “most rides on the Lyft network will be in autonomous vehicles by 2021 and that private car ownership in major US cities will die off by 2025.” Most startling, he said that zones will be established that forbid human drivers.

A continuous stream of recent articles discuss the damage the automobile has done to cities. In Jack Benoit’s article “How the Car Killed Architecture and How We Can Bring It Back,” on the Rate It Green website, the traditional role of architecture as a placemaker is discussed. Humans are attracted to certain kinds of environments and over thousands of years we got pretty good at building them – just look at the places you like to travel – Paris, London, Charleston, New Orleans, etc. Then came the car and we could zip past those places on our way to other places. We allowed the carefully carved places of our past deteriorate or, worse, we knocked much of it down so we could park our cars near what was left when we wanted to go there.

Part of that devastation was for the Interstate system we routed directly through our cities. We’ve got beautiful examples in our own small city. An Atlantic article from just over a year ago, “Highways Destroyed America’s Cities,” takes a look at cities which have removed major highways through their core and the revitalization that has resulted. It includes a reference to a paper that came out of the University of Tennessee. Our very own are quoted thusly, “The removal of urban interstates is a growing trend in the U.S.,” Shelton and Gann wrote. This trend, if carried to its logical extreme, can yield sites of intervention that hold the promise of remaking the American city.” Brings to mind the Biblical reference to prophets in their own land.

But we need bigger roads and more parking, right? Well, not if the numbers of cars are going to drop dramatically as ownership is replaced by subscriptions as Zimmer and many others think. It may sound crazy, but then who thought you wouldn’t own your music? Who thought you’d pay two dollars for a bottle of a liquid you could just as easily get from your tap for a fraction of a cent? But here we are.

A few articles focused on how to deal with where we are, including the answer to the question of whether we have adequate parking. Nathaniel M. Hood, writing for Strongtowns in “Four Easy Steps to Squash the ‘There’s No Parking’ Argument,” makes several good points.

Among them that this is perception, not reality and that outside Manhattan and a very few other places, it is simply not true and usually reflects the sentiments of people who rarely go into the city and generally do so at peak times – like ball games, Friday night or when a cultural event is happening. To have an abundance of parking at those times means having massive, mostly empty, garages and lots most of the rest of the time. He encourages several actions to battle the perception.

So, what to do? Cycling is an obvious component of the answer. And it is happening in places that would have seemed very unlikely just a short time ago. Take New York City, for example. An article just ten days ago in the New York Times, “More New Yorkers Opting for Life in the Bike Lane,” made the point that, while cycling has had a rocky history in the city, it is coming on in a very serious way, with an estimated more than 450,000 bike trips a day currently. In 2005, the estimate was 170,000 bike trips a day. About twenty percent of those trips are commuting (not leisure) trips.

It’s not an accident. 10,000 Citi Bikes have been added to 600 locations across the metropolitan area. 130,000 people have signed up for an annual membership and that represents a 30% increase in just one year. The article points out that, “Citi Bike alone accounted for a record 70,286 trips last Wednesday, which the program called, ‘the single highest day ridership of any system in the western world outside of Paris.'” City planners are acknowledging they can’t build their way out of the congestion on both their city streets and in their subways.

Finally, an interesting article from just a week ago in Columbus, Ohio. The Columbus Dispatch headline read, “Program Approved to Give Bus Passes to Downtown Workers.” Money for the passes would be produced by a three cent per square foot fee from businesses and additional funds from the city. 43,000 workers are eligible and only have to ask for the pass. Imagine the impact as ridership increases on buses and parking spaces are freed up.

Currently in Columbus, estimates are that 83% of downtown workers drive to work and do so alone. It’s probably not so different here. The result is that cars are parked in garages and on lots all over the city all day serving no purpose but to wait until their owners are ready to ride out, again. What if the city, instead of building future garages, aggressively pushed free, privately and publicly subsidized ridership on mass transit? The city would save massive dollars building garages, workers would save money on free transportation vs. parking, parking would be freed for visitors, the air would be cleaner and the downtown streets less congested and safer for pedestrians.

That is simply too hopeful and image to dilute by continuing. Let’s leave it with that happy thought. I’ll try to hit you up with more articles to ponder in an upcoming post.