Pearl on Union Set to Open This Fall 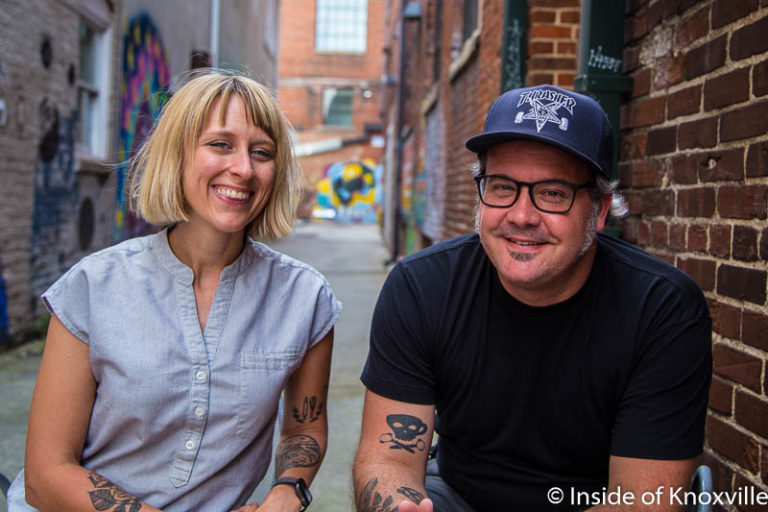 It’s been rumored around downtown for nearly a year while one of downtown’s best locations sat empty. Shaun and Meg Parrish are now prepared to make a big announcement: The owners of Old City Java and Wild Love Bakehouse plan to open Pearl on Union at 513 Union Avenue in the Daylight Building.

The Daylight Building on Union Avenue is one of downtown’s most successful buildings during the current renaissance. Opening in 2011 after sitting empty for years, the building was quickly filled with businesses in every storefront and residents in every apartment. When it converted to condos last year a feeding frenzy resulted.

Businesses have largely thrived. Union Avenue Books remains in its original location and continues to thrive. Two other businesses got successful starts in the building before moving to other locations. Wild Lavender opened nearly two years ago and recently added staff. Coldstream Market, after a successful beginning on Market Square in 2013, moved to the block a year-and-a-half ago. J.C. Holdway opened nearly a year ago to nothing but rave reviews.

513 Union Avenue in the building operated as Just Ripe from May 2011 to its closure April of last year. Several re-organizations and two different owners never quite found the right formula to make the shop profitable. It was filled almost immediately with the first incarnation of Cruze Farms Milk Bar, before falling silent after their planned departure. The space was still leased to Century Harvest Farms and much of the subsequent time has been consumed with shifting the lease agreement to Shaun and Meg.

The couple has long been interested in having a presence in the uptown section of the center city, while continuing to remain invested in their original Old City Java business and their newer Wild Love Bakehouse. The latter business, the opening of which they announced in September 2015 (this link includes much of the background on Old City Java and the couple) and officially opened three months later has been a huge success as exemplified by their recognition last January on Afar.com as the best bakery in America.

They will now bring their special blend of excellent coffee and perfect baked goods to 513 Union under the name “Pearl on Union.” The business is named for Shaun’s great-grandmother and the couple is very excited about the location. They’ve loved it since its incarnation as Just Ripe and Shaun said, “I think it’s one of the prettiest spaces in Knoxville.”

Currently in the design phase, under the direction of Sanders Pace Architecture, they’ve already given considerable thought to the flow and arrangement of the new business. You can expect a new counter in place of the previous counter, bar seating at the window facing Union Avenue and built-in wall seating with tables along the left-hand side as you enter. They also plan to have outdoor seating, which they see as very important to the business. As they imagine it, it will have a smaller capacity than the other two businesses they operate, but the number of seats might be surprising.

Meg said they are menu-testing already, though they will have similar foods to those currently found at Wild Love Bakehouse. Emphasis will be on fresh-made, healthy grab-and-go food. Salads, sandwiches, wraps, soups and both breakfast and lunch foods will be available along with the full complement of pastries and baked goods that have made her reputation.

The two are also excited to join their neighbors in the Daylight Building and like the synergy of being located betweem a top-flight restaurant in J.C. Holdway and Knoxville’s independent bookstore, Union Avenue Books. Plans include opening each morning (seven days a week) at 7:00 AM and, while they will be open at least until 9:00 PM each night, they may extend evening hours to match those of J.C. Holdway. It might be a perfect spot for dessert and coffee after a good dinner and they’ll offer plated desserts at night to provide that option.

Expect the shop to open this fall as quickly as they are able to make the necessary changes and preparation required. You’ll find the familiar – the good food, Counter Culture coffee with all the coffee drinks and familiar faces inside a space many of us have appreciated over recent years. You’ll also find something fresh and new as the couple plans to make it unique as compared to their other businesses.