Inside of Knoxville Goes Inside of the Wild West 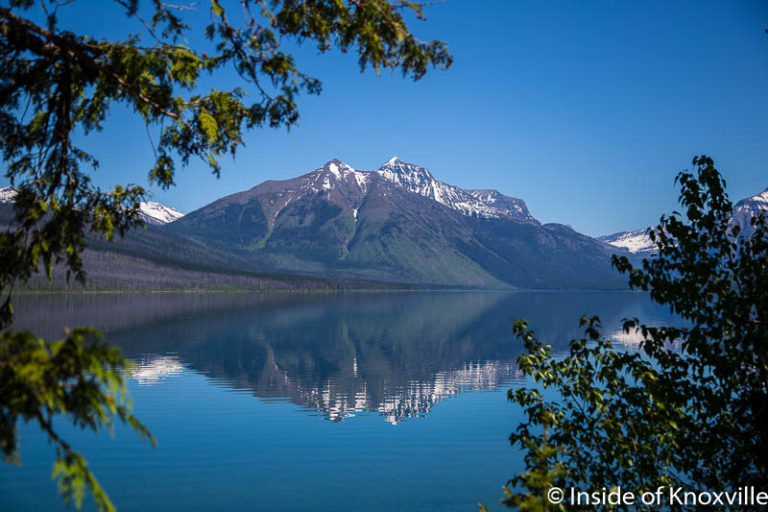 It’s been about six years since the Urbans got away from Knoxville for more than a few days. It’s hard to leave behind what I do for any significant amount of time. And it’s expensive to travel. That said, there’s nothing we love more than travel and it’s been an important part of my life since I was a child and my parents took me from the coast of Alabama to the Smoky Mountains and I told them I would move up here.

Last winter, Urban Father suggested (strongly) that we should drive to Wyoming this summer. After some thought, we agreed for five of us – Urban Father (age 83) and his wife, Urban Woman and myself and Urban Girl (age 7) – would fly to Denver, rent a van and head north for two weeks. May 24 (Bob Dylan’s birthday) marked the start of our trip.

After a five hour delay in the Knoxville airport (Urban Girl declared the airport Ruby Tuesday’s to be the, “best restaurant ever!”) we arrived in Denver and drove to Boulder for the night. The following day we drove to Jackson, Wyoming, the focal point for Urban Father who has enjoyed a number of trips there and wanted one more.

Four days and five nights there got us into Idaho, to Old Faithful in Yellowstone, a day in the Grand Teton National Park, a bit of time in Jackson, Wyoming and a brief trip into Idaho. We saw buffalo, eagles, Elk, a moose, lots of antelopes and marmots and even a few camels along the way. Yes. Camels. Though not in a national park. We had a close encounter with a black bear, snowball fights at 14,400 feet above sea level and a horseback ride.

Driving north after six days, we drove through Yellowstone, seeing many of the incredible hot springs. It’s really like another planet in some of those spots. We also had close encounters with a couple of buffalo before driving out the north end. A night in Bozeman, Montana, another in Missoula and then we drove north through the Flathead Reservation to Whitefish, Montana where we spent three nights.

While there we got acquainted with the cool little town on the edge of Glacier National Park, where Urban Girl completed her trifecta of badges as a Junior Ranger at each of the national parks we visited. We slipped into Canada via the Blackfoot Reservation, saw some beautiful eagles and had a windy picnic. After another day in Glacier, we said goodbye to kin (Urban Woman’s Cousin and his wife live there) and started south.

A night in Billings, Montana was followed by a stop at Little Bighorn Battlefield National Monument. Located on the Crow Reservation, the monument includes the battlefield where Custer engaged too many Sioux and Cheyenne warriors. The spot where he fell is marked and a Crow guide told the story as we looked out to the spots where the action happened. It’s a powerful place for those of us who have studied the history.

After a night in Casper, Wyoming, we ended the trip where we started: Boulder, Colorado. I’ll have more on Boulder, later, as we got to spend an evening there, and it really has a lot of parallels to Knoxville. The flight home was, thankfully, uneventful and we returned a week ago today.

Urban Girl, on the final morning, said she felt, “happy and sad.” I told her that’s the perfect way to end any trip. I hope you have a chance to getaway this summer, as well. We have a great city, but there’s a great world out there and it’s so important to experience it in all its wild and crazy glory.