Is Boulder the “Knoxville of the West?” 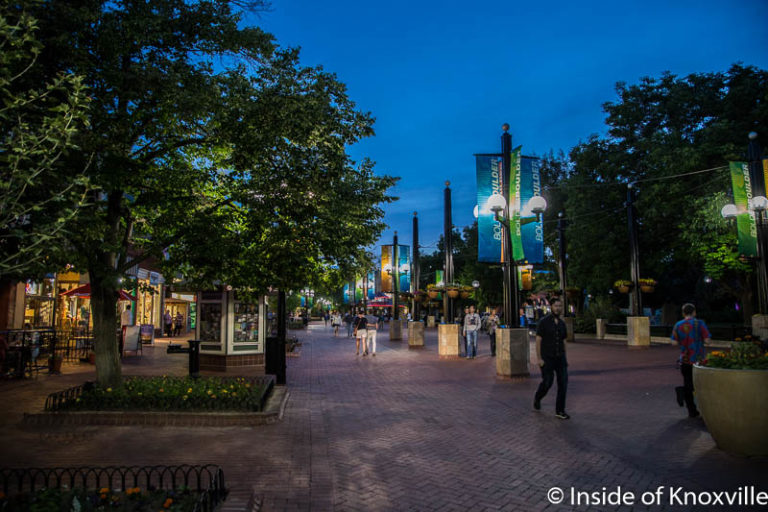 Lest anyone prepare to blast me for blasphemy before finishing the first paragraph, let me point out that I’m referencing an article I wrote just over a year ago: “Is Knoxville the “Boulder of the East?” It was in reference to an article published about then in Denver Life in which Kim Bumpas of Visit Knoxville was quoted as saying she hears that from tourists traveling from the west to Knoxville.

I noted my long-term interest in the city and the fairly inexpensive tickets via Frontier airlines currently (and still) offered between the cities. Similarities, as I mentioned, are there – surrounding mountains, universities in each city, a brewery and a culinary scene in each, an emphasis on active lifestyles, each city is more liberal than the state its in.

Differences also abound. Our liberal is their conservative. Commenters noted the much larger role of religion locally and perhaps more friendliness. Certainly, their culinary and brewery scenes are older, more established and likely more extensive. And I listed their accolades, which would likely be literally unmatched by any other city in the U.S. They are listed at or near the top in virtually every category of livability.

I ended the article with this statement, “Still, all this talk of Boulder has given me the itch to go there. And realizing Frontier sells reasonably-priced direct-flight tickets only ads to the draw. Maybe I’ll visit that city and report back what I find. Maybe I’ll proclaim them the “Knoxville of the West!”

And so, I have. I visited very briefly, staying two nights in a great short-term-rental with which I was connected up via a reader of this blog, so that was sweet. My nights weren’t consecutive and the first consisted of arriving late, sleeping and leaving early. The second, however, I was able to spend an evening specifically in the Pearl Street Mall area, which is similar to our Market Square. So, I can’t really compare the cities, though the previous article pretty much covered such comparisons as I could find.

That said, a significant connection between the two is the Pearl Street Mall and Market Square and I did have a chance to explore their version a bit. So, here are simply some similarities and differences I observed, served up for fun and nothing more. Both cities, obviously, offer a lot and in most of the overlapping strengths, they’ve been at it a lot longer.

We had dinner at Riffs and I had one of the best steaks I’ve had in a long time. We agreed that restaurant, along with many of the others we noticed, would fit in very well on Market Square. We had ice cream at Ben and Jerry’s for dessert and that highlights an interesting point: chain and local retail seems to coexist pretty seamlessly. There’s more local from what I could see, but Urban Outfitters, Ben and Jerry’s and Cheesecake Factory sat in among them.

The fact that Pearl Street Mall is probably five or six times larger than Market Square is probably the most significant difference. It made me regret even more the fact that TVA has decided to retain their towers, thwarting any hopes of extending retail northward from Market Square for the foreseeable future. That it is so much larger probably lessened the impact of the presence of more national chains as they don’t represent a great percentage of the large area.

The blocks are filled with fascinating sculpture and echos of place in the form of rock gardens for children to enjoy and rock features through which everyone passes. The presence of a visitor’s kiosk which appears to be manned by a live person during the day was also interesting. A small outpost of Visit Knoxville on the square would probably have a line much of the year, in my opinion.

There were many bookstores and coffee shops and most seemed to be doing well on a mid-week night. Those two things feel like the soul of a city, to me, and to have so many made a real statement. Beat Book Shop alone with its stacks of vinyl, books and tshirts could have kept me busy for an afternoon. It made me realize we have room for more of each and we’ll likely see more coffee shops at the least.

Hotel Boulderado is their old world style hotel and it made me very happy to consider that the Farragut is on its way back. A proper hat shop and a tea shop were also to be found and made me think we could probably support both. Long advocates of cycling, a kiosk of available bikes for a 24 hour, month or year-long payment sat at about the midpoint and would be very easy for tourists to use. That would be so easy to do on Market Square.

Also found in much larger numbers: high end art galleries. We have a good start with galleries, but it seems like something on the order of a Liz Beth Gallery would fit in very well with the Art Market and other galleries located downtown. It’s something that would serve both residents and tourists.

One of the funny things I noticed was how many restaurants were named simply what they are. “Latin American Restaurant,” “Falafel,” and “Bohemian Beirgarten,” don’t leave much doubt what you’ll find when you walk in the door. Seriously, the restaurants looked amazing and I’d love to stay there for two weeks eating at a different one each night.

When I wrote the article thirteen months ago I didn’t seriously imagine I would be there so soon. I’m both happy I was able to stop by and completely unsatisfied with the brevity of the stay. I hope to return and sink my teeth into how they have made the progress they’ve made as a city and to, hopefully, glean some implications for Knoxville.

In the meantime, I can tell you that if you visit you would feel very much at home on Pearl Street. And the flights to Denver are cheap with the airport about forty-five minutes from Boulder. Highly recommended outing if you’re looking for a quick getaway.