Jenna and her Cool Friends at KMA

One of the longest running and coolest music shows in Knoxville is Alive After Five presented by the Knoxville Museum of Art. It’s a steal at $8.00 per ticket and several groups get in for $4.00 – including teachers. The price of admission includes full access to the current art exhibits along with most excellent extras.

Food for dinner is offered at a very low cost. The night I was there barbecue sandwiches and fried fish sandwiches were available for five dollars and that included beans or cole slaw! Both sandwiches were delicious. Beverages are available at a modest cost and include soft drinks, water, wine and beer. Free popcorn prepared perfectly permeates the premises with its buttery odor. 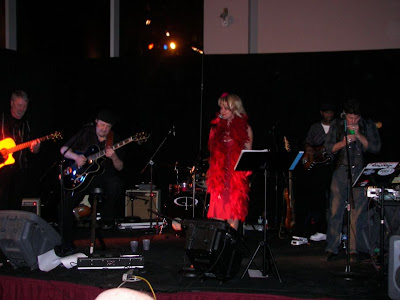 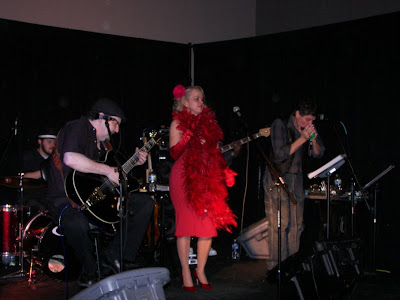 And then there is the main feature: The music. Usually featuring jazz or blues, and always in a danceable form, the night is booked, planned and hosted by Michael Gill a blues and jazz aficionado. This particular night featured Jenna (Jefferson) and her Cool Friends (“Detroit” Dave Meer on guitar, Keith Ford on guitar, Michael Crawley on harmonica, Larry Joe Dunsmore on drums, and Glyn Loyd on bass). The program was entitled “Wild Women Don’t have the Blues.” 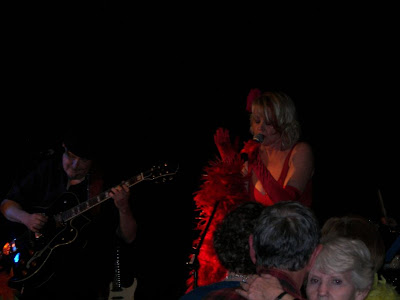 The music provided a time-trip through the various forms and sub-genres of the blues with Jenna as the guide. And what a guide! Her encyclopedic knowledge of the blues provided the back-drop to her considerable vocals and flashy style. She and the band performed songs from Ma Rainey, Bessie Smith, Ida Cox, Bonnie Raitt, Eric Clapton, Muddy Waters, Little Walter and even as far afield as Stevie Wonder. The band was spot-on all night, each had great chops, but a word has to go out about Michael Crawley on harmonica. His playing is absolutely stunning. I’d heard him once before, but I’d forgotten the sheer power he brings to the instrument.

All of this was delivered to a danceable beat and the packed house of several hundred danced into the night. I found it very inspiring to realize that this many people do the slow-jam to the blues in Knoxville, Tennessee. You might want to check out the upcoming shows at the link above. Maybe I’ll see you there.