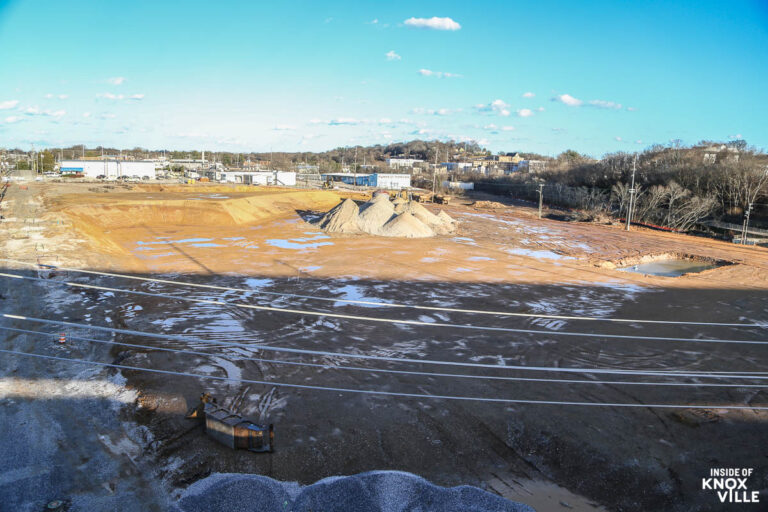 It’s been about nine months since I last mentioned baseball in this space. It’s not that the express stopped rolling, but when I wrote last April that the Smokies would not likely play their first game in Knoxville until 2025, it seemed pretty distant. Now, as 2022 turns to 2023, it seems like a good time to revisit the topic. The first time I interviewed Doug Kirchhofer, CEO of Boyd Sports, was in December 2020. Things looked quite different then:

The hope is for construction to start in the second half of 2021 with an aggressive goal of having baseball games in the spring of 2023. Failing that, 2024 seems like an easily obtainable goal.

I requested another conversation with Mr. Kirchhofer to look at what has happened with the stadium over the last year and what he expects for 2023. We started off with a laugh about the above line from my previous article. A lot has happened since then.

One of the issues that had to be confronted over the last year was the difficulty setting prices for a construction project that will continue for a long period of time. Interest rates, supply issues, and significant inflation made projecting costs far into the future a perilous venture. Even now, the group is working on finalizing numbers.

In the interim, a couple of moves were made to give the numbers some cushion against the various forces making the project less financially predictable. Randy Boyd pledged to provide an additional $6 million to the project and to loan the project up to $20 million, which may be paid back out of future tax increases on the surrounding development.

On the tax front, another move was made, to expand the TIF district from a tighter area around the stadium to include more of the Warehouse District. The zone directs increases in real estate tax revenue into paying for the stadium first and repaying the loan from Boyd afterward.

On the expense end of the equation, the stadium design was examined further to determine if there could be savings found without sacrificing fan experience or stadium function. The major concession there was to move team offices out of the stadium and into one of the adjacent developments. Mr. Kirchhofer was clear that this would not impact street-level retail space in that building but would be housed above the first floor.

The construction documents are now largely completed but are being fine-tuned for presentation to the Sports Authority (hopefully) in the first quarter of this year, perhaps as early as next month. Denark Construction is in the process of getting bids and setting costs for that presentation. This will establish the guaranteed maximum cost of the project.

To the naked eye, the site currently looks like a field of clay with some sort of swimming pool/sinkhole filled with water somewhere on the third base line. Mr. Kirchhofer explained that two major pieces of site preparation are well underway. The first is the laying and expansion of utilities to the site to serve both the stadium and the other development pieces. The second is “rough grading,” which is what is visible on the site.

All the above sets the stage for the beginning of construction, which will start with foundations. Sometime this year, structures, including both the stadium and the first of the other developments, should begin emerging from the ground. The hope is that this work will start this quarter, with a two-year completion date and a spring 2025 first pitch in the new stadium.