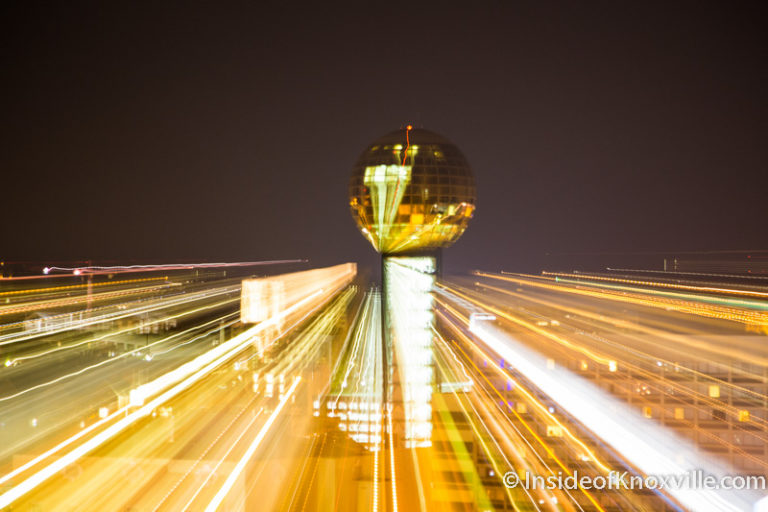 For the second consecutive year, the City of Knoxville will host its long-running ball drop from the World’s Fair Park at the Sunsphere tomorrow night. Lowe’s is the primary sponsor for the event centered on the festival lawn. There is plenty of fun for those interested, including live music, food trucks, axe-throwing, a silent disco, lasers, a fireworks display and a midnight ball-drop from the Sunsphere.

It’s rain or shine (and it looks like there could be some drops and family-centered fun starting at 8:00 pm. The K-Town band takes the stage at 9:30. There will be no alcohol sales at the World’s Fair site, so make your plans accordingly. It’s a great evening to spend in downtown before arriving at the World’s Fair Park for the official festivities. Parking, as is the case every weekend, is free at all City-owned garages.

To close the year on this website, I’m sending you out with something fun. It was three years ago this month that we said a final goodbye to Urban Brother, my baby brother who had periodically graced this site. Some of you knew him as a member of the Knoxville Gay Men’s Choir, as Executive Chef at Knox High (and on WBIR), and for his interior decorating that landing him on local news channels for his home at Brownlow that he had beautifully decorated for Christmas.

I’d often introduced him as the most creative person I’ve ever know and the above is just a small sample. He was a classically trained pianist, an artist, and a designer. My niece recently sent me a link to the piece below and it happens to be a fun seasonal sample of his talents. If I were to guess, I would suspect he came up with this concept, wrote the dialog, designed the lighting and the staging, and improvised the piano bench kick. It also underscored that, though he could be serious, he wasn’t afraid to act a bit foolishly.