The Unicorns Control the Channels: A Tribute to Urban Brother 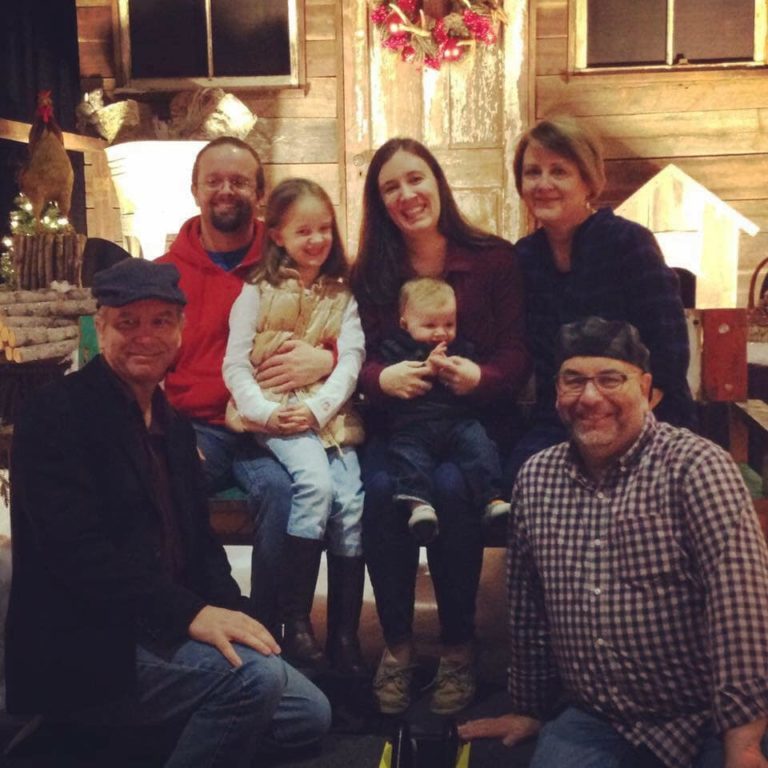 Mark removed the mask supplying a breathing treatment, looked intently into my face, and carefully enunciated, “The unicorns control the channels.” By the time he shared this cryptic jewel we were about thirty-five or forty days into the hospitalization that seemingly would never end. He was becoming less coherent, and I wasn’t far behind him. I struggled to understand the meaning behind the statement that was so important to him in the moment, trying to unlock the completely inscrutable.

Simple communication was often a challenge in those last days. At times his thinking was unclear. Other times he couldn’t speak because of the tubes inserted into his throat. On those days, through a fog of sedation, he’d spell words as best he could onto his blanket. Sometimes I could understand him, other times it wasn’t possible. I learned that H’s could have as many vertical lines as he deemed necessary and that letters might be repeated multiple times but should only be counted once.

Where he, and we, started on this journey now seems like an ancient setting in some sort of Southern Gothic novel in a mythological time. He and I marveled in his last days, when he could communicate, about the stunning developments that brought us to this place. He was diagnosed with esophageal cancer on August 28 and he was fighting for his life by early December.

You’ve known him here as “Urban Brother,” but he was born Mark Steven Sims on July 28, 1964, in Mobile, Alabama. He was brought home to parents who had lost a child two years prior and were told they’d never have another, and to a brother, five-and-a-half years older, somewhat skeptical of the new addition, and not always kind towards the new arrival.

He struggled with asthma as a child and as a result became well acquainted with doctors and hospitals. The time alone probably helped fuel the amazing creativity that would emerge. As a small child he loved Disney and H.R. Pufnstuf and began putting on productions for the family, using his Lite-Brite as a backdrop for puppet shows. He also shared his mother’s talent for art and exceled at it.

His gift for the piano was discovered around age eight, and he soon passed through a number of teachers as he developed past their ability to instruct him. His first paying jobs were in churches, playing piano and occasionally organ. Gifted at learning, he went through school fearing he was mentally deficient and that teachers were simply giving him the grades because the work seemed too easy.

In high school he expanded his love for productions, performing in numerous musicals and developing exquisite skills for building sets. He continued this passion as he attended Mobile College and obtained a B.A. in music. He would later receive an M.A. in Piano Performance from Southwestern Theological Seminary.

He fell in love with Debbi Brown, married her, and fathered two children, Ethan and Sarah. The two children would remain the great loves of his life, the two best things he felt he ever accomplished. He and Debbi would continue to love each other and work together for their children to the end. He became a minister and worked at a large Baptist church in Birmingham for twenty years. He designed sets for their productions, led choirs, and expressed his creativity in every direction.

But there was a missing piece to his life; a truth too big to stay buried forever. He’d known since he was a child that he was gay. We didn’t have words for it then, but he knew he was attracted to other males. He did what most southern males did at the time: denied it, hid it, and felt shame. The family acknowledged that he was different in some ways, but no one put a name to it.

When he called me a few years ago to tell me that he and Debbi would be divorcing and that he “might” be gay, I told him that I had known it for years. What followed was a difficult journey for him and his family. At age fifty, he lost his job and his career as a minister. Culinary school was a saving grace as he’d already begun classes in hopes of a career change. He finished school and became a chef, working low paying jobs before taking a position as a floral designer and displaying his creativity in an entirely new arena.

He visited Knoxville often. He came for the Pride Parade in 2017, and we joined in as it passed by us. He began talking about moving to Knoxville, more seriously after our father died later that year, and in 2018 we were delighted when he moved here, proudly joining the Fourth and Gill neighborhood as a Brownlow resident. He was very happy to serve as the Executive Chef at Knox High Apartments and tried every day to give to the residents what he’d want for his own parents.

He joined the Knoxville Gay Men’s Chorus in the winter of 2019. It was a big step for him and brought him more joy than any other single thing in recent years. He found the support and companionship he’d missed and he loved their productions. He joined an ensemble, and when the time came for the choir to march in the Pride Parade in June, he proudly learned to twirl a flag and, laughing a bit at himself along the way, realized the promise of that dream when we first “joined in,” by officially being a part of the proceedings.

He loved Knoxville and he loved his friends in the Knoxville Gay Men’s Chorus. He also loved his niece, Urban Daughter, and her children Urban Girl and Urban Boy. And they adored him. Especially Urban Boy who appreciated his sense of style. He loved me and Urban Woman, his shopping buddy, and we were so happy to have this time to reconnect and deepen our relationship.

In short, he was the most creative person I have ever known. He was smart, funny, witty, and kind. He loved life, Micky Mouse, Christmas, Broadway (though he was a tough critic), New York, Art, Music, Chicago, and Mardi Gras. He was a gifted pianist, a talented artist, and an excellent chef. Most importantly, he was a good human. As I was told by one of his co-workers today, he touched people and made a difference in their lives.

In the end, nearing forty-five days at UT Medical Center, our communication became more difficult and limited. The last thing he wrote with his finger was “Greenwich Village,” a reference to our family trip to New York City last fall and our best brother day ever. We took a guided walking tour, lingered in Washington Square, bought art we couldn’t afford, and cried at the Stonewall Inn.

The last words he said before he was put on the ventilator for the final time was, “I love you,” words, blessedly, that we said to each other often in recent years. I never deciphered the reference to the unicorns, I simply had to accept that as much as I wished otherwise, I do not control the channels. If I could I would change the channels to a much happier program, free of the drama of the last months. Maybe a good Hallmark Christmas special. He’d like that.

His body finally could go no further. As hard as he’d worked to make it through, it simply wasn’t possible. He died Sunday morning, December 8, at peace at last. As empty as my heart is today, I am glad he no longer struggles.

He asked that there be no service, and I’ll honor that request. However, there will be an opportunity for family and friends to gather. We’ll meet inside the Arcade Building at 618 South Gay Street from 11:00 a.m. to 1:00 p.m. this Saturday, with light refreshments. At 11:30 a.m. there will be a couple of songs, followed by comments anyone wishes to share. We welcome all his friends and ours to join in acknowledging and celebrating a beautiful life.