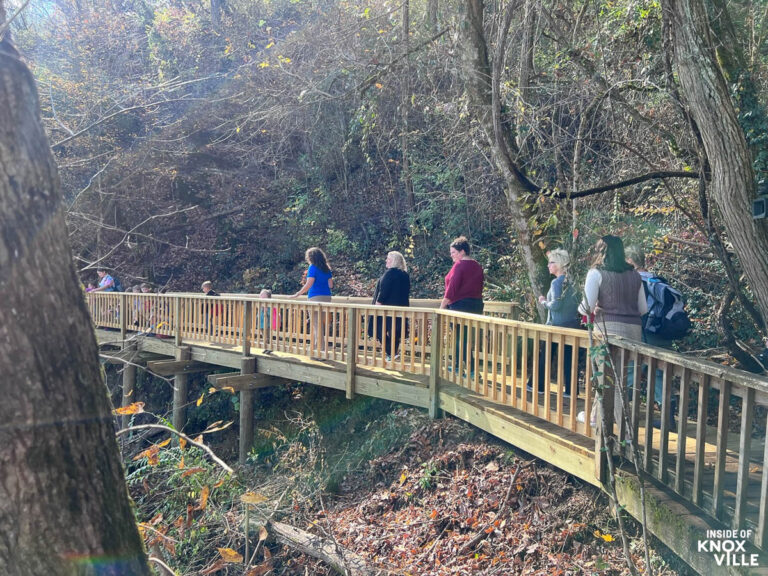 If you have lived in Knoxville for any amount of time, you know the gem that Ijams Nature Center is to the community. Not only was it born from the generosity of one of Knoxville’s most influential families, but it continues to partner with the Ijams/Kern family and other community and city/county partners to grow, improve and become the number one nature center for Knoxville and surrounding counties as well as tourists and travelers.

On Sunday, December 11 from 1-3, Ijams is inviting the community to the nature center to learn more about their numerous membership and volunteer opportunities, programs available for all age groups like camps, art and music events and future projects coming to the center. There will be craft tables, snacks, and guided walks for newbies to the nature center or those who just want to experience a new trail! You are invited to wander the grounds and stop in the visitors center to see the indoor exhibits, art exhibits, gift shop featuring many local makers as well as grab a snack, many of which are also locally made.

I sat down with Executive Director, Amber Parker, recently to get a breakdown of all Ijams accomplished in 2022 and the things they are looking forward to in 2023. Amber describes this year as a banner year for Ijams with many projects completed and others that have gotten their start.

There were 2 major projects that opened to the public in 2022. One of my favorites is the Ijams Nature Playscape at Grayson Subaru Preserve. This area is a total of around 14 acres with about 6 of them developed at this point and the others in planning stages to cultivate in 2023. The play structures are not what you are used to seeing on a normal playground. They were created with materials found there on the site. This is, as far as they know, the largest playscape of this scale and innovation in the country.

Your kids will enjoy the woven bird’s nest, climbing logs, sand area, stump jumping in the bog area, mud painting and creature tunnel as well as the openness to be creative in play in nature. Pack a change of clothes and your imagination and you and your children will have a blast exploring this area and maybe even doing a little dreaming yourself about what you’d like to see in the next phase of it’s development. Ijams will be putting out a parent survey in 2023 to get your feedback so get on their newsletter and social media to offer your feedback.

Another significant and long-awaited reopening at Ijams was the River Trail that was flooded and destroyed in 2019 by a rain storm. Covid slowed the progress, but on November 1, many in the community gathered to celebrate the River Trail’s restoration and official reopening. The project was funded through a private donor and a grant from the City of Knoxville. Dale Madden with Earthadelic designed and completed the restoration. Don Niday, the original designer of the River Trial, also consulted on the project. Exuberant, and adorable children from Ijam’s Nature Preschool were the ambassadors for the morning and led the group, including Mayor Kincannon who had been part of the supporters, on a tour of the trail.

Also in 2022, Earthadelic began work on the “universal pond” that is right out the front doors of the visitor’s center. It was originally built with a cement bottom, but due to the massive tree roots in its area as well as shifts in the ground around the pond, cracks had formed and the pond leaked consistently. Earthadelic is in process of redesigning the pond with a rubber lining allowing for ground shift and creating a berm to protect the roots of the beautiful trees there.

The pond will allow for native creatures and plants to regrow and make the pond their home again. My 10- and 8-year-olds love scooping in the ponds at Ijams to discover all the life below the water. We are excited to see this pond redesigned and the wild life back in action there. 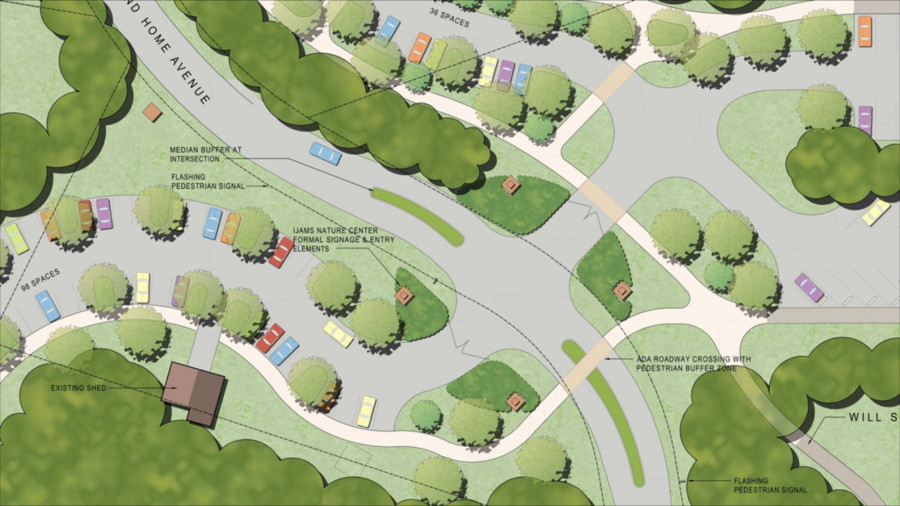 Last week, Ijams celebrated the grand opening of the Storybook Trail in partnership with the Knox County Public Library. There are currently 3 trails around Knoxville, and each has a different story. The stories along the trails will rotate themes periodically giving families the opportunity to experience each of them throughout the year.

Ijams also launched the Native Landscape Certification program in which “Weed Warrior” volunteers, who have learned what native plants belong in our area through their work clearing trails at Ijams, will train homeowners to develop their own yard into a native yard. The cost of the program is $35 ($30 for Ijams members) and includes all the training and education as well as a nifty yard sign to celebrate your certification.

Other projects at Ijams included this year’s Boy Scout Jamboree and working on important DEI (Diversity, Equity and Inclusion) changes. The Boy Scouts cleared several new trails that will be opening in 2023. This helped to continue the work to make more of the trails friendly for people with all ability levels. This includes the universal pond, which will now have wheelchair access.  They have also worked toward changing some of the language they use to describe events in order to share more effectively all that Ijams has to offer.

Many people visit Mead’s Quarry throughout the year, especially in the summer for swimming and hiking. Ijams added bump outs around the quarry beginning at the dock to make for safer areas to sunbathe, relax and jump into the water. This was a partnership with the County and Mayor Jacobs and a private donor. They are still in need of a bit more funding to fully complete the project.

2023 will begin with a major project to address parking overflow and safety issues. At present, if the parking lot to the main visitors center or the Homeplace are full, most park across the street and cross Island Home Avenue to walk over to the nature center and trails. With this major renovation, Ijams will be redeveloping this area to make it a safer entry with flashing crosswalk and an ADA safe crossing area. They are working with Ross/Fowler, landscape architect, and are beginning this project fully funded.

Ijams offers a wide array of programming throughout the year. In order to stay informed, get on their newsletter, become a member yourself, and follow them on social media for all the updates.