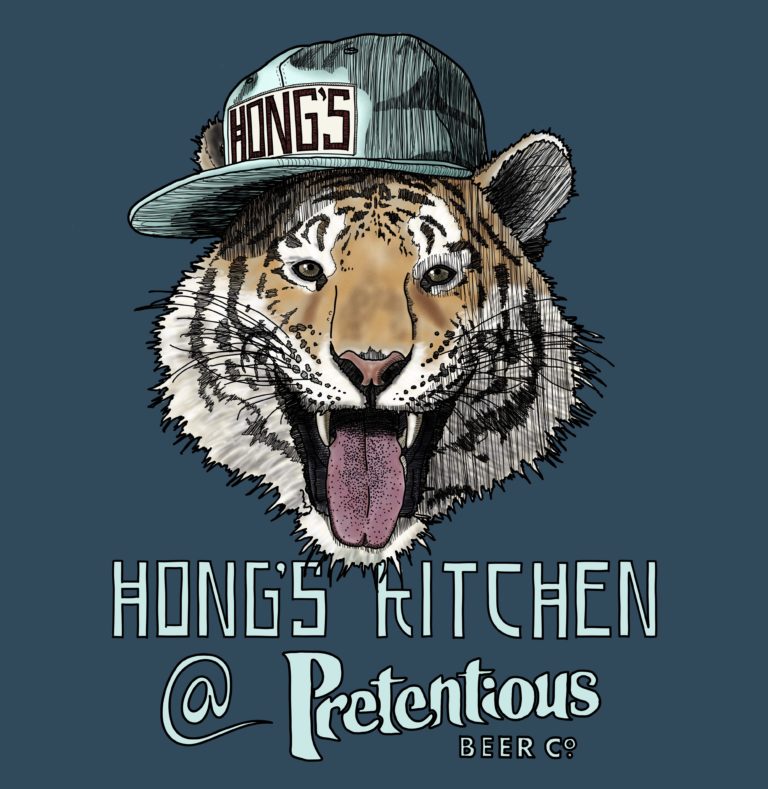 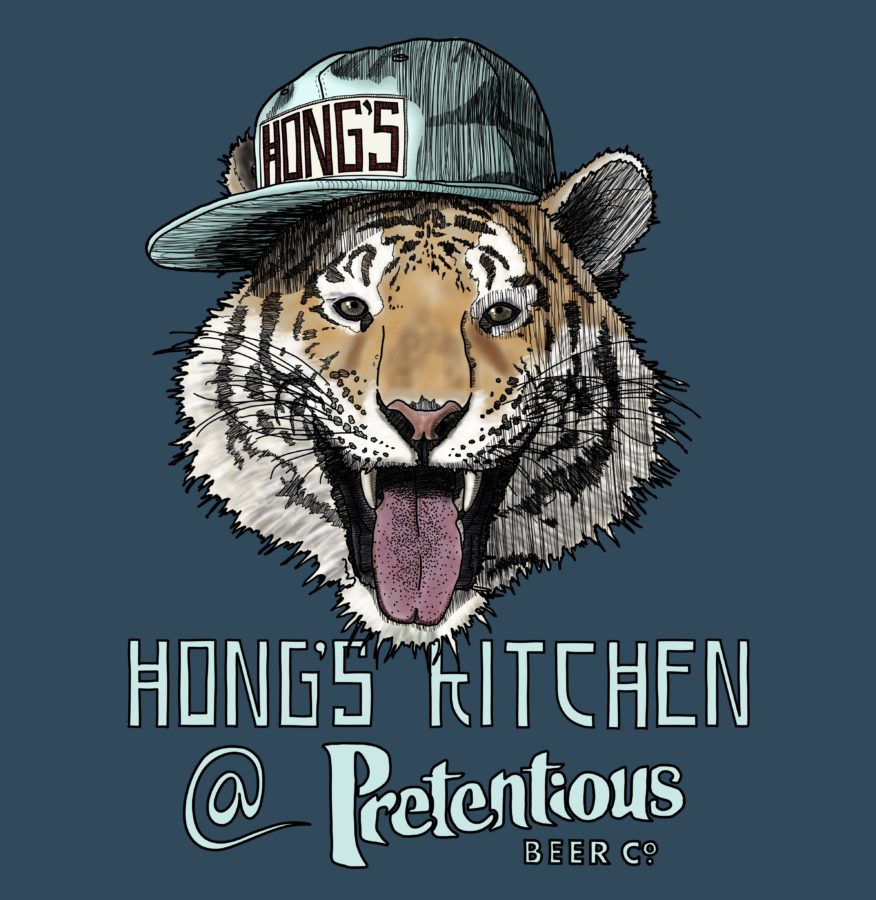 It’s hard to know the best way to spin this story, which is really two great stories in one. The first narrative thread is that Vic Scott and Josh Coates, owners of Seoul Brothers in Marble City Market, are opening a second concept sharing a different spin on the foods that we’ve come to love. It’s a testament to their success that just a year into operations, they are expanding into a new venture.

The second, equally compelling, narrative is that Matthew Cummings, owner of Pretentious Glass and Pretentious Beer, has spent recent months building out a kitchen, with plans of putting the final cherry on the top of his amazing business in the Old City. For those who don’t know, Matthew has a full glass studio (Pretentious Glass) where he makes fine art glass, as well as  his patented beer glasses which are the second best selling item by volume on ETSY. Just next door, he operates Pretentious Beer a brewery producing for the location and now canning and distributing. He built the bar, he brews the beer, and you’ll drink it out of his glass. 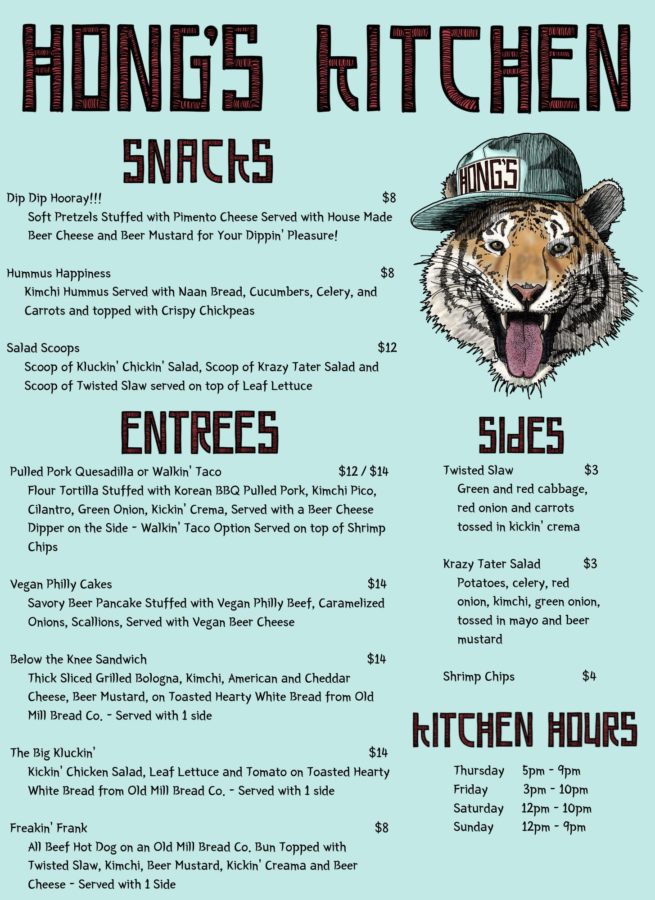 But from the beginning, he knew food would be the final piece to the puzzle. He so believed in the concept, he built the kitchen without knowing who would use it. Once completed (about ten weeks ago), the conversation turned seriously to what kind of food the team felt would work the best. The answer came quickly: Vic and Josh could make a new spin on their Korean Fusion concept.

I sat down with both Vic and Matthew to learn more about what we all might expect and how it came to be.

Vic said they feel they have real momentum with their business and they’ve assembled a great team at Seoul Brothers, which has allowed the the luxury to explore expansion. She said some food costs and availability have eased and that makes their job easier. “Chicken wings that went through the roof a few weeks ago have come back down.” 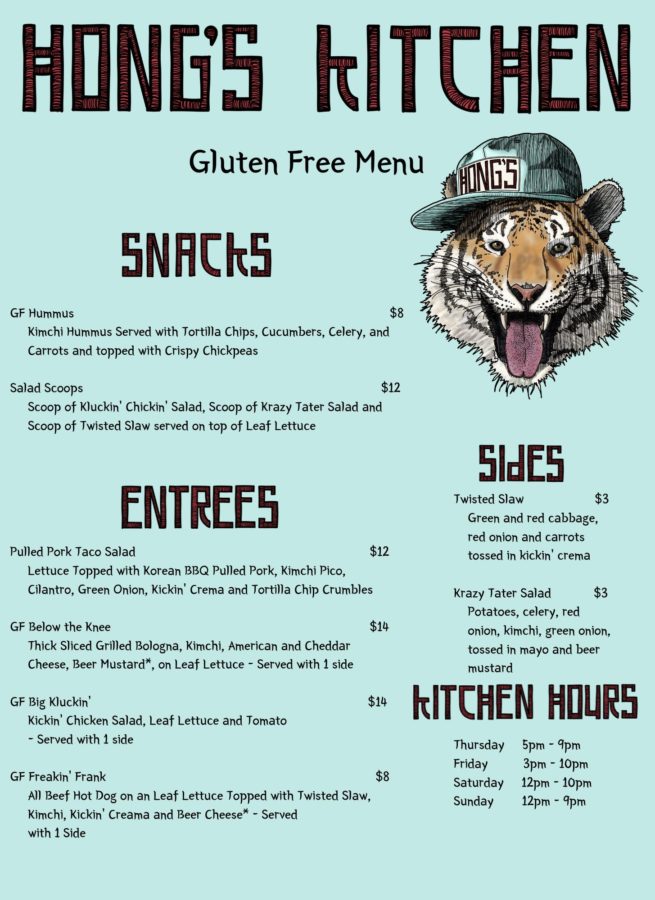 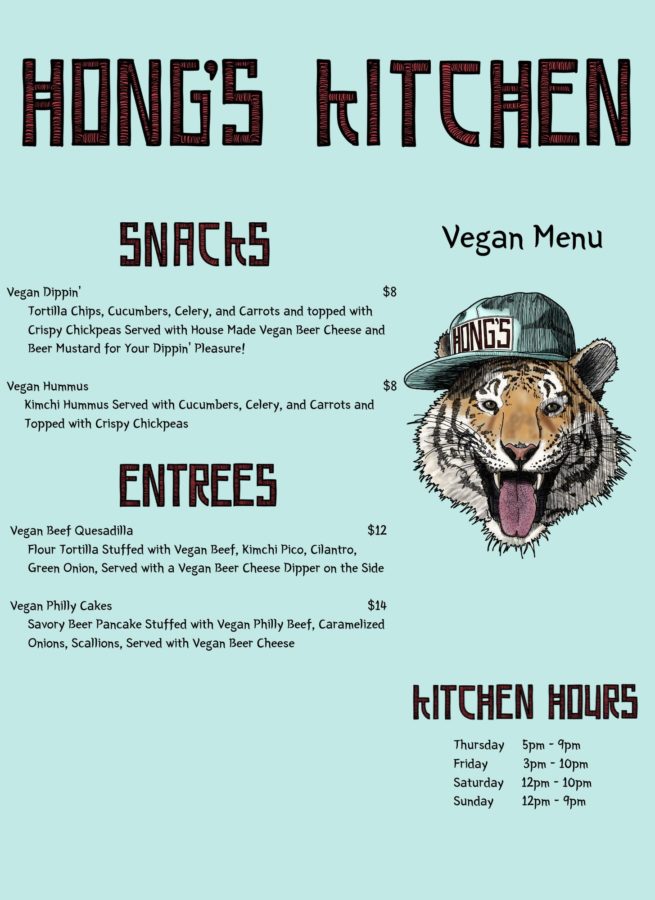 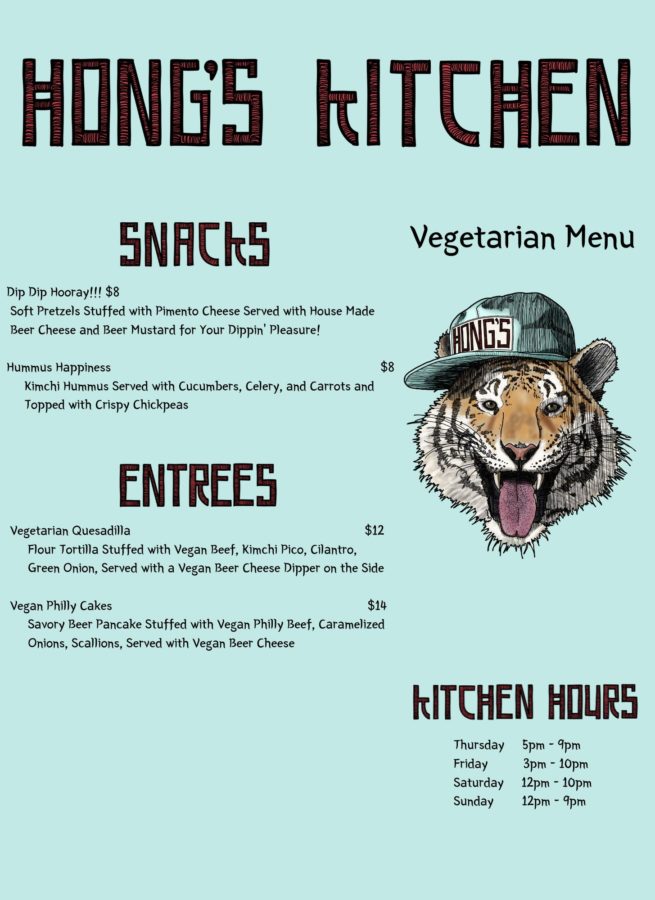 She said, “Josh named Seoul Brothers . . . So, when we started to talk about this one . . . I stewed on it for a while. We’ve always been big on centering things around family, remembering our mother and her recipes like the kimchi and the bulgogi marinade and that being the foundation of where Josh’s culinary background comes from. I wanted to stick with that and Hong was our mother maiden name.” She said she started with “Hong’s House of Yum,” but realize it might be better streamlined to Hong’s Kitchen.

They started service last week inside the bar and both agreed it is a perfect match. Matthew said, “We built it kind of “Field of Dreams” style and said, ‘Ok, now we have to figure out what we’re going to do with it. As we got closer we talked about what would work well in the old city and what were some of our favorite food styles. I immediately said, ‘Bro! Josh and Vic!It’s one of my favorite bites in town! It’s got so much flavor, light, but rich, doesn’t way you down.” Taryn, who works in the bar said, “Well, I know them,” and she reached out. An hour later she said, “They want to meet.”

Vic said when the call came in she and Josh were immediately interested. “The best part about is Matt is super creative . . . and Josh is also very creative, where I’m more the analytical, logical side . . . When you got the two of them together . . . it exploded into an awesome menu and the flavors are really great. Josh is incorporating some of Matt’s awesome beers into some of the items on the menu. It’s really making a focus around the brewery, but bringing our Korean flavor concept to a brewery-focused menu.”

One of Josh’s strengths, the two agreed, is bring surprising foods or flavors together and making something unexpected and delicious. “I don’t understand where he learned this, but it is something he does very well. His creative mind leans toward that like Matt’s does toward beer and art. To see the two of them talk about the vision has been inspiring.”

It only took about ten weeks from that first conversation to the soft opening. The kitchen was ready, they were ready, and all that was left was to work out the details and make a menu. She said the menu is completely different from Seoul Brothers, but if you’ll recognize the flavor profiles and if you like one, she sure you’ll like the other.

Of the menu, she said, “It is brewery-centric.” The starters include beer cheese and kimchi hummus. The sandwiches include a thick baloney sandwich (“Below the Knee Sandwich”) and a “kickin’ chicken” salad which she said packs a little punch. There’s a Walkin’ Taco or pulled pork quesadilla, which she said has been very popular during the roll out.  They also have, as you can see in the photos, gluten-free, vegetarian, and vegan versions of the menu.

I asked about the “Korean twist” on some of the items, like a thick sliced bologna sandwich.” I learned it will have kimchi. He’s also using American cheese, which may not sound like a Korean twist, but Vic explained, “American cheese got really big in Korean culture because of the occupation of the American military after the Korean War. Spam and bologna got really big because of that.” She said the cheese is used in a number of Korean dishes. “Army Stew,” another Korean dish, is made with slices of American Cheese. Korean fried chicken she said started with African American soldiers teaching them to fry chicken.

Matt designed the logo (it is his art on the beer cans, as well). He said, “We talked about what animal they wanted and . . . we wanted a very Korean animal, so it was a smiling tiger . . .” Matt also took a photograph of Josh wearing that hat and incorporated it into the logo. He also looked for a font that would work and didn’t see what he wanted, so he invented his own. Vic said it is extremely detailed, to which Matt replied, “I had way too much fun!”

Of operating the two restaurants, Vic said they’ve taken a “divide and conquer” approach, with Josh manning the new spot until it has some legs. She said the support and success they’ve enjoyed at the food hall have made this move possible, which is as those incubator-sized booths are supposed to perform. They are excited to continue working under the new direction of Paul and Ashely, who just took over leadership there last weekend at Marble City Hall.

As for Matthew, he said, “I’m super freakin’ pumped!” He added, “This right here is what we’ve been trying to get to for five years.”