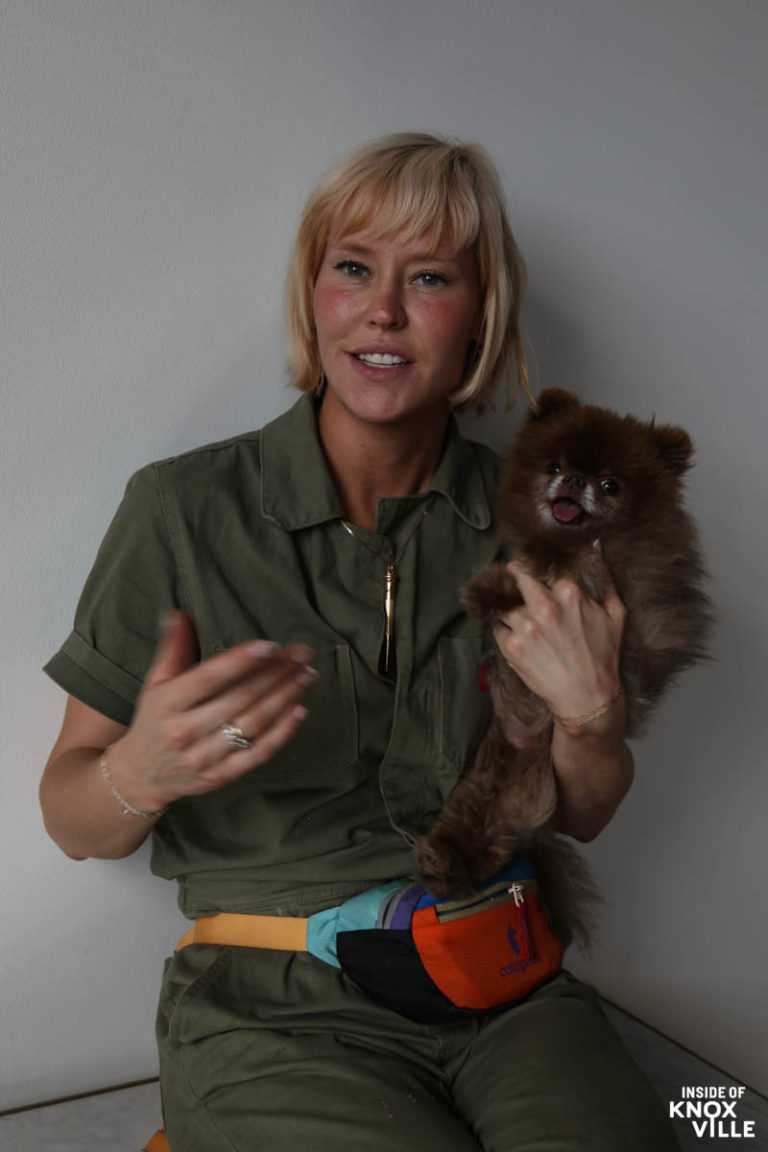 Caroline Farris is proud that through all the turbulence of recent years, she’s been consistently building her business. She opened the first brick-and-mortar store for ACF Jewelry at 105 West Jackson Avenue during the height of the pandemic, late in 2020. Despite the timing, the business has continued to grow to the point that she needed a larger space. That space has offered itself in the form of 111 East Jackson, Suite 203. She remains open at the original location, for now, but hopes to seamlessly transition to the new space in the coming weeks.

She has continued  to do pop-ups and has operated the store front Tuesday through Sunday, predominantly through appointments. While semi-permanent jewelry is trendy, she says, “I’ve been doing it for four years,” well before any trend. She said it made her a bit nervous when the trend spread, but now she realizes there is “so much room in the market.” She said her focus remains on the community that she loves. She was awarded a trademark for “endless chains,” and “I’m very excited.”

She’s added a near full-time employee, Naomi Mendoza, who she’s training in the metal-working. Naomi is doing great work and can take some of the appointments, allowing Caroline to do pop-ups, birthday parties, bridal events and more. The result is that the jewelry is become increasingly in demand. “It’s been great to have an amazing set of extra hands to grow.”

Caroline embraces growth, but says, “I don’t want to grow to fast, or so fast that I lose sight of why I’m doing what I’m doing. I’m glad we’ve grown sustainably . . . I feel very grateful for Naomi and how much patience everyone had with me through the last few years.”

Jon Clark has been her landlord at the original location and she said he has been kind, supportive, and very encouraging about her growing her business. She said the original location was perfect at the time. Along the way, she did a pop-up in the new space when it was Kindred Bridal. “I’ve never felt such a strong feeling about a space before.” She knew she would love to one day occupy it. After Kindred closed, she contacted Laura Lyke, her new landlord and Caroline said she is excited to work with her. Laura has also offer the grand lobby space for Caroline to use for events.

She had just taken the new space the day we talked, so the electricity was not on. As a result, the shots her of the larger space are from previous articles. She envisions a theatrical entrance with branding at the front door leading to the space “revealing itself.” A former dancer, she’s all about the flow.

The largest space will remain “pretty open,” and it will constitute her metal working space, but also some retail. It will be designed to funnel visitors toward the most beautiful portion of the space, which is demarcated by empty window frames. The rear of this intimate space is an array of windows that provide beautiful light in the afternoon. It was golden hour for the space when we began our conversation. Intimacy is something she strives for in her interactions with customers and she feels the space fits the ethos perfectly.

She loves operating by appointment because all of her attention can be directed at the individual or the group. It makes the experience better for everyone. The space will be very comfortable and she feels honored to share these quiet experiences with her customers. “It’s rare that you’re not at someone’s house or dinner with your friends and I love that people come and make the experience their own.”

The lease on the new space officially begins on October 1 and she hopes to hold at least a soft opening soon thereafter. She wants to showcase the space. She had to work quietly in her basement space during the worst of the pandemic and now she’s “ready to have a party.” She’s even brought the big scissors for a ribbon cutting.

“There are a lot of people I want to personally invite . . . I want to thank the people who helped me get here.”

Follow the business on Facebook and Instagram for the most updated information and check out this space in coming weeks for photos of the new location.