Kindred Bridal Prepares to Open in the Old City 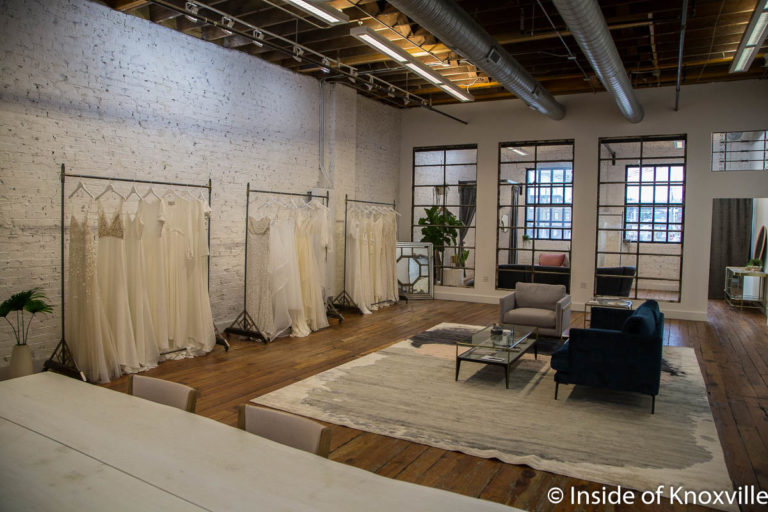 Kindred Bridal, soon to open at 111 East Jackson, Suite 203, in the Old City continues the string of openings announced in the area. The business is located on the second floor, back side of the building. The choice was intentional on the part of owner Madelyn Cunningham. The business is a destination and she liked the feel of bridal shops in New York City which often occupied a hidden beautiful space inside an older building.

Born and raised in North Augusta, South Carolina, Madelyn attended U.S.C majoring in biology in the pre-med program. She worked in a genetics research lab and seemed headed for a medical career, but cracks began appearing in the plan. She went to Spain for a study-abroad program where she visited museums and reconnected to what she had always loved, art, fashion and theatre. When she returned, she finished her degree, but cancelled the MCAT.

She’d modeled since she was sixteen and during college met Chad, who was doing a shoot there, but lived in Knoxville. They dated long-distance her senior year and when she finished college, she moved here to join him. She worked for Patricia Nash for a while, but eventually went to work for Discovery where she does ad ops for the Travel Channel. The couple got engaged.

It was when she began the search for her wedding dress that she realized there was a gap in the Knoxville market. She’d modeled many wedding dresses – she thinks she’s probably worn hundreds – and the designers she most admired weren’t available here. She looked in Nashville and Atlanta, ultimately deciding to design her own with the help of friend and designer Kate McDonald.

But an idea was born. She called Chad on the way back from Atlanta and began describing the kind of bridal store she wanted to operate: a store with her favorite designers where clients could enjoy, “an elevated experience with the laid-back feel of being at a friend’s house.” She felt strongly there were many women in Knoxville who would enjoy and respond to the experience.

She also felt that many women in Knoxville care about where things are made; especially something as personal as a wedding dress. She pointed out that, for most women, it is the most expensive dress they ever buy and it’s for their most special day. The focus of the store would be on hand-sewn, not mass-manufactured dresses. Dresses with a story. She knew she wanted to bring the experience to Knoxville.

She came home last fall (they were married in November) and got to work. She listed designers she wanted on a Square Space website. She added an appointment space, wrote a mission statement and designed a space online to match what she imagined for her store: “fresh, airy, laid back with a feeling like a coffee shop.”

While saying she’s not a risk-taker, she laid out her bold course of action. She called Kate McDonald to see if she could get into market at the last minute. She attended and targeted the designers she wanted. She’d emailed them in advance and, “told them I am opening a store next year and would love to meet with you.” 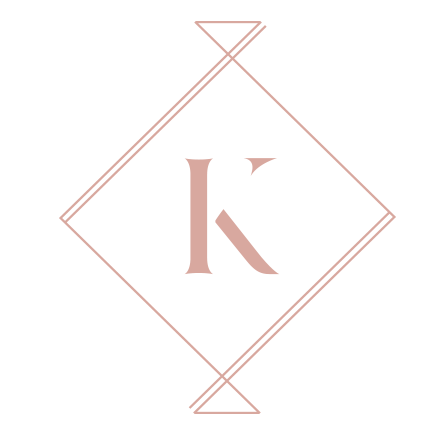 The response was unanimously good as she made agreements with every designer she wanted. Chad interjected what she was too modest to point out: At age 23 she had convinced some of the best and biggest wedding designers to give her exclusive regional rights. It’s impressive.

She named the new business, “Kindred,” after much thought. As with the design of her space and her selection of dresses, shes avoiding anything sappy or overdone in the wedding industry. She wants her brides to feel they have found a Kindred spirit in her and in the business. That the dress they choose was meant for them.

One of her first moves was to purchase an entire collection from Kate McDonald. She’d modeled for her years earlier and being able to support Kate’s business felt like she’d come full circle. She’s currently only received about 30% of her stock and she doesn’t want to open until she has all the options to provide her customers.

The space is largely ready, however. Racks and dressing areas have been made by Bird on the Wire and design work, including the logo have been developed by Nathanna. Those are two examples of local companies she’s working with, but local is a big emphasis for her. She loves being in the Old City where she can recommend bars, restaurants and coffee shops to customers. She’s also happy to be near so many wedding and reception venues.

It’s one of the few industries, Madelyn says, that is still 95% in person. Very few brides order a dress online. She’s curated her dresses to include high quality at mid-level prices. She selected her collection so that the average price matched the budget that she, as a young professional, had set for her self – around $3,500.  The dresses range from $1500 to $5200.

The model will be by appointment only, one bridal party at a time. She encourages making the appointment eight weeks out. This gives her time to have the bride complete a questionnaire that asks fun, but helpful, questions like, “Your windows are rolled down in your car, what are you listening to?” or “Do you consider yourself romantic, minimal or daring?” She points out that she will have hand-painted, colorful dresses for the more daring brides.

She requests links to their “mood boards,” and Pinterest lists. She uses the information to start planning for the session, selecting dresses as a starting point and setting music for the visit that matches what they’ve said they like. She’ll serve coffee, mimosas and refreshments (she favors Wild Love Bakehouse and Magpies). The dresses in the store range from size 8 to size 14, but they are for display only. Once a design is chosen, a dress is handmade – and perhaps even tailored to special preferences – for that customer and shipped. She points out this can take four-to-six months.

The shop will be open Saturdays and Sundays from 9:00 AM to 6:00 PM. The website launched two weeks ago and she’s already gotten appointments. She is accepting appointments for the end of September. The space will eventually be open for First Fridays allowing everyone to get a peek at the stock as well as art by a local artist.