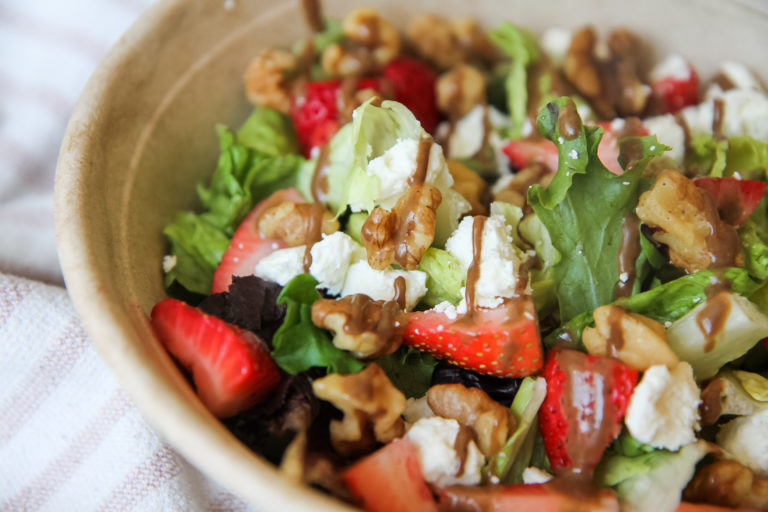 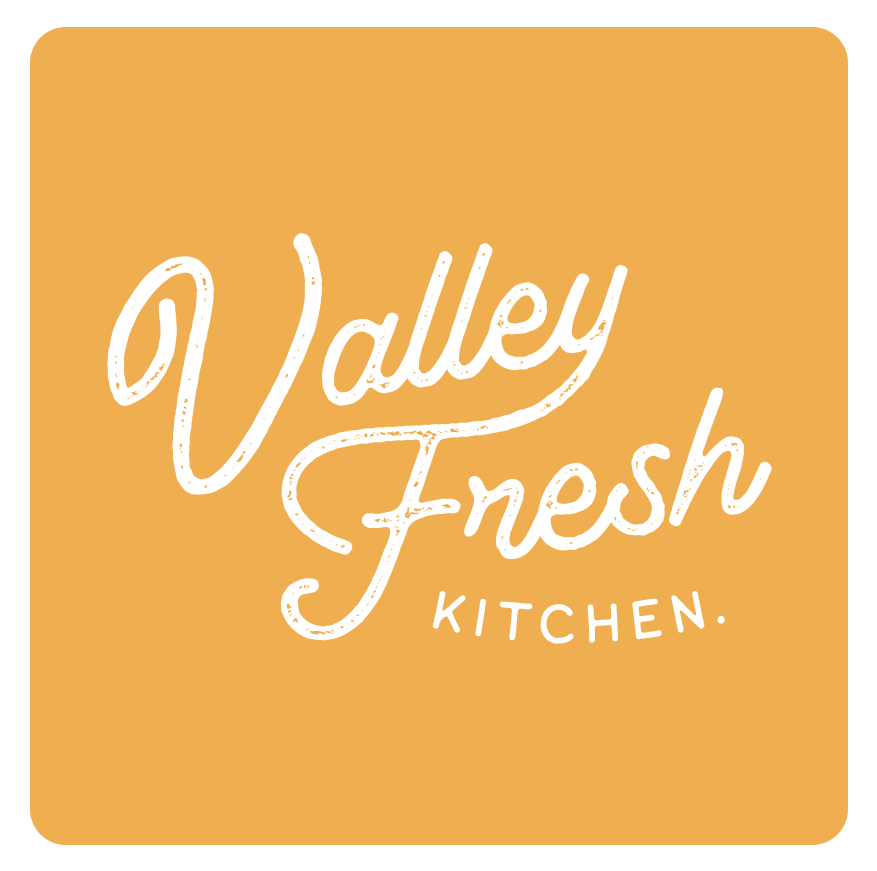 The Moody’s are at it again. Paul and Ashley Moody emerged onto the Knoxville food truck scene with the ever popular Lanai Hawaiian Food Truck in 2019. Their next offering was Smash City Knoxville which started as a successful food truck and then branched into Marble City Hall in November of 2021. Very soon, we are getting a look at their newest concept, Valley Fresh Kitchen.

In response to a frequent demand for light and fresh fare that was missing from the repertoire of the food hall, they developed the concept for Valley Fresh Kitchen. Patrons can expect this new venture to fit the bill for that lighter fare by offering salads, soups, flat breads and sammies.

They are located in the space that was the original home of The Corner’s Pizza. When faced with a delay in opening due to the cost and time of removing the pizza oven or finding a way to use it, the Moody’s decided flatbreads were the perfect solution. There will be a choice of a traditional flat bread crust or for $2 more, you can make that a cauliflower crust to hit that gluten free craving.  You can count on fresh ingredients daily whether you are a vegetarian, carnivore, gluten-free eater or vegan (Tempeh, anyone?).

All the sauces and soups will be freshly made in-house. Since the prep work will be done before opening each day, they expect the wait times to be slightly shorter than other stalls, including their own Smash City Knoxville. Although, Ashley made sure to tell me they can get their burger orders out with a 4 minute turn around depending on the lines and demand.

In addition to a fresh and light menu, consumers will enjoy a lower price point on the foods at the new food stall. In answer to frequent requests, they will offer catering and to go food boxes as they grow.

There has been a lot of attention to the changing options at Marble City Hall as of late. When asked what to what they attribute their success, the Moody’s had two responses.  First, they believe their boots on the ground mentality sets an example for their staff and others. On any given day, you may run into one of them working the counter or manning the grill. Second, they feel pursuing the wisdom of those who have succeeded in the food industry ahead of them, has given them the knowledge and support they have needed to not just survive, but to thrive in the Market.

Paul and Ashley invest in their teams and give them ownership of their positions, empowering them to meet their potential. When speaking of their staff, they referred to them as working “with them” and not “for them.” Staff becomes like family to the Moody’s. As a testament to this, while we were sitting in our interview, I got to meet a former staff member who pointed to their support of him while he was working with Lania and then Smash City and their support of him now as he pursues other goals.

While Paul is the classically trained chef with an impressive resume of local (Blackberry Farms) and world-renowned restaurant (Le Bernardin) experience, he and Ashley share the job of recipe creation and management.

Ashley’s work history with the Chick-Fil-A company has contributed to her skill in management, training staff and serving customers well. Paul says he “stays in his lane” and Ashley handles the marketing and social media side of the businesses. She feels each brand they own has a personality and she wants to represent those characters in their own way. Bright colors, sunshine and farmer’s market freshness are the things she feels represents the personality of Valley Fresh Kitchen. A more gritty, greasy, moody personality represents Smash City Knoxville. Having experienced both of these delicious concepts, I couldn’t agree more with her branding.

I like to quiz interviewees on lessons learned and the Moody’s had plenty to share. They say they have learned to better prepare for the ebb and flow of business and keep their finger on the pulse of what is going on in town. Their staff is ready and waiting for customers on those busy festival, tournament and concert event days and are looking forward to the university student’s to return.

They believe leading by example and with humility is important as well as not asking anyone to do a task they themselves are not willing to do, helps build loyalty and positive work ethic. When speaking to their success, Ashley said, “When we think about restaurants we look up to, we say ‘How do I do that? How do we get there?’ Instead of saying ‘I wish,’ say ‘How do I’?”

Ashely and Paul Moody are truly one of the most positive and kind husband and wife entrepreneur teams I have had the pleasure to know. Keep your eyes and ears open and your appetite strong as this will not be the last evolution of Moody Foods Inc. as we are seeing with their new role in management in Marble City Market Food Hall.

I, for one, cannot wait to support each of their endeavors. Grand Opening is set for August 9.