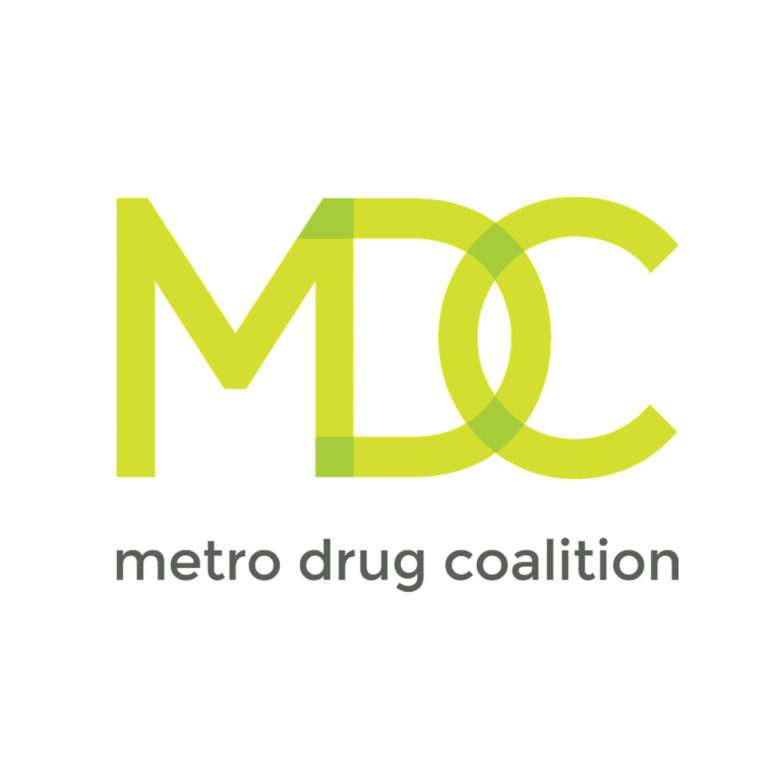 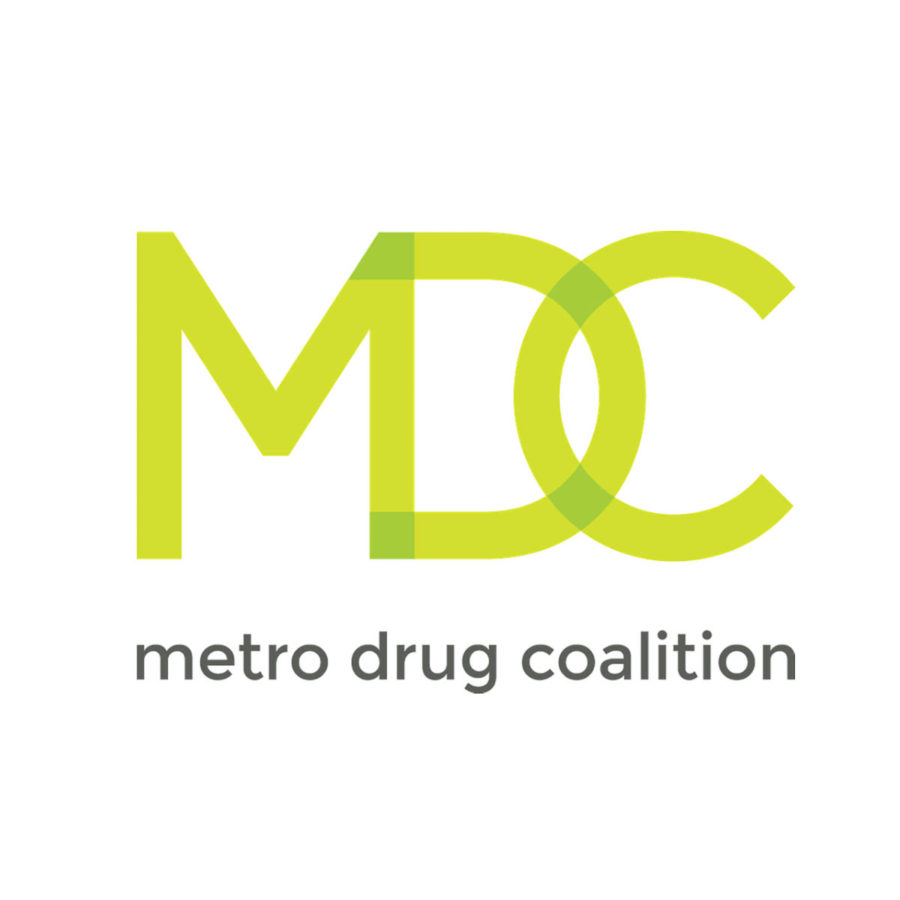 In the articles I’ve written over the last year regarding homelessness in the city, one of the themes has been the issue of drug addiction and the perception that it has increased and is more open. A lack of treatment options has also been a theme. I met with Karen Pershing, Executive Director of the Metro Drug Coalition (MDC), to understand the work they are doing and to discuss their plans to move their offices to the north side of downtown.

Karen, originally from Michigan, moved with her family to Knoxville when she was twelve and she later graduated from Carter High School. She attended the University of Tennessee where she obtained a BS in Child and Family Studies and a MS in Public Health. She worked at the Knox County Health Department and the United Way, taking her current position in 2010.

She said MDC was chartered in 1986 in response to the crack cocaine crisis. With drug prevention an emphasis of the Reagan administration, local business and government leaders came together to address the need. A grant to complete a community assessment involving all agencies and communities in the metro area allowed for the establishment of a 501(c)(3) and grants continue to be the largest source of funding. Originally the Metropolitan Drug Commission, the name was changed to Metro Drug Coalition in 2016 to correct the perception they are a government agency.

After the initial assessment, the role of the MDC became “To be that coordinating entity that does the assessment and brings partners to the table to fill needs in the community.” She said it was never intended that MDC do all the work needed but would bring resources to bear on the identified issues.

She mentioned syringe distribution as an example. When it became legal in Tennessee, MDC convened a meeting of all agencies doing similar work so they could identify the most logical spots for that distribution to begin. She said the role of MDC was to educate political and law enforcement leadership to the benefits of the program.

Addressing the issue of syringes being commonly found downtown, she acknowledged the problems. She said part of the program is educational and emphasis is placed on returning needles. She acknowledged that, because of the clientele involved, a one-to-one exchange will likely never happen. Still, she said the program is important, not only because it reduces transmittable diseases, but because it connects those who are addicted to those who are not. She said the source of their legal needles is often the person to whom they turn when they are ready to quit.

She said community drug use, as reflected in the first survey and subsequent surveys, consistently shows alcohol to be the most widely abused drug. She said this is true among all subgroups. That said, crack cocaine was an issue in the 1980s and over the years other waves of substance abuse have risen, such as the “prescription opioid abuse in the late 90s.” As legal prescriptions were reduced, heroin began showing up.

“Fentanyl is what is killing people in this country, right now.” She said there is a prescription version which is used for severe pain and often in end-of-life care. There is also a major importation to the U.S. from outside factories, many of which were originally located in China, but are now centered in Mexico. She said it is cheap and is often added to other drugs, and a very small amount can cause an overdose. She said it is largely an issue in the U.S.

Now she said there is a rise in use of cocaine and methamphetamine as heroin addicts “speedball,” or use these drugs to come up from the depressive effects of the heroin. She said there is a large amount of poly drug use and use of marijuana has surged. She said their educational efforts focus on knowing about the drugs, as well as prevention. Particularly of concern, she said, is delaying the age of first use because the earlier that starts, the more likely the person will later develop an addiction.

She said their prevention work focuses on identifying systemic issues that contribute to drug use and addiction. Additionally, they focus, particularly for young people, on “positive alternative activities.” She said that reenforcing connections to family, community, and peers is critical because it is the opposite of the isolated effects of addiction. She said drugs often fill the void young people feel in their lives.

They provide education to teachers and others who have access to young people, and they also sometimes provide that directly. They also maintain a youth MDC who help them understand what is happening with their peers and which messages might resonate with them. She said the days of scare tactics have passed and now they focus on facts and positive messaging around the impact of their choices on all those around them and the benefits to them if they make good choices.

While education has always been, and remains the primary focus for the group, they have expanded to do harm reduction, recovery support, and they continue to do coordination of services. While they do not provide treatment, they make referrals and she said that isn’t a problem, except for those with no insurance. For those, there is an acute lack of beds and resources. She said states that opted for Medicaid expansion have a smaller uninsured population.

For harm reduction, the idea is to “keep them alive until they can get help.” Part of that effort includes distribution of Narcan Kits designed to counter the impact of opioid overdose, thus saving a life. The group has distributed over 25,000 kits in Knox County since 2019.

She acknowledged the recent surge in drug use and said, “The opposite of addiction is not recovery, but community. It’s about being connected to the community . . . We need each other.” She said she was terrified when things shut down because she knew it would isolate people working through recovery and she knew the isolation would lead to increased drug use. She said it is just as true with alcohol as it is with illegal drugs.

In encouraging news, she said they saw a 10% decrease in overdose deaths, for the first time since opioids hit, in 2018/2019. That was, unfortunately, reversed during the pandemic. More recently it has leveled off once more, which she attributes it to the opportunity for people to reconnect and get the support they need to resume recovery or at least stay safe as others are able to watch out for them.

They have implemented a recovery coaching model that originated in Connecticut, and they are seeing good results. The coach encourages, institutes accountability, helps find resources and generally sustain their recovery while hopefully thriving rather that just surviving.

The MDC has sixteen employees, which is up from just three when Karen started in 2010. Included is a prevention team of five people. One person does treatment referrals, two do Naloxone (Narcan) training, and one writes grants.  Two recovery coaches on the staff trains others in the community. They have just added a bookkeeper.

Their biggest project currently is the construction of the Gateway Community Recovery Center at 530 W. Fifth Avenue. After visiting others in the country, the realized the need for a hub for recovery services. They will have recovery meetings there, but they will also offer classes on the range of issues, from financial to legal, that people in recovery often face.

In time, as money and construction allows, the offices for the MDC will move to the location. They are currently raising money for the needed renovations and hoping to open phase one, which includes recovery meeting rooms, very soon. Most staff will move in at a later time. A later phase will include a coffee shop, and a recreation and work out room.

They also have several events coming up soon, both of an educational nature and to raise money for their work. Look for an opportunity to participate in any of the following:

You can learn more about the organization on their website and follow them on Facebook. You may also make a donation to MDC, or make a donation directly to the new recovery center.