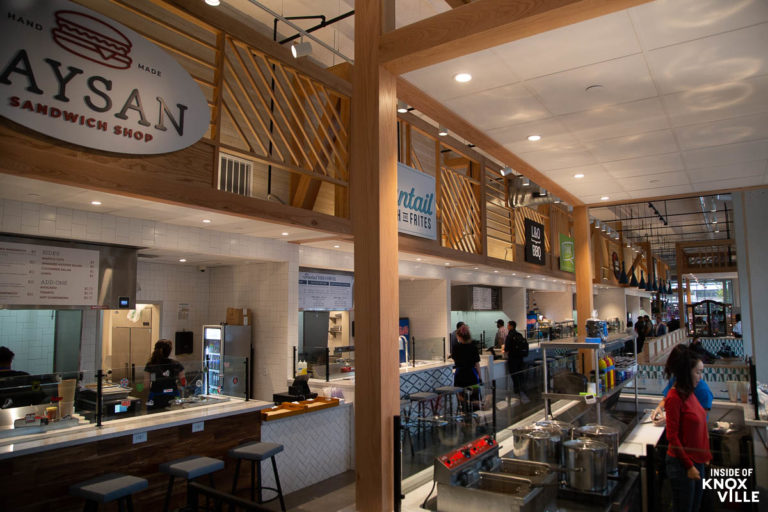 Local husband and wife team and popular restauranters Chef Paul and Ashley Moody of Moody Foods Inc. are stepping into the management position at Marble City Market Food Hall. They will be replacing Hospitality HQ after a working transitional period.

The couple has brought on Jim Cofer, previously the Director of Dining with Aramark Business Dining, as their new Chief Operating Officer. Jim’s background will compliment the Moody’s experience to create a power team continuing their restaurant and management success.

Regas Property, LLC. approached the Moody’s and offered them the opportunity to take over the position of management. While this was not something they had initially considered, they know they have the skills set to take on this new venture. Ashley told me she feels their energy and positive outlook in life and business will be a positive contribution to the food hall’s future.

Ashley and Paul tell me they are excited for this new opportunity to give the food hall the local touch many feel it has been missing. They want to explore the history of the Regas Building and Regas Square and bring out the things that mean so much to the people of Knoxville.

The ownership at Regas sent us this statement. “We are confident the Moody’s possess the energy, focus and skillset needed to move MCM Food Hall into the next phase as we continue to become Knoxville’s gathering place.”

When I asked Ashley what she felt the significance of the change from a more national management team to a local team was, she said, “We know what locals want because we are locals.”

While it’s tempting to push for changes starting immediately, Paul and Ashley will be sitting down with each food stall owner and getting their take on what’s working and what they feel could be improved to best serve the community. This will take some time. But the Moody’s have some exciting ideas and we will be bringing updates to you as we get them.

In addition to taking over running the food hall, the team is opening Valley Fresh Kitchen, a light and fresh concept, in the former Corner’s Pizza stall. I had the chance to sit down with Paul and Ashley recently to hear more about Stay tuned here for more on that in the coming days!

The Marble City Market Food Hall has so much potential and I am personally excited share each change as it becomes available.