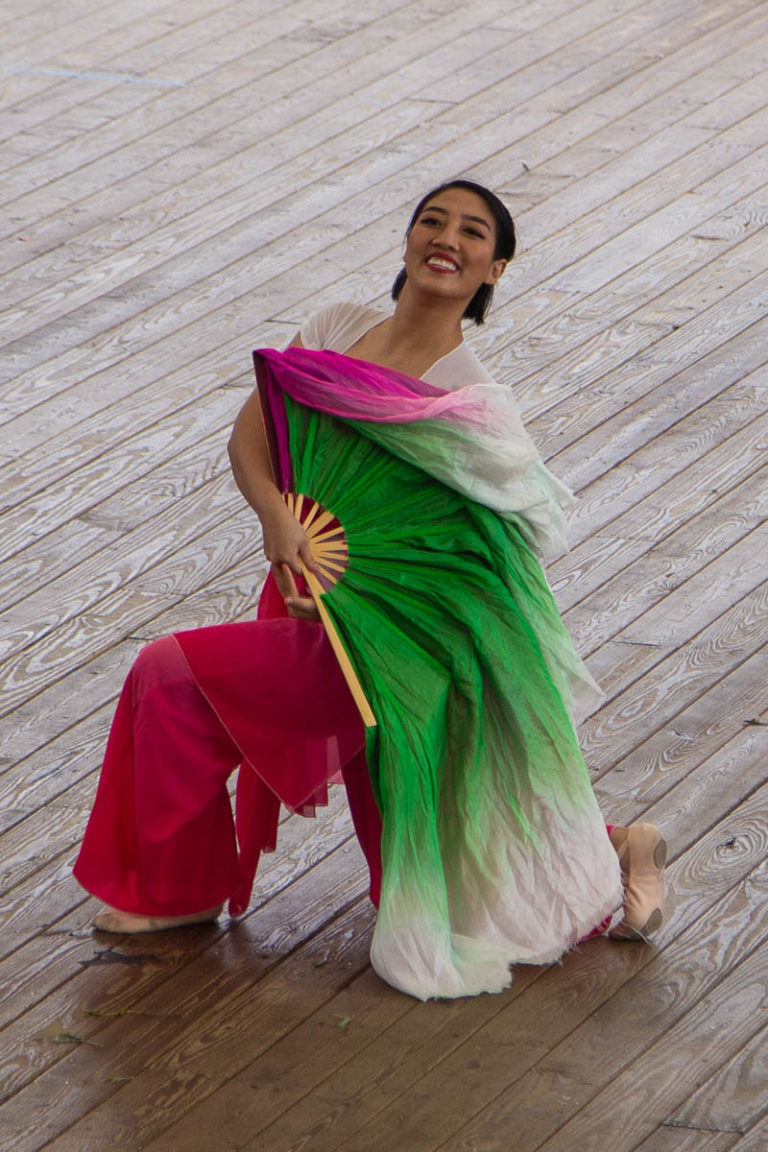 COVID-19 put a number of events on hold, some for longer than others. One of Knoxville’s largest festivals — and one of the largest Asian Festivals in the country — has not held a physical event since 2019. The Knoxville Asian Festival very successfully moved to the World’s Fair Park and drew around 30,000 festival-goers. This year it returns on that same site August 28th and runs from 10:00 am to 6:00 pm. The festival is also partnering with Central Cinema to present the Asian Film Festival on August 27.

The Asian Culture Center of TN (ACCTN), which operates the festival was founded in 2014 “with the aim of promoting culture, diversity, and unity in the community. In addition to exposing local residents to cultures with which they may be less familiar, the festival also exposes Knoxville to a wider demographic as interest in attending and participation expands. Delegations from several states have asked to be included, with new groups added each year, including a delegation including the Consulate General of Indonesia, traveling from Texas this year.

Festival goers will find much that is similar to previous incarnations of the festival, such as the beautiful Asian Cultural Parade which begins at the fountains at the north end of the World’s Fair Park at 10:00 am. The representatives of the various countries will wear their traditional native attire and the parade will conclude on the stage of the World’s Fair Amphitheatre.

In a new wrinkle, once assembled on the Amphitheatre stage, the group will lead in singing “We are the World.” They will be accompanied by the student orchestra from the Clayton-Bradley Academy in Maryville.

The 1,250 seat amphitheater will be the site of continuous performances for the duration of the festival. Featured performances on the stage will be presented by traditional Chinese, Korean, Vietnamese, Thai, Indian, Indonesian, Japanese and Filipino dancers and musicians. The festival will mark the first performance on the Indonesian Angklung, an instrument made of bamboo tubes fixed on a bamboo frame.

Also on the stage will be the return of the popular Taiko Drum group from Disney World and Korean Fan Dancers from Georgia. The audience will be invited to learn Japanese summer dancing. In addition to traditional music, there will also be DC, K-Pop and J-Pop performances. A Kimono fashion show, a bonsai exhibition, a cosplay contest and a Japanese Tea Ceremony are also included. Beer will be available in the Amphitheatre area.

The other major area for the festival, the south performance lawn, will be divided among the thirteen countries and Tibet. Pakistan and Myanmar are new this year. Each country’s cultural information, activities, and food will be grouped together allowing for the experience of traveling from one country to another.

Each country will have at least one food vendor selling food from that country, while some will have multiple vendors. In all twenty-eight food vendors will be present this year, up from twenty in 2019. There will also be two beer stations and two water/soft drink stations on site, as well as 100 seats with tables in an eating area. Many people will take food to the amphitheater to enjoy a performance while having lunch in the shade.

Children (or adults!) can enjoy having their passport stamped at each country as they visit each of the thirteen countries and engage in the activities there. The educational component of the festival is critical to organizers as they hope visitors will be able to increase their understanding of the vast range of cultures and traditions throughout the continent. After visiting the booths, participants are encouraged to pick their favorite country, take a selfie there with their passport and post to social media with the hashtag #knoxasianfestival. Ten photos will be chosen and the participants award t-shirts after the festival. 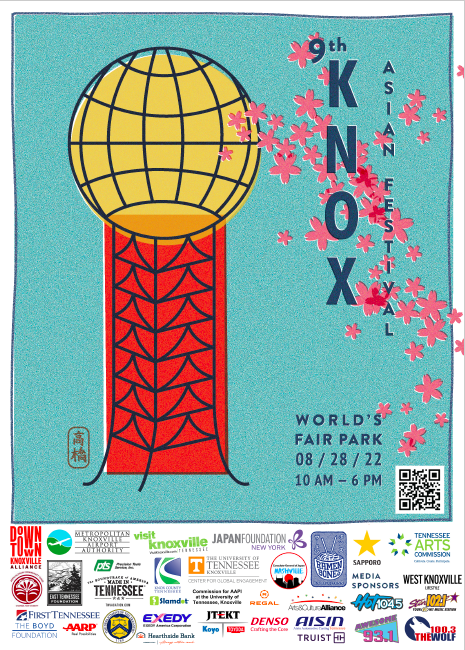 Many sponsors make the festival possible through grants or donations of support. Included are the U.S. Department of the Treasury via the state of Tennessee, TVA, the Tennessee Arts Commission, the Boyd Foundation, Visit Knoxville, the Arts and Culture Alliance, the Tennessee Department of Tourist Development, Downtown Knoxville Alliance, Sappporo Beer, and more.

Entrance to the festival is free and tickets to the Asian Film Festival are available at that link. Films include Far East Deep South, Pakadavai, Rashomon Rashomon, Memories of a Murder, and The Kingdom of Dreams and Madness.

You can also register now for a free Ramen Bowl from the Ramen Bones food truck. Thirty registered participants will be selected at random.