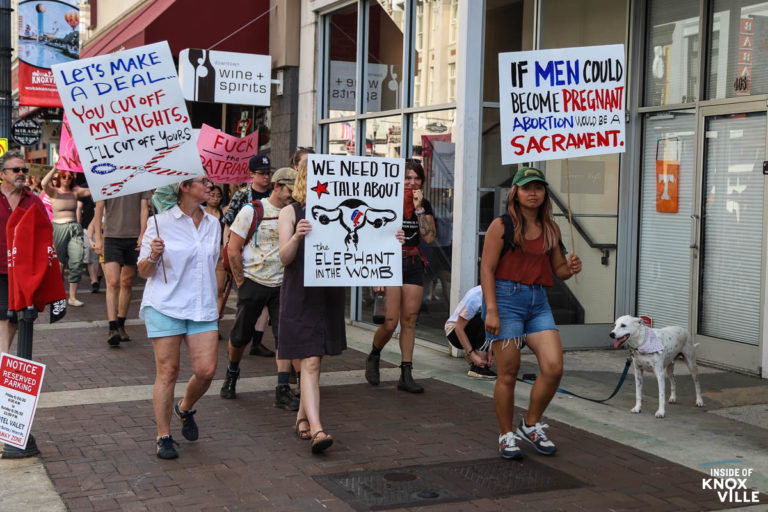 As was expected after the leaked opinion last month, Roe vs. Wade, the 1973 Supreme Court Decision which declared legal abortion to be a woman’s constitutional right, was overturned last Friday. The decision, which was also affirmed by the Supreme Court in 1992, was reversed as the court held the right is not “deeply rooted in this Nation’s history or tradition.” It was the first established right to be taken away by Supreme Court ruling in the history of the republic.

The concept that a right in the U.S. is dependent on either an explicit statement in the U.S. Constitution or in the nation’s history or tradition is an interesting one. Many of our current issues and rights surround topics of which there was no knowledge or understanding in 1787. To think that they should have been anticipated in a document written 235 years ago by wealthy white men, stretches logic.

Additionally, we know that the constitution embedded our “history and tradition” of considering people of color less than human, it accepted slavery, women were not seen as intellectually capable of voting, nor could they own property, and the list goes on. The document was a product of its time and culture. Still, Justice Alito in the majority opinion said, “Roe was egregiously wrong from the start. Its reasoning was exceptionally weak, and the decision has had damaging consequences. And far from bringing about a national settlement of the abortion issue, Roe and Casey have enflamed debate and deepened division.”

Justice Alito continued to state that the right to privacy which had upheld Roe v. Wade didn’t apply because of the loss of life and that other cases supported by the right should not be impacted. Those rights would include the right to contraception and gay marriage. Those opposed to the ruling immediately suggested that those rights could be next.

If there was any doubt that some on the right have those other rulings on their minds, it was removed by a concurring opinion written by Clarence Thomas. Since the same basis was used in other rulings, he said specifically the court should be prepared to examine rulings that protected contraception and gay marriage, as well as the ruling against state sodomy laws. He said, “Because any substantive due process decision is ‘demonstrably erroneous,’ we have a duty to ‘correct the error’ established in those precedents.”

Interestingly, he didn’t mention Loving vs. Virginia, the 1967 case that ruled states can’t ban interracial marriage as it is considered a constitutional right. It was argued on the same “due process” grounds as Roe and allowed a Virginia couple to be married there. The case is only six years older than Roe. Because of that ruling Thomas and his wife were able to be legally married.

Justice Alito also noted that states should have the right to determine specific laws on controversial topics within their own borders. Oddly, the same court led by the same Justice just the day before overturned New York’s one-hundred-year old gun law regarding personal carry. The two-day view of rulings suggests that the court feels states (like Mississippi) should have more control over their laws while others (like New York) should not. Or, alternatively, that abortion can be restricted while guns cannot.

So what is the impact of the law? In a number of states “trigger” laws had already been passed, meaning abortion would be immediately or soon restricted after such a ruling. Our state is one of those states. Tennessee law was set to go into effect thirty days after any ruling that overturned Roe v Wade, but the state requested and was allowed to impose it earlier. It is now in effect.

The Tennessee Human Life Protection Act, passed in 2019, makes providing an abortion after six weeks a Class C felony. Most women do not know they are pregnant at that point. It does not punish the woman seeking the abortion. Governor Lee called the ruling and Tennessee’s new law, “a hopeful, new chapter for our country.”

Women may still leave the state to receive an abortion (assuming they have the means). If an abortion pill is prescribed by an out-of-state doctor, any Tennessee pharmacist who filled such a prescription could be prosecuted. Additionally, in May Governor Lee signed into law legislation that “A manufacturer, supplier, pharmacy, physician, qualified physician, or other people may not provide an abortion-inducing drug via courier, delivery, or mail service.” It is unclear how Tennessee could monitor such mail deliveries or enforce its laws on someone in another state.

Unlike laws in other states, Tennessee’s law provides no exception for rape, incest or pregnancy from sex trafficking. For a doctor to perform an abortion, they have to determine it is medically necessary to preserve the physical health of the mother. They must also determine if it is legally sanctioned and will almost certainly not proceed without speaking to an attorney, if at all.

The impact of this and laws in other states will be slow to be documented as statistics often lag, but the fear is that more illegal abortions will increase harm to women. Additionally, many more babies will be born into difficult circumstances, which will likely lead to a surge in foster care populations.

Another immediate impact of the ruling was the reaction seen in these photographs. A rally attended by (my guess) 2,500 to 3,000 people marched on Gay Street the day of the ruling. There was another rally on Sunday on Market Square that I was told may have been larger, though I didn’t see that one. 61% of Americans believe that abortion should be legal all or most of the time and many of them are now angry.

As to what happens next, some of that is unclear, but we know some things. First, abortion clinics in the state have now ceased operation. We know that a significant number of states will expand their abortion laws. But will the shift be reversed? That seems unlikely. The Supreme Court has made its position known. Not enough states would agree to a constitutional amendment. Congress has no chance of passing a national law supporting abortion. There aren’t many other near-term avenues to explore.

There will be marches and angry speeches, but will it matter? The anti-abortion forces took fifty years of steadily working to elect supportive legislators, judges, congressmen and women, and presidents. Ultimately, the election of Donald Trump with help from Mitch McConnel put the final three justices in place that achieved the decades long desire of the minority of Americans. Can the pro-life movement match that feat of patience, planning, and determination? We may have to wait fifty years to see.