Two Celebrations in One Day on the World’s Fair Park 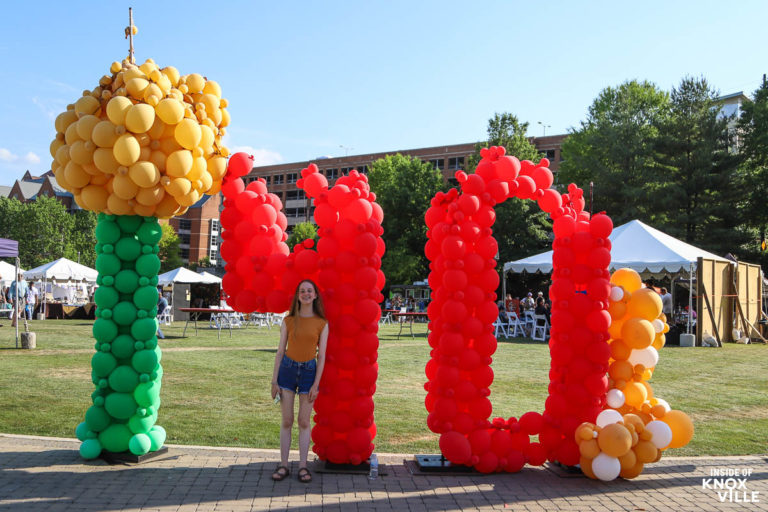 This will be mostly a photo essay. Saturday was a beautiful day, if a bit warm and I had to come and go from the festivities. Many of the photos are from just after opening of the events so, while the crowds appear to be missing, they came later. In the end, both events were well attended.

I did an early walkaround and then took a break to join a celebration for a family friend who is graduating. I returned in the afternoon with a festival buddy. Urban Girl wanted to nose around the L&N STEM School and that attraction was enough to entice her to hang out for some music and festivities.

The Children’s Festival of Reading is an important piece of our festival season. Children are exposed to authors and lots of books. They are able to sign up for summer reading programs and engage with characters straight out of the books they love. It’s the kind of thing that can spark a life-long love of reading in a child.

There is also a decent dose of music and I was able to catch a bit of Kid Stuff with Sean McCollough and guest artist Sarah Pirkle. I enjoyed watching the children making music of their own, as well.

I got in a couple of doses of the 40th Anniversary Celebration, first alone, and later with Urban Girl. I caught an early performance by Go! Contemporary Dance Works and we enjoyed the Knoxville Gospel Choir toward the end of the event. She humored me while we walked around through the crafts and booths, happily flitting off with a friend when given the chance.

The World’s Fair will always hold a spot in Knoxville mythology. There are probably a lot of ways we each remember it. Urban Woman and I moved to Knoxville in August 1982 while it was at its peak. We could only afford to go once and that turned out to be on the largest attendance day. The biggest thing I remember is catching a glimpse of Jimmy Carter and that was worth something.