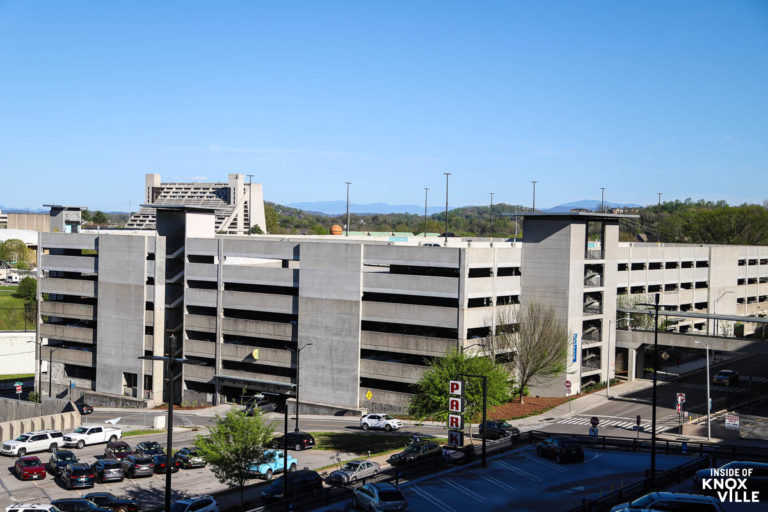 Said no one ever.

“I’m going downtown for the evening to enjoy the great parking!”

I’ve been struck in the last few days, since my publication on Tuesday regarding the pending development on the 200 block, with the comments I’ve read, both here and on social media, about parking in the city. The new project, which will include 52 residential units, is offering parking in a garage adjacent to the new building. You might be hard pressed to realize that if you only read the comments.

When downtown parking comes up, a nerve is struck for many people. Surveys have shown that overwhelmingly people think there isn’t enough parking in their city, while studies of the parking in those same cities often reveals an overabundance. And while it is true that everyone who doesn’t walk, bike, or take public transit into the city must park a vehicle, once it is parked, what are they looking for? More parking lots and garages?

No, they want to explore a cohesive downtown with interesting businesses, a vibrant atmosphere, and appealing spaces formed by attractive buildings. So, a balance must be struck. We could raze everything but Market Square and pave the rest for parking and there would be no problem planting the car. But no one would be interested in coming downtown. The denser a downtown, the more interesting (think about New York or other great cities), the more parking, the less interesting.

Look at the map provided below (thank you Allie Montgomery and Justin Hare!) at the density we’ve lost. The grey in the first map represents buildings in Knoxville in 1935. The second map shows buildings in the grey and parking lots and garages in orange as of 2014. By this time, more space is devoted to parking than to buildings. The green in the third map reveals the buildings we’ve replaced by 2018 — precious few. We have become a downtown of parked cars or empty spaces. Imagine wandering around in that 1935 city!

It is ironic that this conversation started regarding a new residential development that will go a long way toward mending the damage that was done by cars in that spot. When the swooping Summit Hill was inappropriately planted in the city, it wiped out an entire block of interesting businesses, including a district dominated by African American businesses. The western side was further demolished to allow for parking the cars that swooped in on that road. Now that we are trying to undo some of that damage, the first point of conversation is “but what about the cars?”

There are many reasons to live in one kind of place or another and they are all legitimate. If you want to live in the mountains, on the water, or in the country, you can’t find those things downtown. If you want a suburban neighborhood where socio-economic status is relatively uniform, the city isn’t for you. If your number one priority is easy parking and the weekly trek from your car to your home with groceries is a primary concern in your life, the city probably isn’t for you.

I’ll make it personal to illustrate the point. In 2002 my wife and I bought a lovely home in west Knoxville with a 3-car garage. We loved many things about that home. It was spacious, beautiful, and the subdivision was nice and tidy. We rarely saw the neighbors because we pulled into the garage after work and never came out unless it was to work in the yard or to relax out back on the deck behind our privacy fence. For us, something was missing.

We realized that every opportunity to enjoy a night out was spent in one place: downtown. Why? We loved the old buildings and the feeling of history, and the feeling there was a “there” there, it was a real place. We had favorite restaurants, even back then (La Costa, Tomato Head, Pasta Trio, Bistro at the Bijou, Java). We came to shows at the Bijou, Tennessee Theatre, and on Market Square. I must have seen 65% to 75% of all the Sundown in the City shows. We’d come to the City People downtown home tours many times. As much as anything, we loved walking around and pondering the beautiful buildings.

Once we decided to take the leap, we investigated as much as we could about downtown. There wasn’t much information, to be honest. We were concerned about property values because the investment in a home would be the largest piece of our net worth. We were a bit concerned with safety. We didn’t know what happened in the hours after we safely returned to our west Knoxville home (which was probably best!).

What were we not worried about? Parking. We knew it would be different. Our building had fourteen units and seven very bad parking spots. We learned to use the nearby garage and it was rarely a problem. We had two cars for the first five years and one for the last eight. We’ve never had the car damaged or broken in to. And we’ve always managed to get our groceries to our cabinets and refrigerator.

In other words, parking isn’t going to lure someone downtown, but neither is it going to stop someone who is in love with life in the city. As to the people who are so concerned about parking — they are not the people who will move downtown.

Consider flipping the question on its head. Instead of “Why would you move downtown where it is so hard to park?” what if we asked, “Why would you move to a suburb where you can’t walk to anything?” It is at least an equally legitimate question, and I would say more so. The sacrifice I make having to carry groceries further from a car is more than offset by the magic constantly waiting outside my door. I have stunning views, cocktails, great food, free music, world class entertainment venues, festivals, friends, and more in my neighborhood!

So, what do you want to build your life around? The convenience of carrying your groceries? That’s fine, but many of us who are fortunate enough to be able to make the choice, and I recognize that privilege, would choose a vibrant neighborhood to share will all manner of people, over an enclosed three-car garage. It is not for everyone, but it is a rational and legitimate choice of its own.

One of the details that struck me in the thread was that housing at “that price” (quoted at $400 per square foot) “should” include parking and no one will pay that without it. Underground parking was seen as a no-brainer. Well, it’s more complicated than that. If you wanted to add underground parking to that building, you would be looking at $20,000 per space or more, and that is hoping there are no surprises under the earth. Assuming 1.5 spaces per unit, that would be an additional $1.6 million which would be added to the units, increasing their prices by another 30,000 or so each. We want affordable housing, but we want parking. They sometimes conflict.

Let’s also challenge the idea that “no one” will move downtown without parking provided. Very few downtown homes have a personal garage. The units at City House at the top of Vine (built also by Hatcher-Hill) and Ryan’s Row, also on Vine, are among the very few that have a private attached garage. Some buildings include a garage, like the Pembroke and some of the newer developments like Stockyard Lofts, Marble Alley, Regas Square, and the planned Capitol Lofts.

But others have no garage and have never offered parking. Consider the Holston Building. These are some of the most expensive properties in east Tennessee per square foot. Several would likely now sell for over a million dollars. No parking provided.

The Burwell Building over the prestigious Tennessee Theatre: no parking provided. Gallery Lofts over Mast General Store, Lerner Lofts on Gay Street, the J.C Penny Building, the Phoenix Building in the heart of Gay Street: No parking. The same is true if we run through many of the buildings in the Old City.

Units in these buildings are selling as rapidly as they go on the market. They are selling to people who value being in the heart of a vibrant, historic, multifaceted organism that is a city. That is what sells homes and fills apartments in the city. It is never been about the parking and it never will be.

Perhaps you are realizing downtown living isn’t for you, but you enjoy visiting and are frustrated with parking when you get here. I encourage you to get to know the massive parking resources outside of your favorite spot. There are six city-owned garages with 6,208 free spaces nights and weekends (and only $1 per hour otherwise!) located right in the heart of downtown. I can see the State Street Garage and the Promenade Garage from my home. I can tell you with conviction, neither has been full once since at least early 2020.

That’s not to mention the 1100+ spaces in privately owned but open to the public garages. There are over 230 free spaces in parking lots in the Old City and another 177 that are free nights and weekends.

For great information on these parking options and others go to the Downtown Knoxville Alliance’s great parking resource. Come downtown, ditch the car for a bit and fall in love with your city! We have a parking space with your name on it.